The DrakeCast Episode #30 – Hoppers & Droppers: The Story Behind Hank Patterson 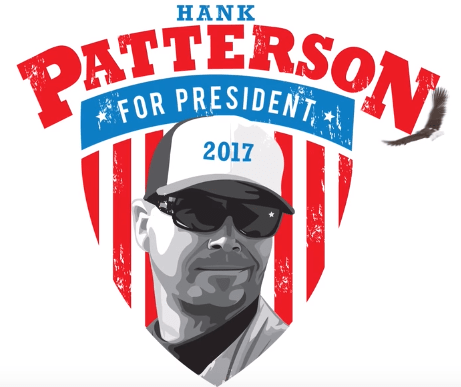 Roughly six years ago, Hank Patterson was born. He exited the womb as a physically grown, mentally stymied flyfishing expert and guide. But before there was Hank, there was a Shakespearean actor turned video producer named Travis Swartz. This is their story.

This episode of the DrakeCast is made possible by our good friends at Yellow Dog Flyfishing Adventures and Scott Fly Rods.

Other podcasts have brought Hank Patterson on to jibber jabber and give questionable fishing tips, but in this epiosde of The DrakeCast, we sit down with the man to invented Hank: Travis Swartz. We hear where the idea of Hank came from, how Hank has changed Travis, and what both of them are planning for their near future.

“For the first episode of Hank, we wrote it, shot and editted it, and had it Fedexed to Tom Bie at The Drake all within three days. And within about two to three hours of him receiving it Tom Bie called me and was like, ‘I just watched this thing. Holy shit Are you for real?’ And I was like, ‘Not at all!'” -Travis Swartz

“Why do I fish? It’s the same as a lot of people, it absolutely clears my mind. Everything at work and all the stress, everything esle just sort of disappears when I’m fishing. There are other ways to do that for other people and it just happens to be fishing for me.” -Travis Swartz

“The only thing dumber than Hank Patterson is if you watch the video and think it’s real.” -Travis Swartz