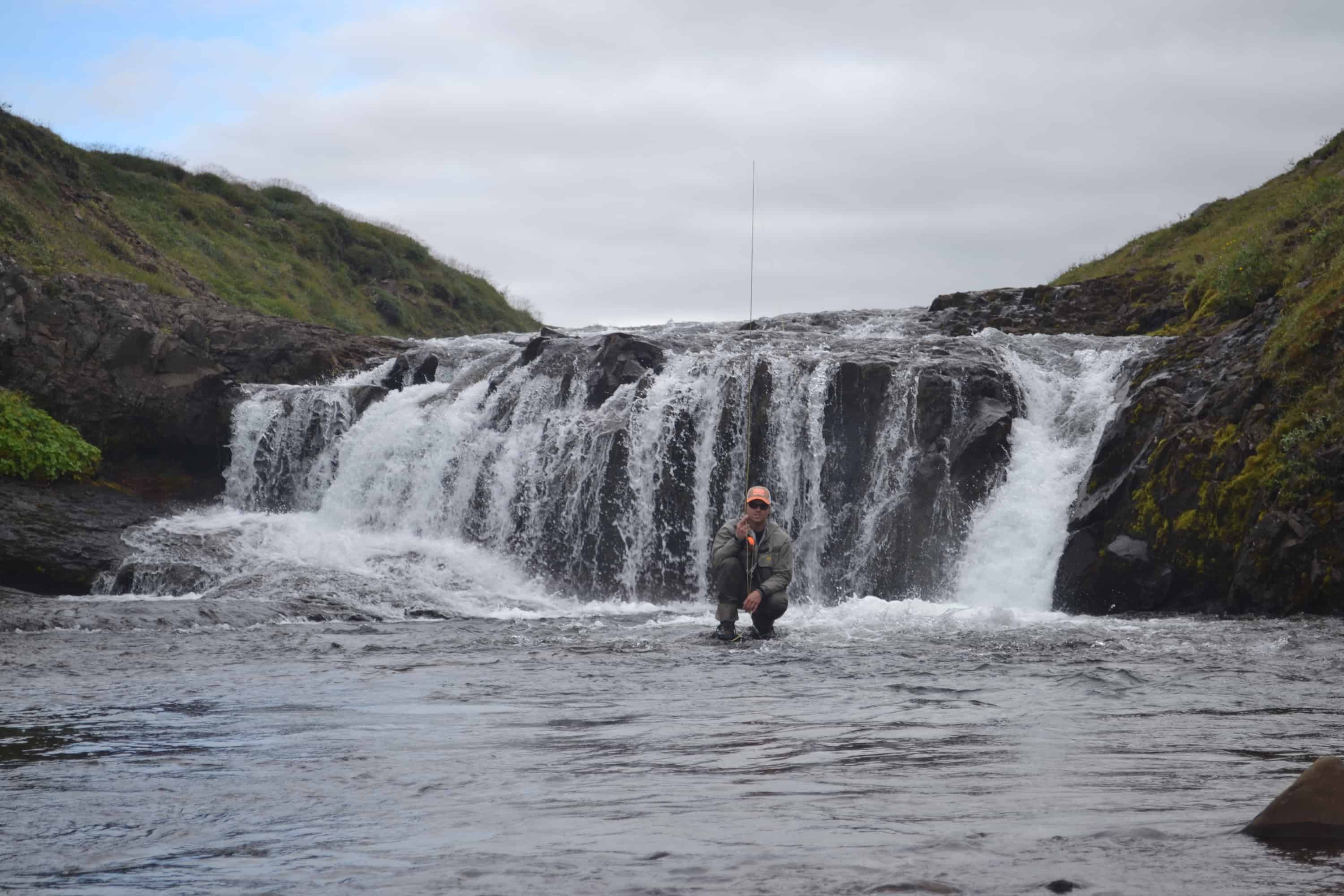 This week’s episode of The DrakeCast takes us to a volcanic island unchanged by time. The hills, mountains, and rivers of Iceland are largely the same as they were when the last Ice Age receded. I was there to continue my quest for the illusive Atlantic Salmon. But while there, I stumbled into so much more. Brown Trout, Sea Run Arctic Char, $12 beers, and ilicit substances that I had accidentally brought into the country made this an unforgettable experience. During my stay, I also learned about the local fishing practices and considered their implications on the environment, anglers, and the fish.

This episode of The DrakeCast is brought to us by our friends at Scott Fly Rods and Yellow Dog Flyfishing Adventures.


During my time in Iceland, I fished the Bakkau River, The Upper Sela, and the Big Laxa with Kristjan Raffnson who co-owns Fish Partner, an Icelandic flyfishing outfitter. We spent most of our time in the northeastern corner of the island.

“All water in IC is privately owned. Every single lake and river, nothing is owned by the governmentt so you have to buy licenses from the landowner. The best fisheries in Iceland are leased out to a guy like me who controls the waters and sells fishing licenses and operates everything around them.” -Kristjan Raffnson explaining how river management and fishing access works in Iceland. 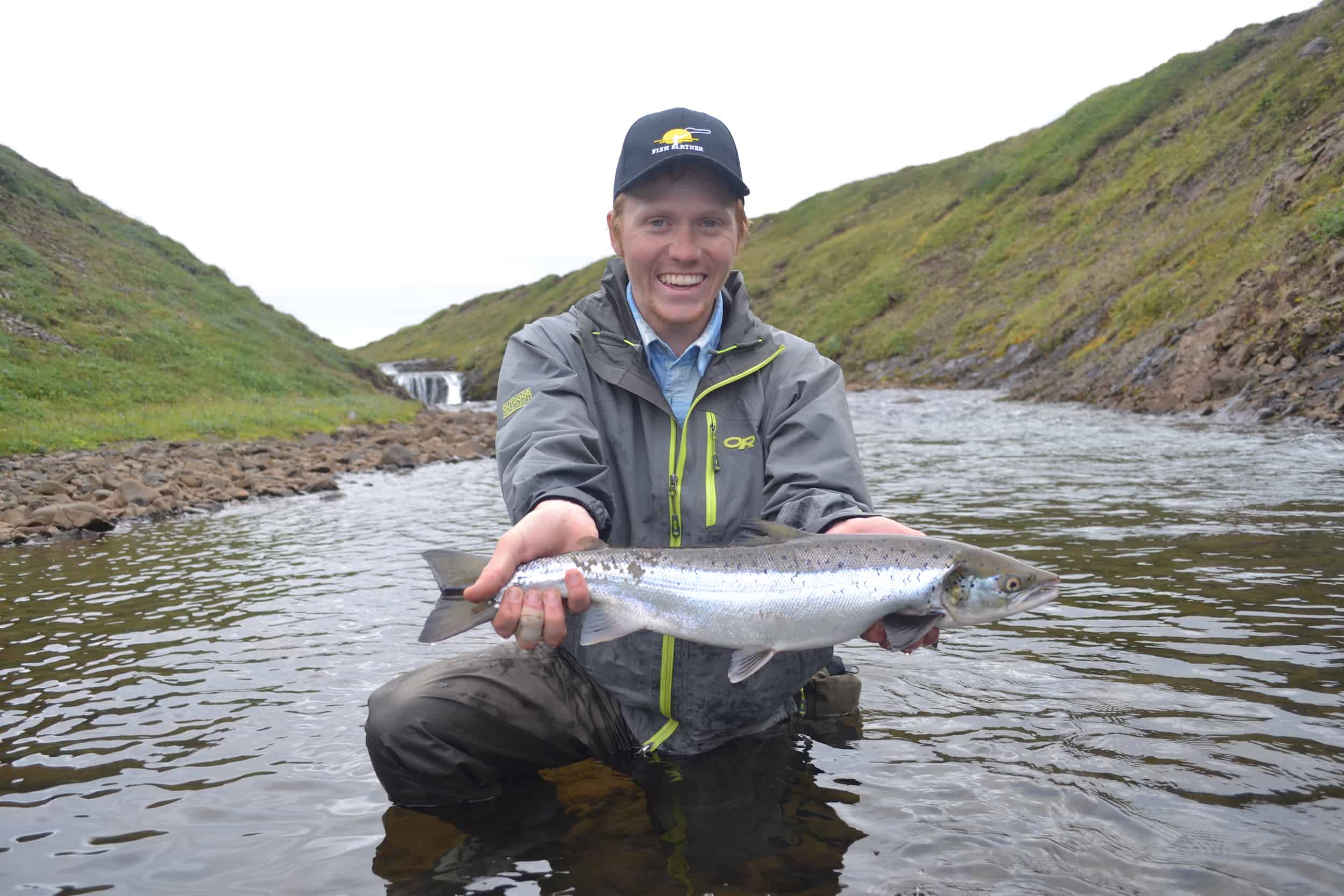 “We killed this fish. He choked a mouse so deep that I ended up puncturing two gills. He bled out in less than 15 minutes. The fillets were bright orange- typical of a wild spring creek trout and made an excellent backcountry shorelunch. I think we all need to remember that fishing is a bloodsport. Even if you practice #keepemwet, debarb every hook, fight fish fairly on heavy tippet, some fish are going to die. Own up to your actions by eating bleeding fish (where legal), and use best practices that minimize the chances of fatal hookups.” –Zac Cassil (driftless_drifter) acknowledging the realities of fishing. Unfortunately, this Atlantic Salmon didn’t survive either. 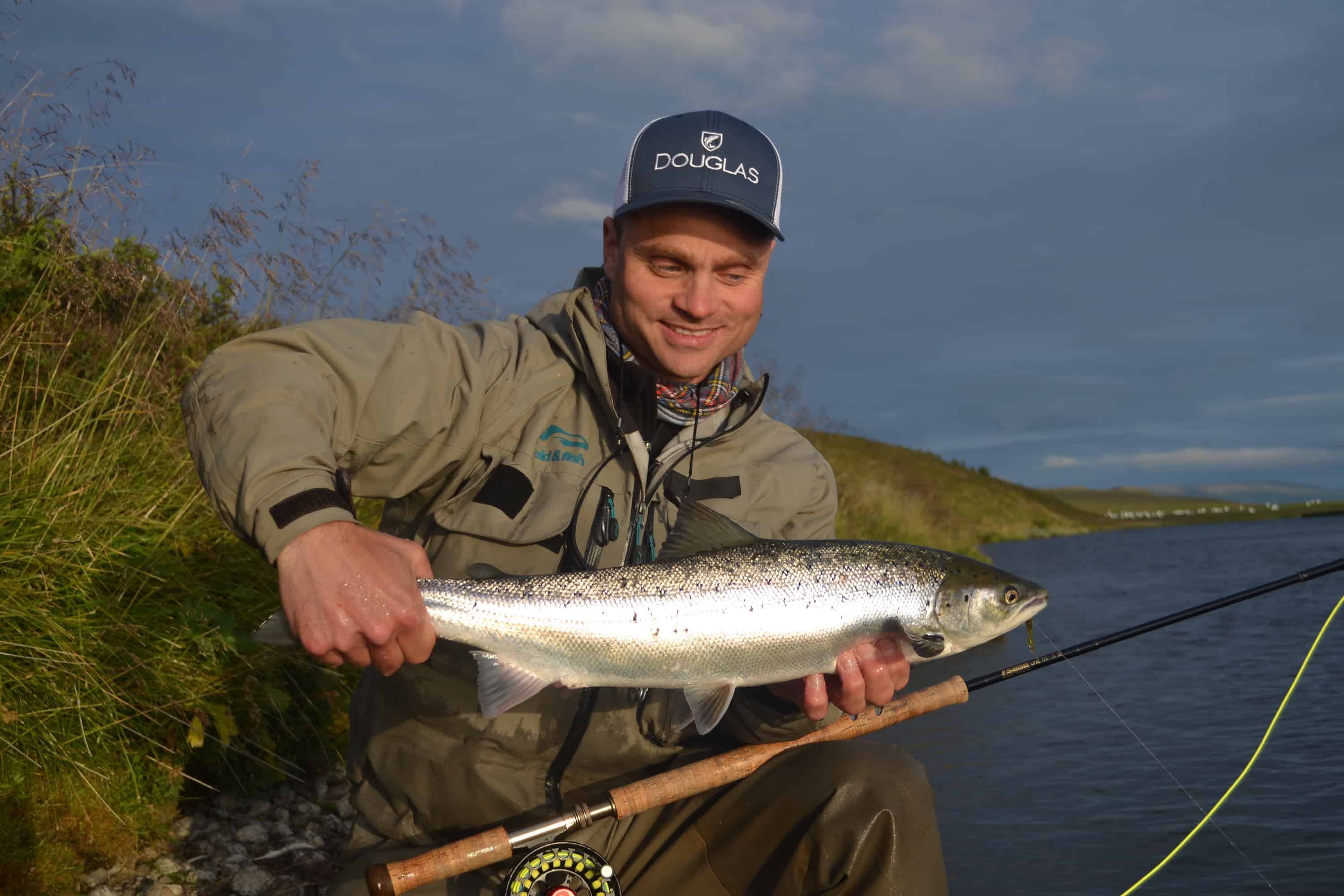 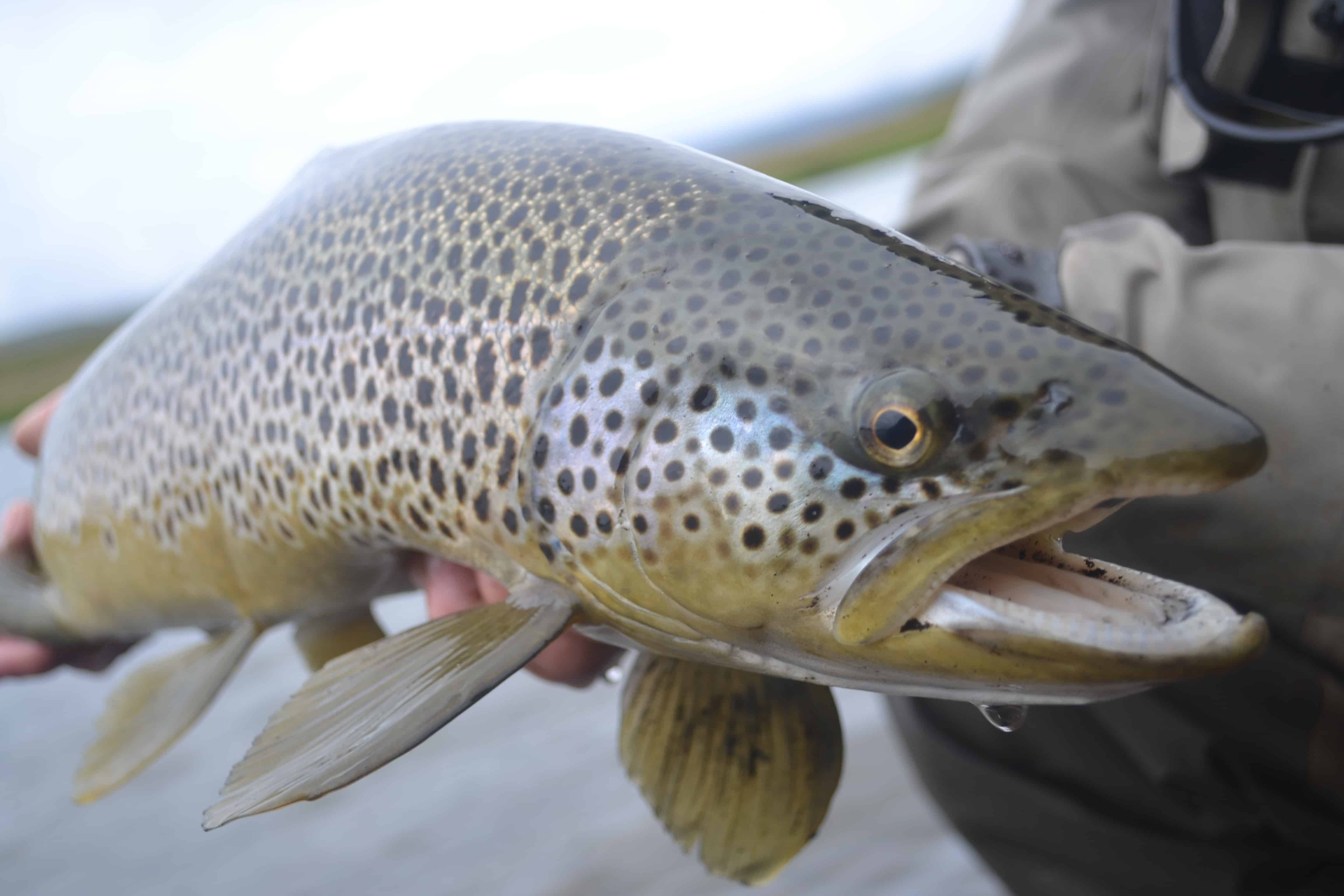 “I have a great memory here. It was in late June. Usually there’s not much fish in the river here in June but I came up and I took a very far cast out to the middle of the river, and a fish takes. It turns around and ssssssss down the rapids. And I followed the fish all the way down to the next pool. I ran so fast that I could taste blood in my mouth. So I fought the fish there for about 10-15 minutes and then it went behind a rock for a minute and that was it. Adventure story.” Sometimes the most memorable fish are the ones that get away. Kristjan with a nice Atlantic Salmon and brown trout from The Big Laxa. 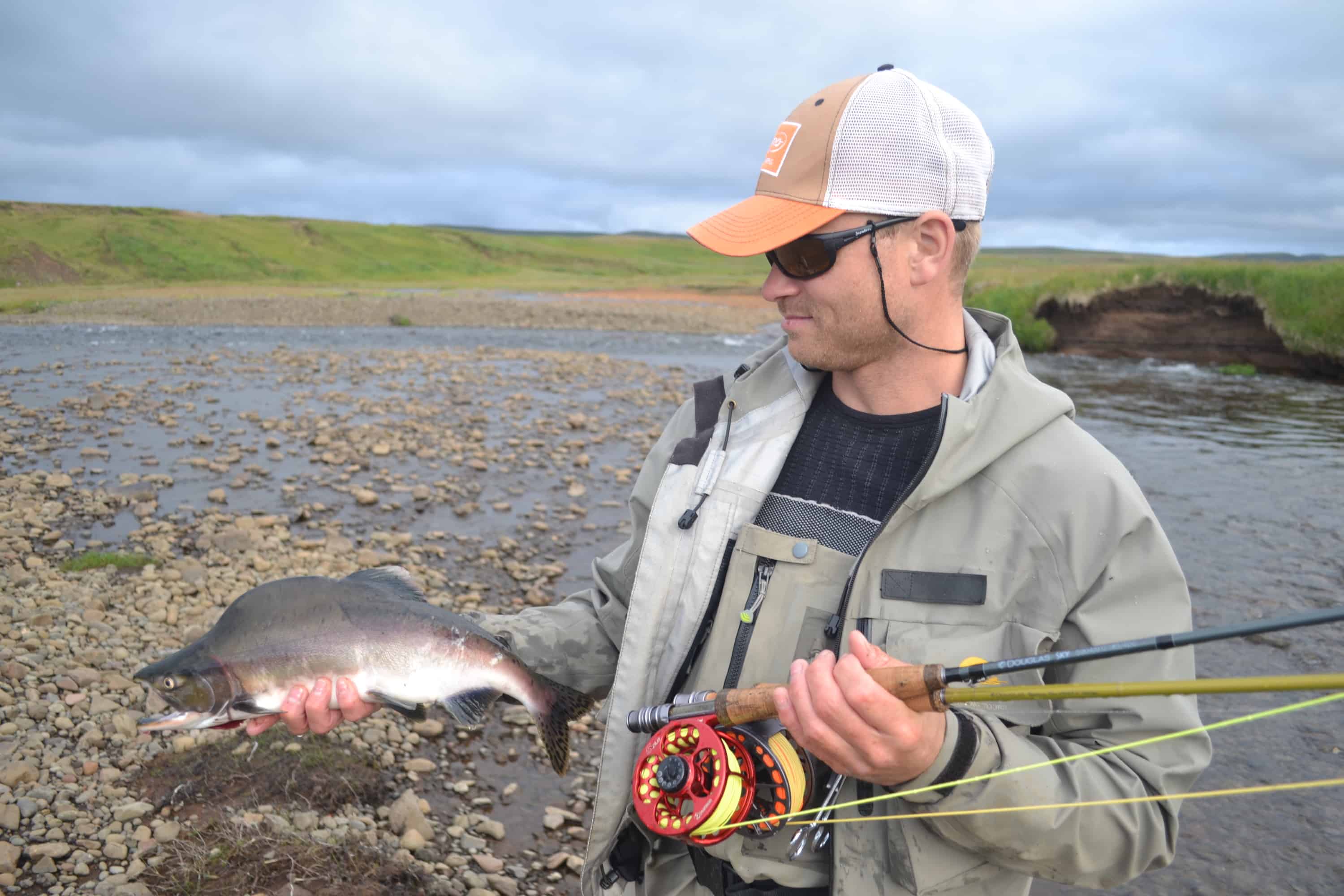 “That’s the second pink I have caught this year. And it worries me a bit because they’re catching pink salmon in all the rivers in the area. So I’m concerned because they can spawn here like in Russia. It’s a plow. They’re all over the place. They’ve been catching a lot in the UK so it worries me a lot.” -Kristjan Rafnsson with a disgusted look as he holds an invasive rat that shouldn’t be in Iceland. 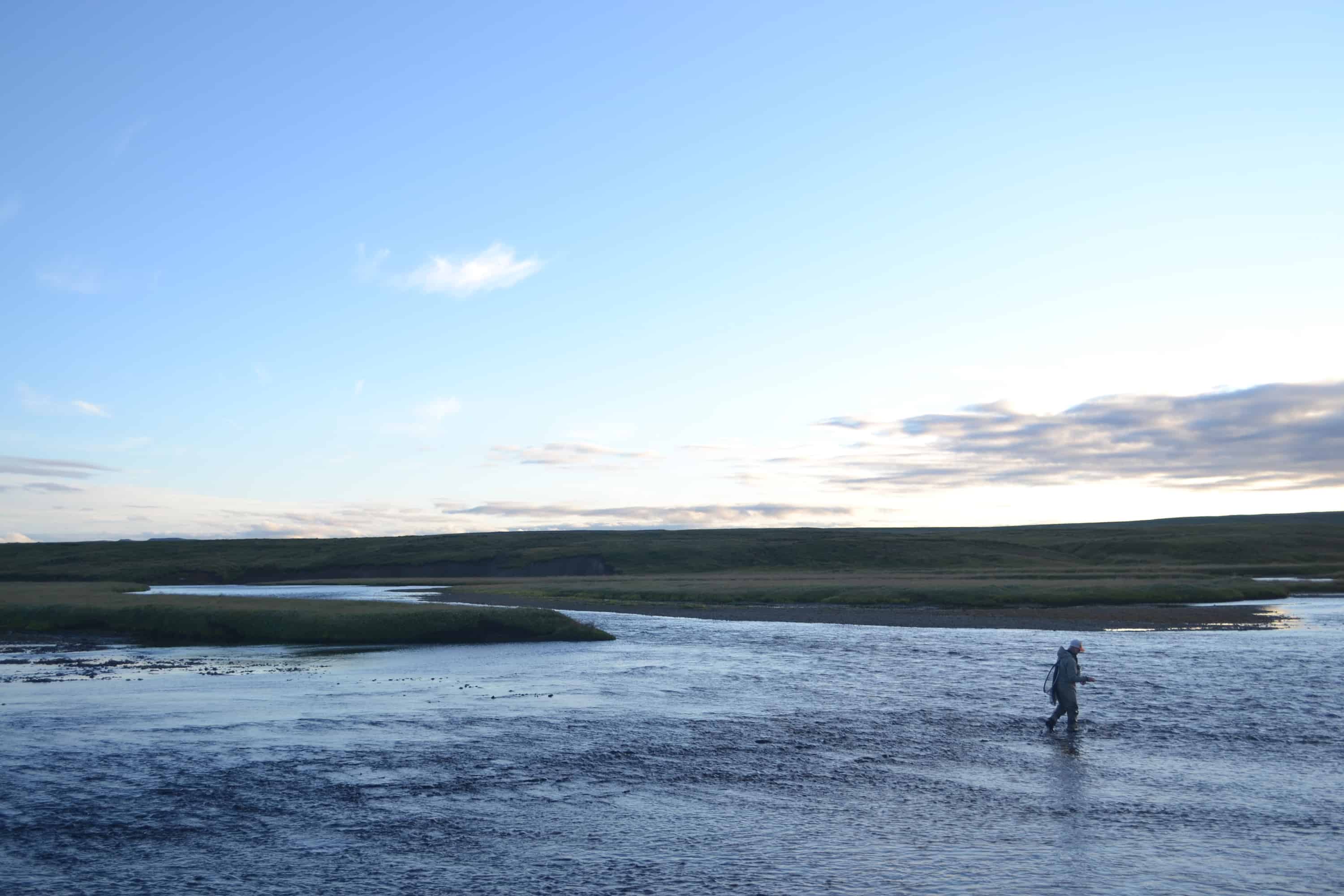 Many thanks to Kristjan and Fish Partner for their hospitality. For more information on their flyfishing operation in Iceland, visit their website. 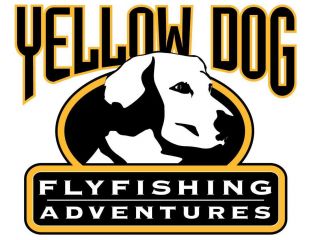