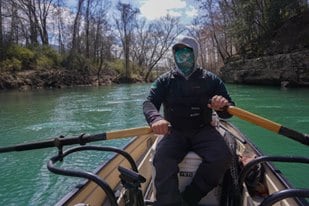 These episodes of the DrakeCast conclude the Road Trip Miniseries, which follows the Fly Fishing Film Tour road crew as they make their way from coast to coast to coast. In episode #34 we’ll hear about the steelhead of Oregon and their Michigander cousins. Episode #35 tracks the team from Michigan to Georgia to California to Colorado. Along the way you’ll hear stories about a night bite on the White, some shad loving yokels, and where the crew is headed next.

As always, a huge round of thank yous to the folks at Yellow Dog Flyfishing Adventures and Scott Fly Rods for their continued support of the DrakeCast.

Below: (left) Chris Willen rows Paul and Rex to their first ever muskies on the fly, (right) Sanford Anthony with a White River Mouse eater. 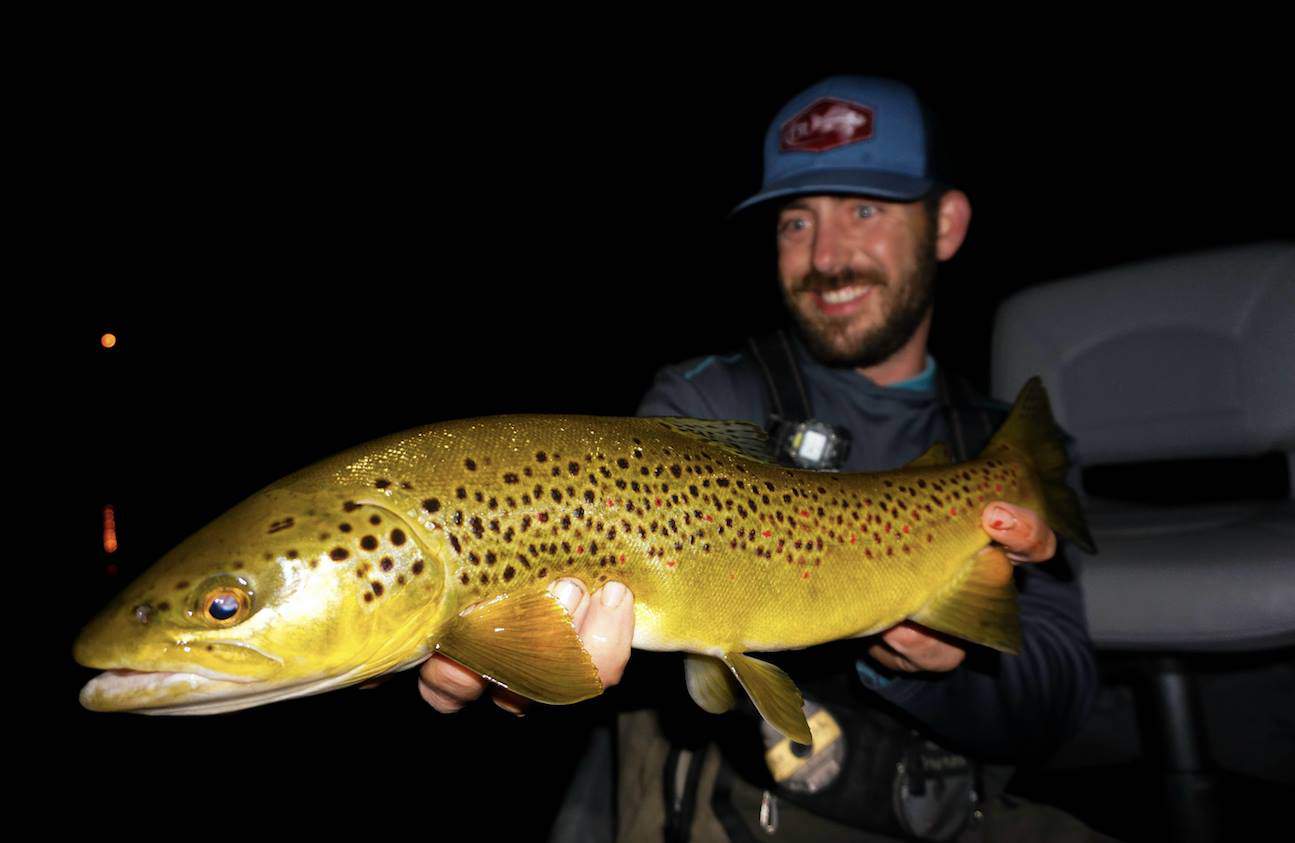