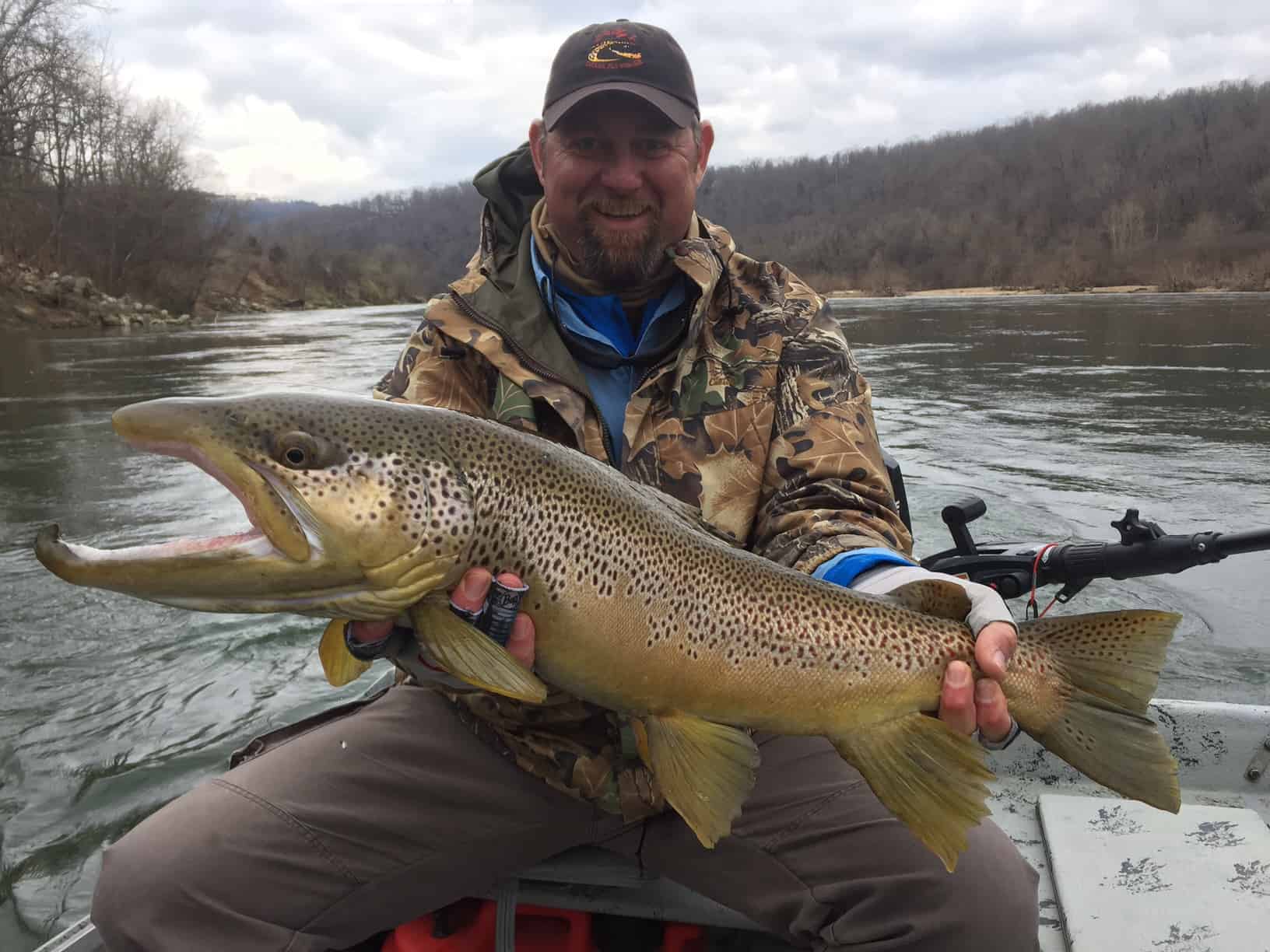 “We’re chasing trophy fish and it’s hard. It shouldn’t be easy. It will kick your ass. It’s physical. Big flies hurt more when they go into you and its covering miles and miles of water. But you know, none of us got into this game because flyfishing was easy. We got into it because it was a challenge.” -Steve Dally of Dally’s Ozark Flyfisher talking about chasing big fish on Arkansas’s White River.

This episode of The DrakeCast is sponsored by our friends at Yellow Dog Flyfishing Adventures and Scott Fly Rods.


A couple months ago, I found myself driving through Northern Arkansas. This part of the state is dotted with broken down gas stations turned into liquor stores, churches preaching the good news, and little windowless shacks advertising discount handguns. But tucked away in this corner of Americana is a trophy trout fishery. If you’ve seen a picture of a gigantic brown trout in the past five years (see above and below for examples), there’s a good chance it came out of the White River. However, ten years ago, very few flyfishers were catching big fish on the White. So how did the White River become the epicenter of monster brown trout? This is a story about exploration, failure, and teamwork. But really, its an invitation to find your own White River, which could be right in your backyard.

I was in Cotter, Arkansas to find out how a tight-knit group of fishing bums learned how to catch these colossal fish on the fly. While I was there I chatted with Steve Dally, who manages the go-to flyshop in the area, about how a Tasmanian surfer wound up in a oft forgotten, landlocked state. I also caught up with Alex Lapkas, a guide from Michigan who brought his brown trout tactics south in search of buttery gold. He told me why big streamers work so well when targeting oversized brown trout.

“When you get to seven and eight inch flies, especially on bigger rivers, they’re an effective way to fish big, open, low density water. You can cover more water with each cast with a bigger fly. If you go out on the river with a three inch fly, you’re going to spend all day fishing a 100 yards of river. If you run that seven to eight inch fly, you can cover distance, fish move more for it, you can fish it a little bit more quickly and cover enough water to find those spread out fish.” 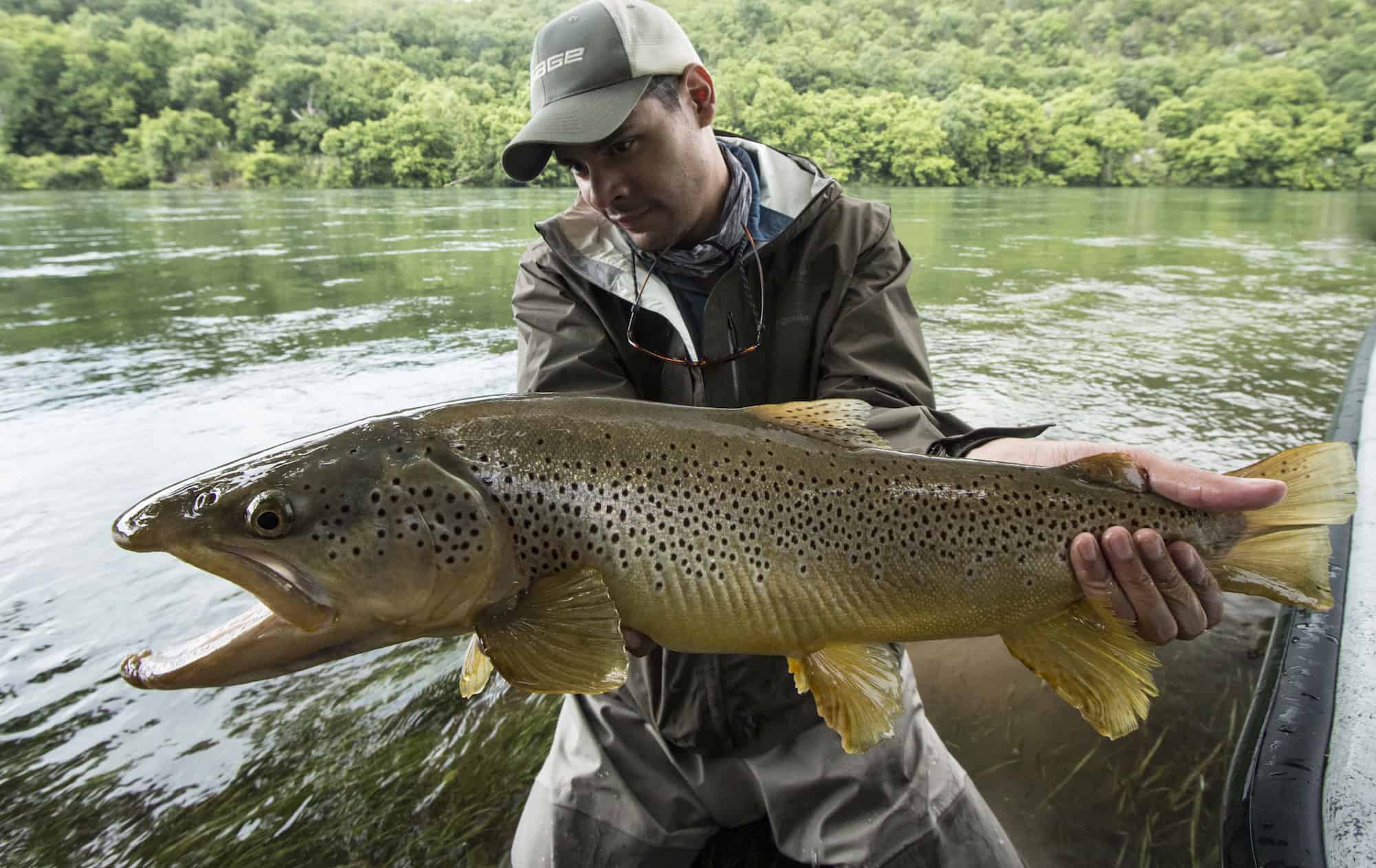 Finally, I had a great conversation with streamer guru Kelly Galloup about how he started fishing with big flies. He retold the story of his first encounter with a monster brown back in the 1990s.

“I was watching a bass show and it was Larry Nixon, he’s a famous bass guy and he was doing what’s called walking the dog, which is a stick bait that goes back and forth and it was a top water… And I’m watching it and of course he gets this huge fish to blow up. This is the middle of July in Michigan so I thought what the hell, I’ll go try it. So I tied up this big six or seven inch stick bait, and I went down to the Boardman River where I grew up and pretty much thought I knew every fish on it and I just started walking the dog. You’re trying to make the fly go back and forth, left, right, left, right… and the fish ate it on the surface, just blew it up, I mean f****** annihilated it. And I got my first really huge daytime brown trout, a 27 incher… I knew something wasn’t right and everything I’d been told, it was all regurgitated bull**** and from there I had to relearn everything.” 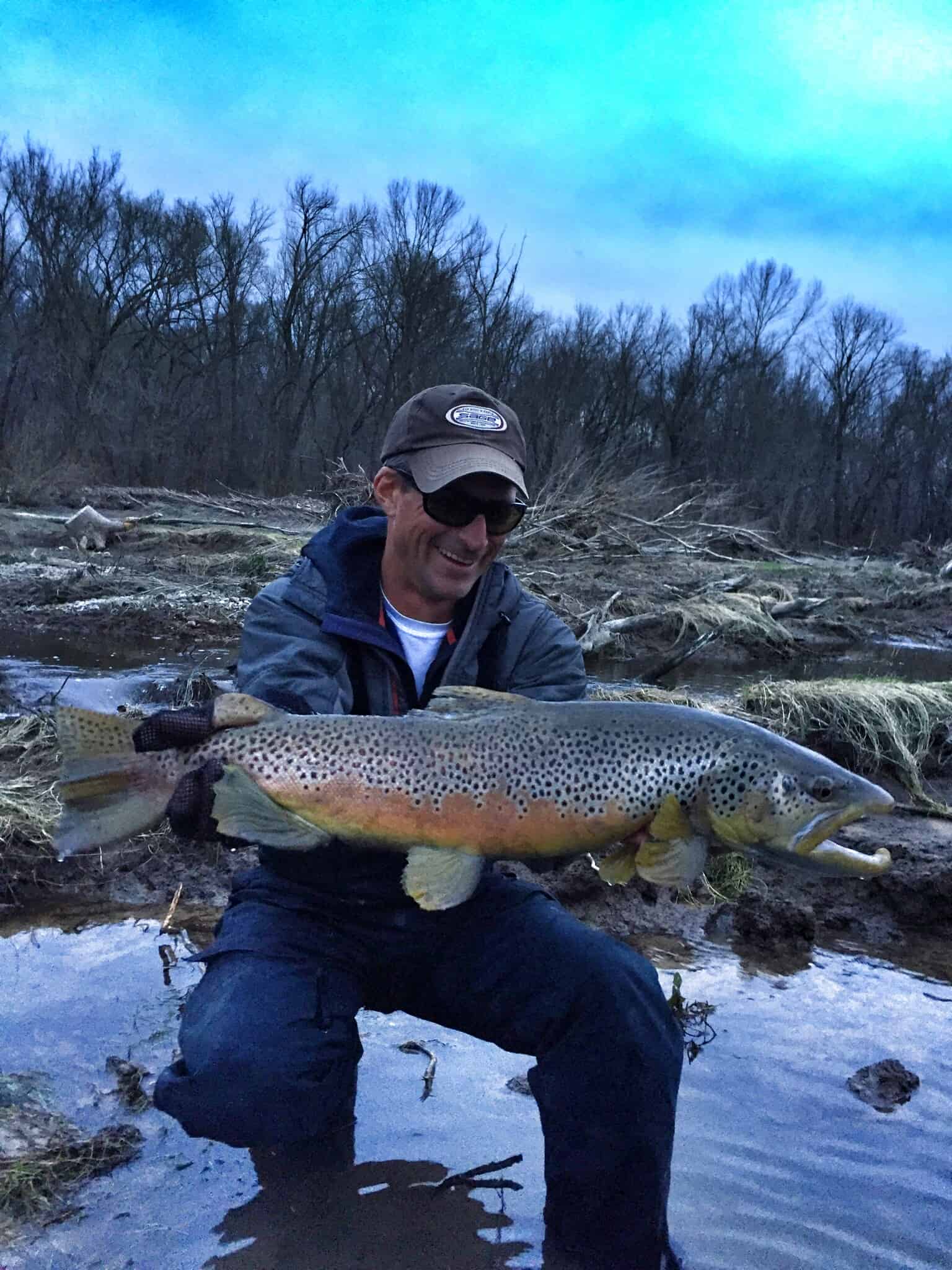 A shoutout to Dally and the whole crew at Dally’s Ozark Flyfisher in Cotter, Arkansas. On their website, you’ll find announcements about Streamer Lovefest and the other events Dally has up his sleeve. And thanks for sharing these great photos with us.

Many thanks to Alex Lapkas for taking the time to chat with me. He’s guiding in Michigan right now but will be back in Arkansas this winter. Check out his website if you’re taking a trip to either of those places in the near future.

Kelly Galloup, it’s always a pleasure chatting with you. If you find yourself in Montana, swing by Galloup’s Slide Inn.