Episode #27: Fish on the Brain + The DrakeCast: A Collaboration 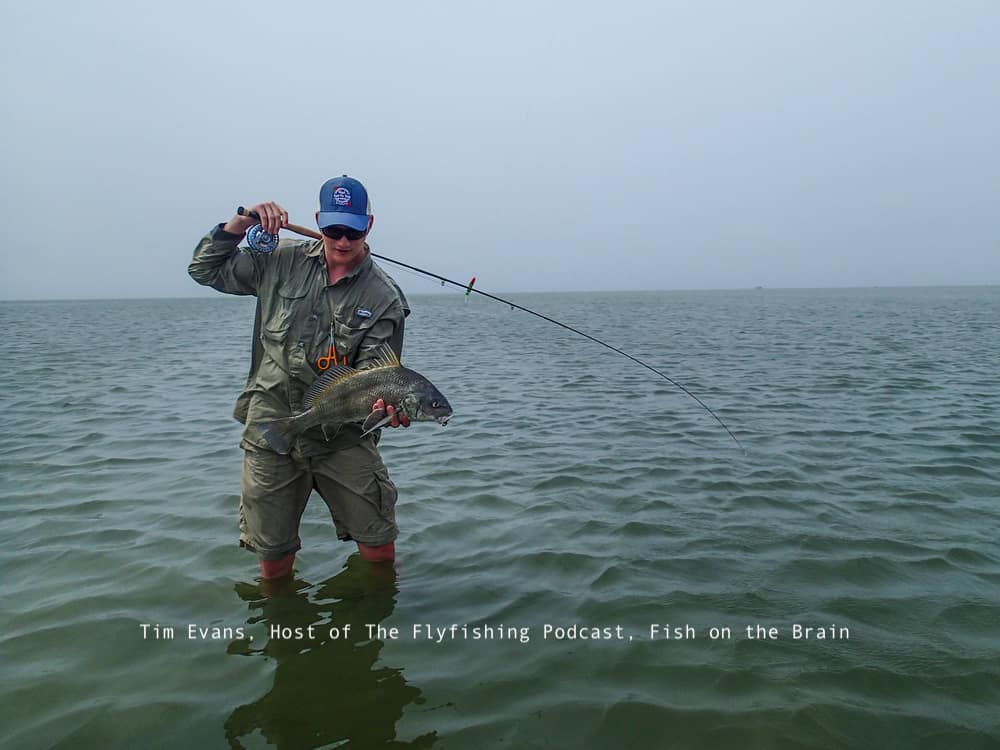 Last week, we had a chance to catch up with Tim Evans. He’s a salesman that lives in Casper, Wyoming but you most likely to know him as the man behind the Fish on the Brain podcast. This episode documents Tim’s entry into the world of flyfishing, podcasting, and storytelling. While we cover those topics, we’ve also spliced in a few choice clips from both The DrakeCast and Fish on the Brain. David Mangum, Jeff Currier, narcissism, and Napoleon complexes all make appearances.

Many thanks to our sponsors, Scott Fly Rods and Yellow Dog Flyfishing Adventures for their continued support of The DrakeCast.

We met Tim on a Front Range Tailwater where we proceeded to toss bobbers at wary fish. It quickly became apparent that the trout weren’t interested in what we were throwing so we decided to salvage the day by sitting down in a sunny spot and chatting. The conversation ranged from fishing, to conservation, to storytelling, and podcasting in general. Most of this episode is an editted version of our chat but we’ve also inserted audio segments from Tim’s conversations with folks like David Mangum, KT Townsend, Kate Taylor, Jeff Currier, and Preston Sutter. The goal of this collaboration is to expose our audiences to some other great flyfishing-related audio in an engaging way.

We’re not sure if we managed to accomplish that goal but this episode will give listeners a backstage pass into the unorganized world of sticking microphones in the faces of anglers and what we believe this whole flyfishing thing means.

To find Fish on the Brain in its pure form, visit their website.