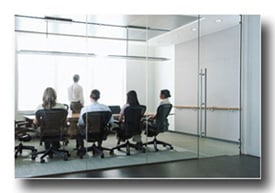 We received reams of mail regarding the “Drake Management Restructuring” satire piece in the current issue. For the record, what you hold in your hands is NOT the last print edition of The Drake. The 17th issue, Spring/Summer 2010, will in fact be our largest print issue to date—a testament to the viability of this medium, and you, our core audience, despite rough economic times. Although we won’t promise to hit every mark when it comes to funny, we soldier on. For further reference see: The Onion or some of our previous “news” stories. —The Eds.

It’s clear that the old way of doing things isn’t going to cut it in the New Media world we’ve entered. Consequently, The Drake is making a few changes to the way we carry out our business in 2010.

You hold in your hands the last print version of The Drake. As of next issue, our readers (who will now be called “users”) will no longer be forced to carry out the arduous task of transporting a magazine from the mailbox to the shitter three times per year. Instead of reading long, boring sentences about the Seychelles, you can now ask our contributors via Facebook or Twitter, “how R sunsets N Chelles?” And they will reply “they R good” or “nice w/beer.”

All new users will be required to “become a fan of The Drake” on Facebook, then answer a few simple questions such as “Pizza or Sushi?” and “What invertebrate are you?”

Bruce Smithhammer, VP of Marketing and Corporate Communications, who is on his third cup of coffee, explains: “We’re going to look at this from 30,000 feet, but we’re still going to drill down, stay on brand, pick the low-hanging fruit, and think outside the box. We’re also going to stay focused on our core competencies,” continues Smithhammer, who now really needs to pee, “in order to make this a value-added, win-win situation that we can fully monetize before everyone runs out of bandwidth and has to take it offline.”

Since we’ve been deemed Too Big to Fail in the U.S., The Drake will be relocating its controversial Defriending Department to a new 5,000-square-foot facility in Smithers, B.C.

“OMG this is very exciting, LOL,” says new Director of Defriending Dave Lawton. “Online defriending has, of course, been a steady growth area for years now. We looked at outsourcing the operation to a defriending center in Mumbai, but we are happy to announce that we are keeping these jobs domestic.”

In other restructuring news, Friends Who Don’t Row or Pole will become an independent subsidiary of Drake Holdings and will be re-named Friends We Only Call When We’re Wade-Fishing, LLC.

“To be honest, Friends Who Don’t Row has been an underperforming division for years now,” says Human Resources Director Tosh Brown. “We’re hoping the subsidiary, along with our new guide school; ‘How To Manage Your Trust Fund in Poor Cell Coverage’ will help create new and exciting revenue streams.”

Former intern and new CEO Tanner Irwin announced that he is looking to hire a few of his college classmates so they can teach The Drake Board of Directors what sites like Del.icio.us, Digg, StumbleUpon, and Tumblr actually do. And as for former CEO Tom Bie?

“We had to fire him,” says Irwin. “He kept walking around using terms like ‘Friendbook’ and ‘Myface.’ Ha! ‘Friendbook!’ What a tool!