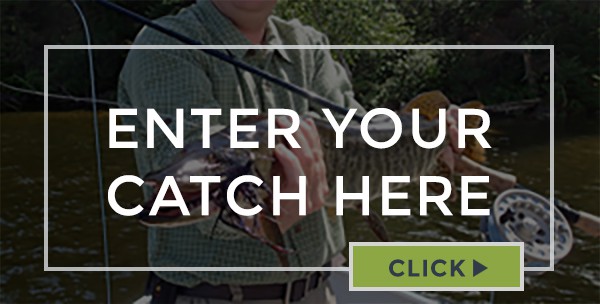 SINCE THE 1930S, THE WORLD OF BIRDING HAS HELD AN INFORMAL contest to find out who can see or hear the largest number of species of birds within a calendar year. They call this contest The Big Year, and in 2014-2015 The Drake gave flyfishing its own Big Year. Now it’s time for Round 2. Our contest will be run through Instagram, Facebook and other social-media outlets. It is open to anyone, and the rules are simple:

Starting Saturday, April 22 (Earth Day, and opening day of trout season for several states), post a picture of you with your fish on The Drake’s Instagram, Facebook, or Twitter page. Whoever posts the most different species of fish, that they caught starting April 22nd, 2017, ending April 21st, 2018 (Mountain Standard Time), on a fly rod, will be the Grand Prize winner. (This includes a 3-night, 2-day stay at Turneffe Flats in Belize.) There will also be monthly and quarterly winners, with some great prizes (rods, reels, line, coolers, sunglasses, gear) provided by our sponsors.

Proper fish-handling is key to our Big Year contest and to the health of the fish themselves, so if you have any questions about how to land and photograph a fish while doing the least amount of harm, please read these tips from our friends at Keepemwet.org.

2) While the fish can be from anywhere in the world, we are using the IGFA list of species (download the free IGFA mobile app for species descriptions). So, for example, a “cutthroat trout” is considered one species—even if you catch one from the Snake River and one from the Pacific Ocean, it’s still just one cutty. With hybrids, if they aren’t listed by IGFA—some are, some aren’t—it can be counted as one of the two species that make up the hybrid. For example, if you catch a wiper—a white-bass/striped bass hybrid—it can count as a wiper or a striper, but not both.

3) This is a catch-and-release competition, so each fish must be alive and be properly handled in the photos. If your fish is being mis-handled, it will not be counted! Also, like the birding version, we are using the honor system. If the fish you post was caught before April 22, 2017, it is not eligible. No cheating!

THE MAIN GOALS OF THIS EVENT:

To have fun, help show proper fish-handling techniques, and have a chance to win cool gear.

To showcase how many different types of fish can be caught on a fly rod.

Final note: This is not a “biggest fish” contest or a “most fish” contest, it’s a variety-of-species contest. For a more detailed explanation of the rules, and to see some of the prizes, and how to win them, visit drakemag.com.

Thanks, and good luck!