It’s 2011, the economy’s in the toilet, and businesses are folding at an alarming rate. So what did Allen Gillespie and Jeremy Nelson do? They opened a fly shop. Foolish? A guaranteed loser? Others may have thought so, but these guys dove in, opening 3 Rivers Angler that fall. They wanted to alter the flyfishing climate of the upper southeast and beyond with their business and thus far they’re well on their way. 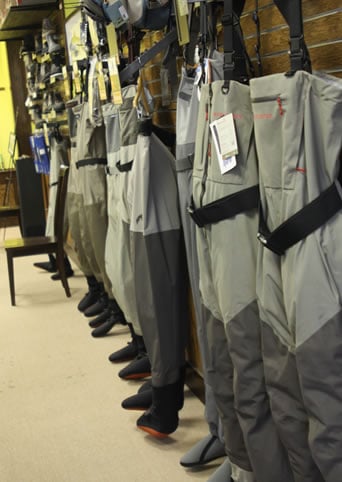 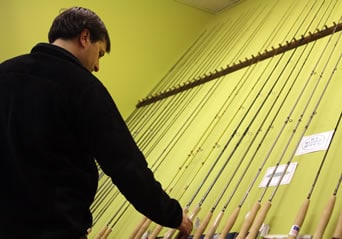 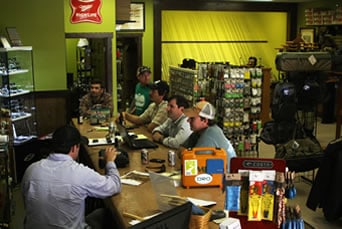 In today’s world of Internet commerce, you can get just about anything you want delivered to your door with one click. Gillespie and Nelson offered a commodity that no online site could provide: passion and knowledge. Upon entering the shop, it’s easy to see you’re in a place that speaks the right language. There are new flies in production, great music is playing, coffee is at the ready, and the equipment they carry is exactly what you need. No gratuitous fluff, no junk.

“So this fly rod is expensive, but does it really make a difference? Yeah, it does.”

Flyfishing and trout generally go hand in hand, but Nelson and Gillespie realized trout weren’t the only game in town. “Smallmouth, White Bass, Carp, Musky aren’t brought to town on a truck,” Nelson says. “There are abundant angling opportunities for you to catch just about anything on a fly rod. That is where we come in.”

To imbed themselves in the community of Knoxville anglers and beyond, they step out of the shop, hosting events such as The Fly Fishing Film Tour, a carp tournament, a musky tournament, events with Project Healing Waters, and have started a program to teach veterans how to tie flies. The shop is also involved in Cheers for Charity, a local fundraiser.

No tweed jacketed elitists in this crowd, 3 Rivers Anglers—started in a scruffy little city on the banks of the Tennessee, Holston, and French Broad Rivers—is the kind of fly shop most anglers wish they had nearby. Why? Simply put, because they give a shit. They get it. And the southeast is better for it.

Marc Payne is a freelance writer in East Tennessee. He is currently at work on his first book slated for a 2014 release. Marc lives on the banks of the French Broad River under the shadows of The Great Smoky Mountains National Park.