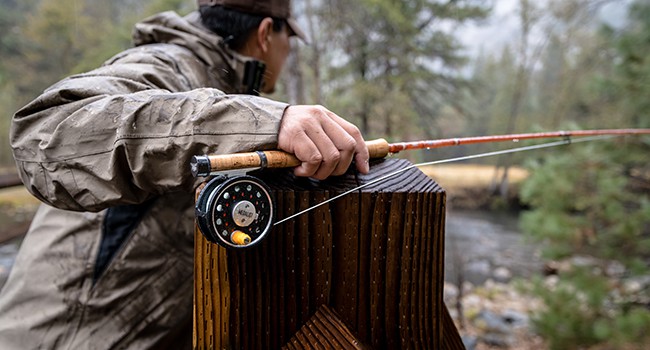 American tinkerers had a lot going on in the late 1800s—blueprinting modern cars, stretching cities skyward, and finding inventive ways to evade severe prohibition laws. Meanwhile, in Milan, Ohio, Thomas Edison flicked the switch so we could see in the dark. And about an hour east, in Akron, Earnest Pflueger—aka the Founding Pflueger—aimed to one-up his contemporaries, birthing the company that would spawn the ubiquitous Medalist fly reel.

As the story goes, Earnest’s son, Charles, patented the reel design in the fall of 1930. The Medalist name made its debut a year later in Pflueger’s 1931 catalog. Since then—from eBay scores to dusty garage-sale diamonds—the dependable, unpretentious Medalist has become a flyfishing standard.

Last year, Pfluegar reintroduced the click-and-pawl reel and picked up a best-in-category award at the IFTD trade show in Orlando. The 21st century Medalist keeps its retro look, but features a few upgrades. The old reels were cast, whereas the new standard-arbor Medalists are machined from aluminum for, says the brand, “…tighter construction tolerances …and lower maintenance.”

An amber polymer handle lends to the classic look. The reel is convertible for left- or right-handed retrieve. And it’s available in three sizes, starting at $119.95.