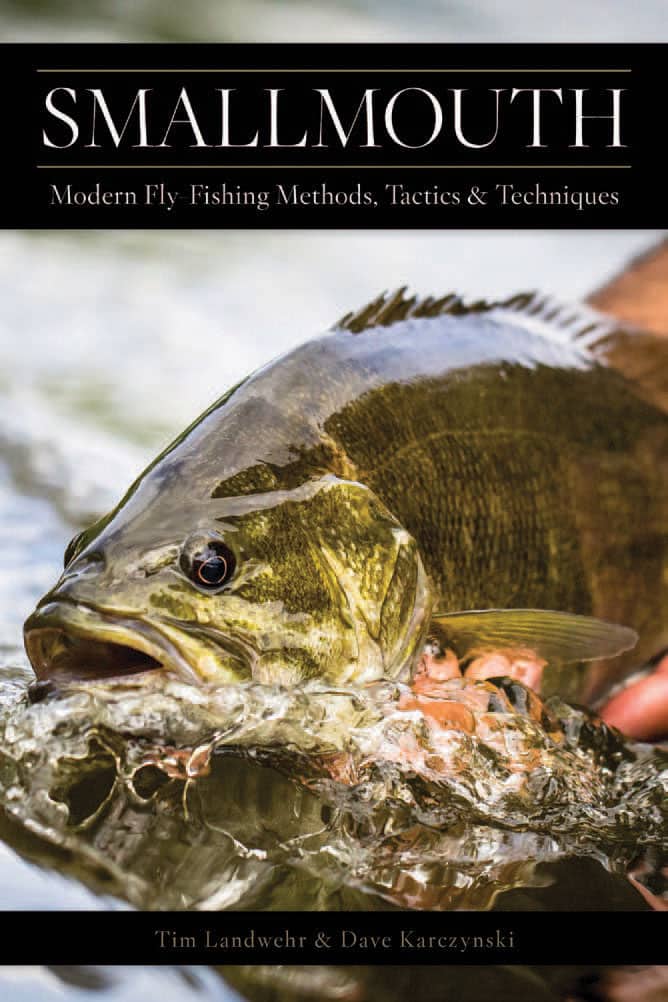 Most of the how-to flyfishing books at your local library come from accomplished anglers that aren’t very good at writing. This book isn’t one of them. Lifelong smallmouth guide Tim Landwehr of Tight Lines Fly Fishing Company in DePere, Wisconsin, teamed up with the artistic stylings of frequent Drake contributor and writing professor Dave Karczynski to create what a fellow bass fanatic described as “the smallmouth bible.”

This religious text includes a few general mantras like, “fish the river that is, not the river that was,” and “make your fly whisper, not shout,” but each chapter also provides hyper-specific details sure to make the discerning flyfisher read their home waters in a new way: make sure to cover that second shelf; don’t overlook the damselfly hatch; put away that Woolly Bugger and try a Murdich Minnow.

Special emphasis is placed on covering all three sections of the water column and zeroing in on the most productive habitat. Glossy shots from talented photographers (Karzcynski, Kyle Zemple, Tom Hazelton, Eric Christensen) adorn almost every page, so even your nine-year-old will enjoy this book. When you’re done with Chapter 5 and think you’ve finished learning, you haven’t—read the essays and interviews in the back. There you will learn things, like the difference between a “player” smallmouth, and one that needs to be coaxed into eating after stalking your fly for a long distance.
—Elliott Adler 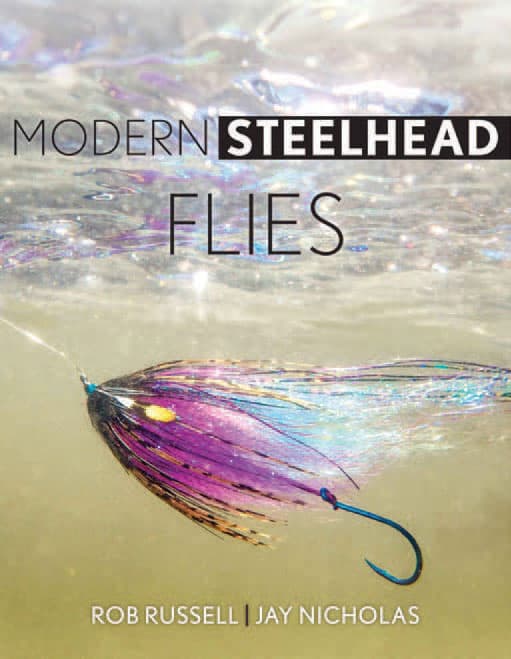 Calling this a book about steelhead flies is like calling The River Why a book about fishing. Sure, there’s plenty of information about tying the sorts of flies that emerged in the Pacific Northwest about the same time as Cobain and Drexler, but there’s much more to it than that. In some ways, Modern Steelhead Flies is less about the flies than about those who tie and fish them. This is a “steelhead culture” book. Russell and Nicholas give readers a behind-the-scenes look at how and where and why the first Intruder was invented. You get to stand there in the cold-ass water of the Alagnak with Ed Ward and Jerry French and Scott Howell, and hear how the Intruder got its name. You get some late-’80s shooting-head casting memories from Dec Hogan, who does his own myth-busting: “Those first lines were vessels for casting sinking-tip lines,” Dec says. “They really had nothing to do with Intruders, as some people think.”

If you want to tie flies from some of the finest steelhead patterns on earth, this book will help you do that. But what will stick with you is this: Tom Larimer’s tube-fly tales from the Third Coast; Lee Spencer’s psychokinetic-like observations from the North Umpqua; Russell’s description of he and Jeff Hickman’s “whiskey-drenched geek fests” and the outsized influence that Portland’s Idylwilde Flies and Countrysport fly shop had on the development of Hickman’s iconic Fish Taco (spawned from the sperm of Mr. Hankey); Jason Koertge’s Wisco Furburger influences; the General Practitioner-DNA in Jeff Mishler’s sexy pink prawn, and the complex yet simple nature of Brian Silvey’s depth-charging Silveynator.

Whether its breakthroughs from relative youngins like Brian Chou, Justin Miller, and Jason Hartwick (Hartwick’s Hoser is another veteran of the Idylwilde days); a new twist on a classic, like Amy Hazel’s Green Butt Lum Plum; or original patterns from still-innovating legends like Trey Combs, Modern Steelhead Flies covers the contemporary breadth and depth of our sport. Readers will not just learn new flies, they will learn a new language, sprinkled with Left Coast gems like “movey” and “serious sinkiness.” And an added bonus: sculpin drama! 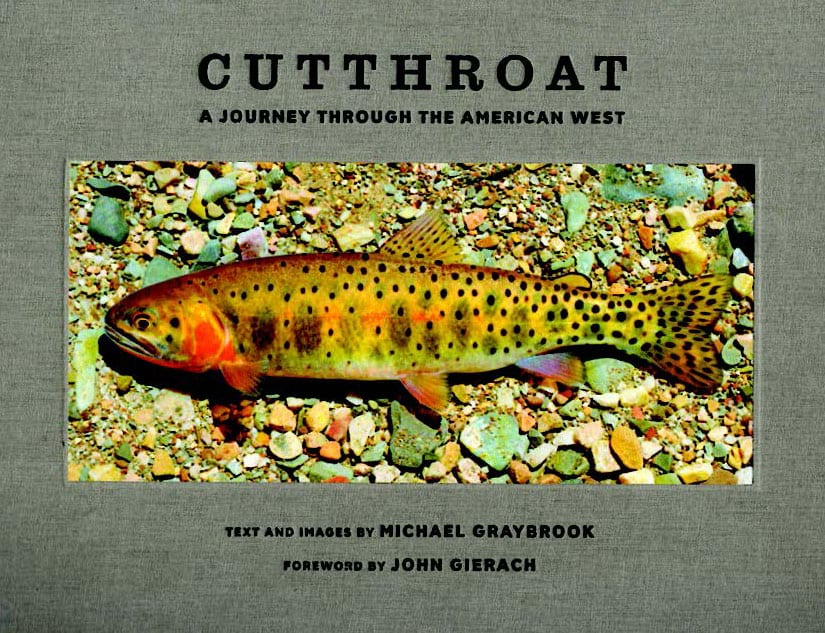 Cutthroat: A Journey Through the American West

For the past 20 years, Pennsylvania architect Michael Graybook has crossed the country on a personal quest for a particular kind of trout. His incredible new book, Cutthroat: A Journey Through the American West is the result. “On a steamy July morning, I back my car out of the driveway. Weighed down with camping gear, cameras, film, fishing equipment, food, and a box of maps, I head for a green church 2,460 miles to the west.” He wasn’t targeting the largest or most iconic fish, but rather the purest. And he found them in the most enlightening way.

Each chapter focuses on one of the few remaining subspecies of cutthroat, but as the subtitle suggests, the book also chronicles the struggles that the wilds of the West have faced over the past 200 years. His stories of people working to protect these fish and restore their original habitat (see “Greenback Revival” page 52, in this issue of The Drake) are as intriguing as tales of the fish themselves.

Graybrook’s evocative narratives place the reader in his footsteps, yet the most mesmerizing aspect of the book are the close-up photos of each subspecies submerged in nearly identical positions. Readers can waterfall the pages to watch the evolution of the fish as it spread from west to east; from the anadromous sea-run Coastal Cutty to the arid-country-living Rio Grande.

As noted by John Gierach in the foreword: “This isn’t a technical book by a fisheries biologist, but the personal story of an informed and passionate amateur.” This passion shines through in Graybrook’s writing, making you want to quit your job, live out of your van, and fish every day. And if the fish you happen to be chasing are native cutthroat in their native habitats, as Graybrook did, then you will take in an abundance of wonderful country and lovely people along the way. —EA

Prints of each cutthroat subspecies are available through the publisher, Scott & Nix, Inc.