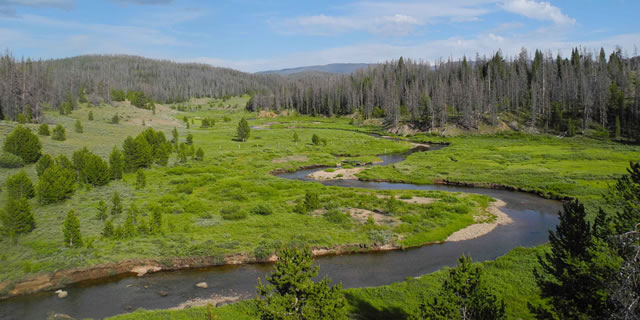 Boat captain Stewart Allen Bost and his pals almost slipped into obscurity after they smuggled more than 3,000 kilos of Columbian cocaine from the Bahamas to South Florida in 1986. With approximately $1.35 million lining his pockets, Bost sought early retirement a year later, purchasing a 657-acre spread on the banks of the Clarks Fork of the Yellowstone River, in northwestern Wyoming.

Following his indictment on drug charges in 1989, the fugitive abbreviated his name to “Stewart Allen”—then proceeded to lay low. But his attempt at a reclusive ranch life came to a halt, when Park County Sheriff Scott Steward, working alongside federal U.S. marshals, cuffed him in July of 1996. Bost apparently blew his cover when on an application for grazing permits he listed his name as both Bost and Stewart. Authorities were on the scent immediately.

With Bost locked up, Beartooth Ranch (aka Drug Ranch) became state land held in trust for the purpose that “the property will be used solely as a public area reserved for recreational or historic activities or for the preservation of natural conditions,” as stated on the Memorandum of Understanding (MOU) between the United Stated Marshals Service (USMS) and the Attorney General of the State of Wyoming.

Anglers and hunters have enjoyed public access to the land ever since, including approximately two miles of the Clarks Fork that flows through it. But that could change. Park County commissioners have recently expressed interest in claiming the unoccupied ranch in order to sell it, while calling for the MOU to be killed.

Wade recently teamed with the East Yellowstone Chapter of Trout Unlimited, Cody Anglers Group, and the Greater Yellowstone Coalition to fight any transfer of the Beartooth property from public into private hands, “so we can maintain its continuity in perpetuity. And so far we’re getting a little pushback from a couple of landowners and one county commissioner in particular,” he says.

Commissioner Tim French told the Powell Tribune during a December meeting that he’d like to see the ranch released and deeded to Park County. “And then we can sell it and it can become an active ranch paying property taxes again.” In a draft letter addressed to Gov. Matt Mead, French and other county commissioners in favor of the transfer wrote that the property has become an “…eyesore and an expense. Park County Weed and Pest spend thousands of dollars each year to abate noxious and invasive weeds. Vandalism has made the buildings unsightly and caused additional work for law enforcement officers. Wildlife has abandoned the area.”

In opposition, the 190-member East Yellowstone TU Chapter wrote its own letter and sent it to the commissioners on Jan. 26. Chapter President Tom Reed says, “All indications show that this is merely an attempt to get the land and sell it, or develop it, or do something to get more money. My question is, If they’re so concerned about noxious weeds and buildings in disrepair, then why didn’t anyone from the county reach out to the Wyoming land trust people to find a solution? And why weren’t these issues first raised publicly?”

Both Wade and Reed also utterly dispute the county commissioners’ statement that the Beartooth property is now devoid of wildlife.

Wade says a trip to the ranch last month yielded deer, antelope, and eagle sightings. He also notes that it’s home to both elk and bear. The section of the river the property abuts has historically been prime native Yellowstone cutthroat habitat. These days it also forms part of a critical spawning corridor for browns coming out of the Yellowstone River in the fall, as well as for migrating rainbows in the spring.

Wade adds that without the Beartooth property, the Clarks Fork beyond its national park boundary becomes extremely difficult to access. “We would go from about a six-mile float to a fourteen-mile float before you could take out,” he says. “From a logical standpoint, this is the place that must be maintained under the auspices of public easement. We just don’t want to see it closed down to hunting and fishing access.”

Despite wanting to dissolve the MOU in order to potentially sell the property, the commissioners’ letter briefly mentions retaining access to easements. On Feb. 20, the group will hold a public meeting in Cody to address the situation. 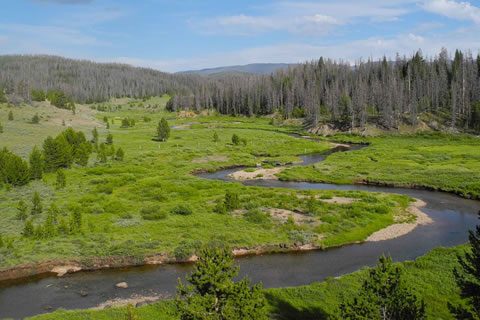 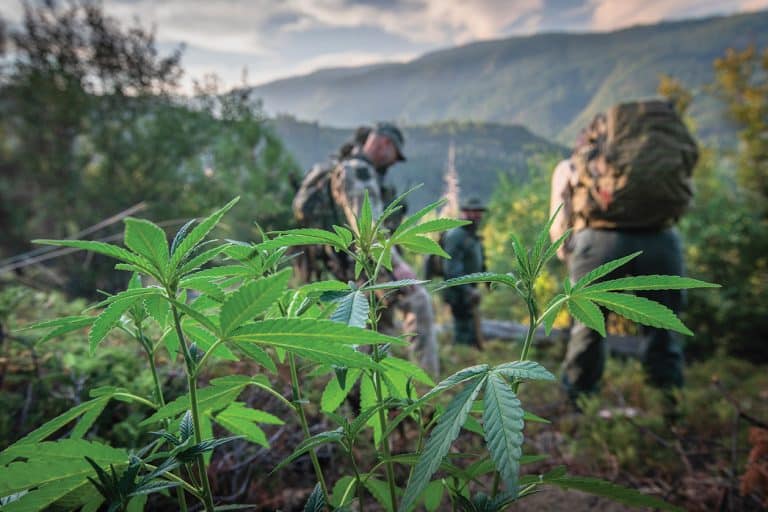