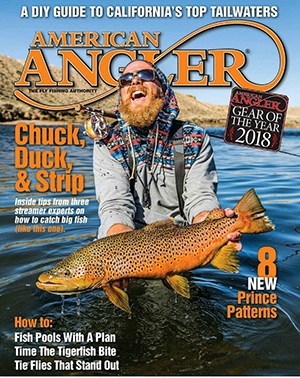 All of us anglers have the right to post pictures, showing off our catch to our friends. That type of bragging has been going on for decades, and that’s what makes it great. Sometimes photos are the only memory you have from a great catch-and-release fishing trip, but what about those who are taking these pictures for something else?

Trying to gain fame, free “schwag” or credibility within their social circle. And many times doing whatever it takes for this type of so-called fame, even to the detriment of the fisheries and to the actual fish.

Are these self-promoted “brand ambassadors” helping or hurting the sport?

ON THE PRO STAFF, BRAH….
Popular fishing brands – those that have been around for a long time and also up-and-coming brands to the sport, have created incentives to anglers or “brand ambassadors”, at times, with free gear to use fishing photos supporting their gear and apparel, and this has become a popular goal of anglers who want to try and fish for a living, and why not?! Get free gear to go fishing, absolutely!

Brand ambassadors can and have been responsible stewards to the fishery resource for many years, but it seems in the last few years many will go to any length for a cover shot, free gear or any sort or clout in the fly fishing industry.

One common action in spring and fall is for the “ambassadors” to show up and target fish on gravel in their redds. AKA, Spawning trout. Targeting spawning trout is unethical and often FATAL to spawning trout and the nest of eggs.

Being that the ambassadors are visitors to Wyoming in most cases, it’s extremely convenient for them to show up when trout are in shallow water spawning. Get a big fish quick, hashtag it up, tag your brands and start to gain followers and more brand support. It’s quick, easy and they have another hundred plus followers before they even make it out of Wyoming.

As a guide/outfitter throughout Wyoming who is on the water locally 11-12 months out of the year, I have seen many well-known social media celebrities come and go. Unfortunately, the majority of these guys (and gals) all push ethical lines and/or break the laws to get their “hero shot”.

I have seen this for years and finally have had enough after this last incident and figured people should hear about it. I’ve heard rumors of people saying I lied, heard other rumors saying this was on the reef and even heard rumors that people said this wasn’t even in Wyoming… so let’s clear a few things up.

YOU MADE THE COVER, BRAAAAAH….

The cover shot of the December 2018 edition of American Angler magazine is a perfect example of the desecration to this sport and the seriousness of this “brand ambassador” attitude. This magazine has just shy of 30k readers in it’s 30 years of publication. The cover photo is of Patrick Duke, a fishing guide in Colorado, presenting an impressive male brown trout, a trophy fish anyone would love to claim. The brown also has a noticeable beat up tail… you guessed it, from being on gravel on the redd.

This spawning brown trout was caught on a stretch of the Green River. You ask how I know that? I witnessed the fish when it was caught and saw it with my own eyes. It came off a historical brown trout redd that has been established for many years – even longer than my 14 years fishing the river. To clarify, this fish was caught in water open for fishing.

Duke claims it was “in the drop behind the redd”…. but c’mon, that’s the most common excuse from anglers who hold beat-up finned fish in their photos. As a guide, I’m sure Patrick has either heard this excuse a lot or maybe even used it a time or two. Or maybe he puts his clients on redds regularly and hasn’t, I don’t know. As I floated on, I saw Colorado photographer Matt Shaw carrying some serious camera equipment as he made the hike back to Duke, who held the brown in his net until Matt arrived, so they could get the perfect shot, their hero shot.

But all of that is technically legal… so far
Fishing spawners is legal, however unethical in my humble opinion (and many others in this sport). But that isn’t where this story ends.

After this fish was caught, Duke’s group of anglers drove up to a closed section of river, launched their raft and began to fish. This section of the Green River closes EVERY year from Oct. 1 to Dec. 31 and it has been this way for many years. It is also clear in the state fishing regulations. It didn’t take long before someone (a non-resident guide) noticed them fishing illegally and called Wyoming Game & Fish (WGF). According to Mr. Duke’s instagram account, he has visited this area in years’ past (during the fall) so he should’ve known that last year’s closure was no exception.

Upon speaking to the group, the WGF Warden discovered that:

[This article first appeared under the title “Fly Fishing ‘Brand Ambassadors’ + Social Media – What Might They Be Doing to Your Fishery?” in SweetwaterNOW. The author, Ryan Hudson, is a Wyoming-based flyfishing guide and owner of the Wyoming Fishing Company. You can read the story in its entirety, here.]