Getting After It—Outside in Aspen 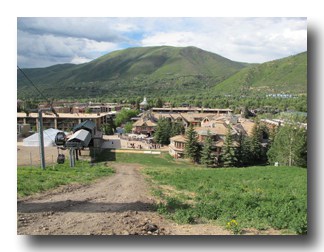 This past weekend was big, at least as far as Colorado waters are concerned. Rivers like the Frying Pan gushed at near flood levels, while the Colorado and Roaring Fork also gauged in at monstrous cfs proportions. Crashing Aspen for the first annual Outside in Aspen festivities, this weather scenario of rain, runoff, and muddy waters didn’t bode well for the weekend fishing outlook.

So… what to do when the weather deals you a gnarly hand? The plan Bs looked a little like this: Source out hidden pond, a tailwater or two, and pay respects to one of flyfishing’s (and the journalism community’s) fallen soldiers. And, of course, a night of Super Diamonds action at the Belly Up in Downtown Aspen.

First, Outside in Aspen went down as a “participatory adventure weekend,” bridging the worlds of outdoor media powerhouses (The Drake??) with all-star athletes such as pro-skier Chris Davenport, kayaker and National Geographic “adventurer of the year,” Jesse Coombs, and Tour de France OG and Olympic gold medalist Tyler Hamilton, to name a few. On top of rubbing elbows over beers at the Hotel Jerome and Sky Hotel, the weekend included outfitter-led biking, flyfishing, kayaking, rafting, trail running, hiking, rock climbing and stand-up river paddling adventures around town—along with requisite souvenir hangovers.

The weekend kicked off with our arrival at the Little Nell Hotel (note: we’re used to slumming at Super 8s, this place is more like a Super +20), where we met its Director of Fly Fishing, David Doerr. After introducing us to his shop and perusing the full line of Hardy wares, Doerr loaded the company Land Rover and hustled us up and over the top of Aspen. Three thousand feet of elevation gain and two locked gates later, we were stripping leeches and up to our eyeballs in pond brookies. (Who’s laughing now runoff!) 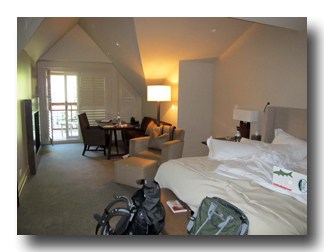 With Saturday morning’s in-town river fishing scrapped, Hartsel and the Dream Stream section of the South Platte beckoned. The Angling Trade squad—Kirk Deeter, Tim Romano, and Will Rice—were all on hand to pay respects to the late Denver Post outdoor writer Charlie Meyers at the TU-sponsored dedication. Speeches by Deeter, Mike King, executive director of the Colorado Department of Natural Resources, and a recent proclamation by Colorado Governor, Bill Ritter, eloquently cemented Meyers’ place, through the pen and behind the scenes, as a stalwart advocate for state public fishing and hunting resources. The property through which the Dream Stream flows now takes on the eponymous handle the “Charlie Meyers State Wildlife Area” in his honor. 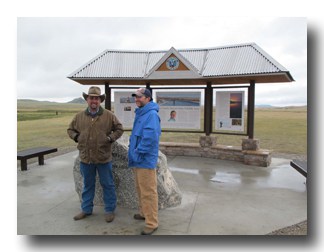 With the morning program wrapped up, the crew caravanned to Spinney Mountain Reservoir, where we were whipped bad by high winds. The retreat back to Aspen that evening was complete with a skunk in the trunk. Fortunately it was nothing a little Neil Diamond, or the rocking imposters who form the Super Diamonds—along with some PBR tallboys at the Belly Up—couldn’t wash away. 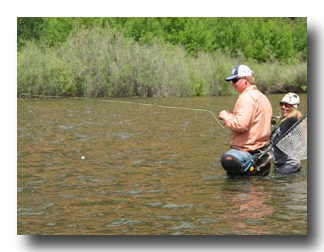 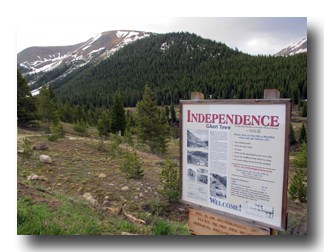 Sunday morning: Fishing the Frying Pan back on the agenda. With Pan flows somewhat “stabilized” at about 800 cfs, we hooked up with Tess Weaver, communications manager at PromoPR in Aspen, Freeskier Magazine photo editor, Shay Williams, and Sue Sheerin (newbie, turned one-day flyfishing extraordinaire) of Women’s Adventure Magazine. Taylor Creek Fly Shop in Basalt stepped up with local guides Brandon “Big B” Soucie—just off landslide flyfishing wins at the Teva Mountain Games—and all around good dude/killer guide Gifford Maytham. Gif and Brandon quickly had both Sue and Tess into some typical Toilet Bowl monsters, while Shay landed his first 18+ inch fish on the fly.

Off the river, and four hours of road rage later, we’re back in Fort Collins. The rental here in town ain’t no Little Nell, but it’s good to be home, with a Poudre River raging up to the bridge banks, completely unfishable. Next up? Jump into our Drake-pimped Land Rovers—read: rusty, old Toyotas—and find a carp pond.