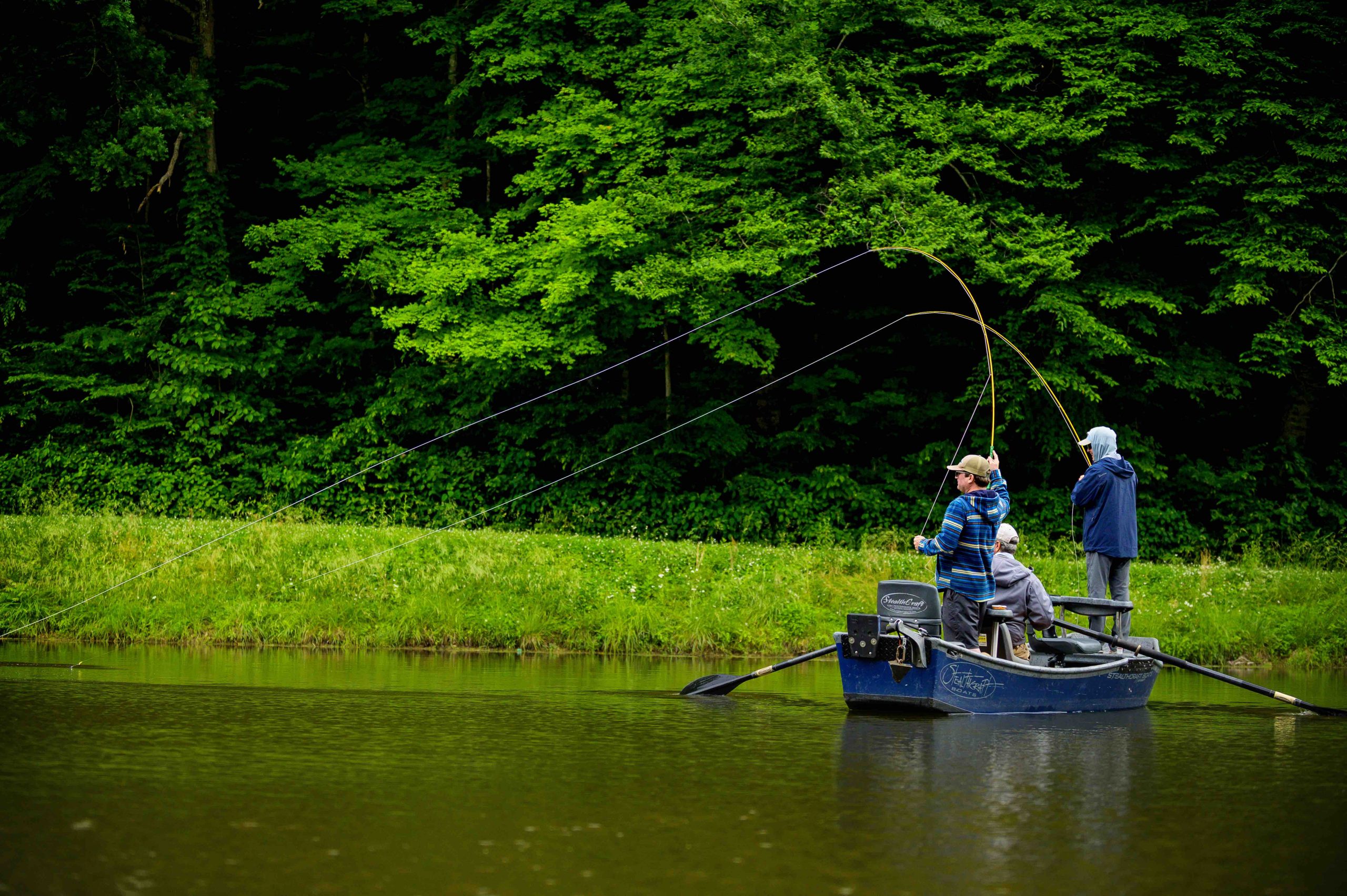 A Warmwater Trip to Tennessee

Thanks to the generosity of Mr. and Mrs. Johnny Carrol Sain, Clyde had been resting peacefully in their Dardanelle, Arkansas, yard since I abandoned him at Little Rock’s Ozark Angler fly shop in June 2019. I’ve never met Johnny’s wife, but I don’t know many spouses who would be cool with having Clyde as a lawn ornament for two years.

Johnny said he “fielded a few purchase inquiries from the locals.” That may sound like a joke, but I assure you it isn’t. If awards were given to cars for “most purchase offers received from random dudes at gas stations,” Clyde would be World Champion. The first couple times I heard it, I just sort of laughed it off, thinking there must be a 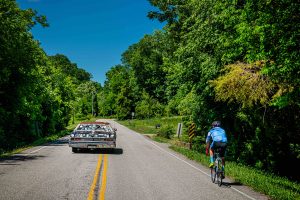 demo derby nearby. But after receiving offers from Oregon to Minnesota to Florida, it’s clear that Clyde just has that special sort of sex appeal. And, just like the rest of us who’d been pent up for so long, come Summer 2021, Clyde was ready to party.

The call to action came in April from movie producer and Clyde co-investor RA Beattie, who had a simple five-word plan: “Let’s drive Clyde to Nashville.” We were joined on our journey by RA’s lovely wife, Ashley, and Oregon-based photographer Arian Stevens. I’ve made many a solo mission retrieving Clyde from a boondocky American backwater over the years, and it was nice having company for a change.

Our Airbnb was in the quaint town of Leiper’s Fork, close to horse farms, bass water, and longtime Nashville-based fly guide Chris Nischan, who had agreed to show us around. We met Chris the next morning at a small private lake that made up for its undersized largemouth with plenty of oversized, aggressive bluegills—on their nests. Chris had two seven-foot Echo Geckos in his Stealthcraft, and RA and I each grabbed one. Both of us are height-challenged to begin with. Throw in the too-big-for-us raingear and the kid’s fly rods, and we looked like a couple of gradeschoolers out for a day with Pops. 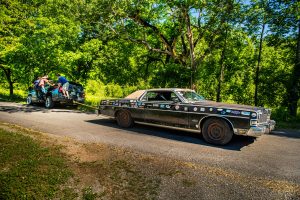 Our second outing was to a beautiful little creek that flows through the trees next to a hayfield. (A neighbor followed us down the driveway, apparently because seeing a car like Clyde, in a neighborhood like theirs, seemed, you know, fishy.) We found a few nice smallmouth willing to eat a crayfish pattern, but it was how we fished that I loved most: a summertime stroll up the middle of a creek, casting to likely spots on either bank.

Lastly, as if our final day of smallie fishing wasn’t joyous enough, we also got to watch Arian fly his drone into a tree. Followed by Chris driving his car into a ditch. Luckily, it was—once again—Clyde to the rescue.