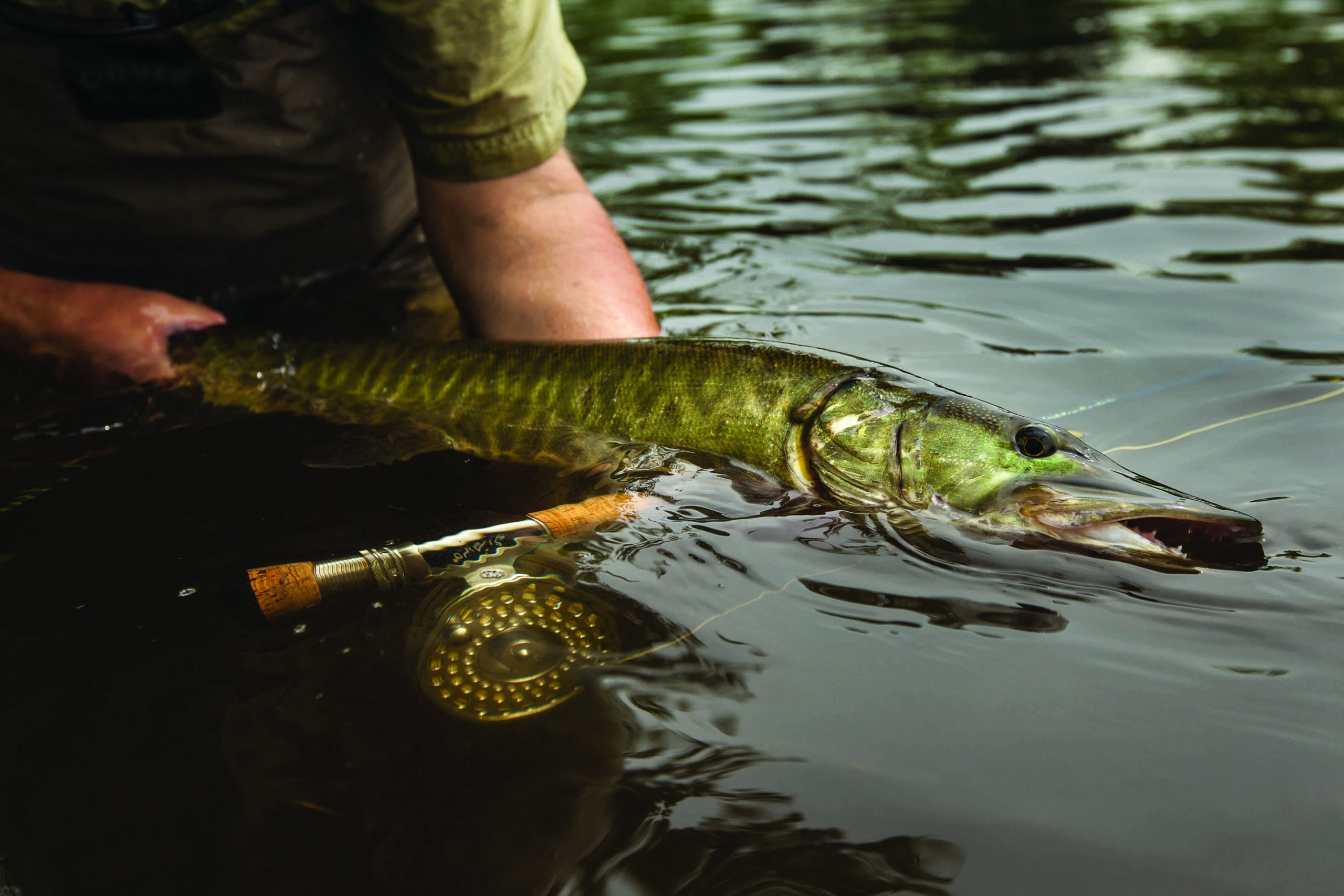 We woke early the next morning bleary-eyed and desperate for coffee. My brother stumbled around the campsite cursing Air Canada and searching for his waders. By 6.30 we were at the shop, where we found Larry leaning up against his truck, drawing on a smoke.

“You boys came the wrong time of year,” he said. “Water’s low, and the fish have moved into the deepest holes downriver. But we’ll give ’er a go.” Charlie muttered something under his breath. I laughed, and said, ”Larry, can’t you at least pretend we have a chance?”

Sure enough, the river was barely a trickle and the fishing reflected the brutal conditions. But Larry worked hard, and after lunch offered to stick with us the rest of day. We caught a few fish but all were under a pound, and our expectations of hooking a big brown evaporated into the summer heat.

As the sun dipped below the horizon, we sat on the tailgate of Larry’s truck nursing our battered emotions with cold beers. “I really don’t know why you boys are trout fishing,” Larry finally said.” It’s musky season here, you know.”

We did not know. “What the hell is a musky?” yawned Charlie, simultaneously draining his beer while crushing the can.

The following morning we were with Larry again, towing a driftboat to some unpronounceable river. When I asked about the river’s meaning, Larry glared at me and said, “It’s meaning? You got me, pal. It could mean ‘two dogs fucking’ for all I care.”

En route, Larry elevated the musky into a mythical creature, some sort of hybrid pike-unicorn that would only eat marlin flies and was nearly impossible to catch. Charlie and I were sucked in by his rhetoric, but when we reached the put-in we were eager to prove him wrong.

First impressions: Chasing musky is more like a goat hunt than a fishing trip. It’s endurance angling, casting foot-long flies with an 11-weight while Larry hissed, “Strip, strip, strip! Keep your flies in the water, boys—hit that stump! Strip!!” The longer we drifted, the more the anticipation built, reaching a point where I thought if a fish actually did hit my fly, I’d just soil my pants and topple overboard.

We floated past forgotten farms and dense woodland, past waving children knee-deep at the river’s edge, all the while stripping until our fingers bled and our faith in Larry and in the very existence of musky began to dull. Eventually, Charlie cracked. “I think I’ll switch to a bass set-up,” he sheepishly muttered. Larry couldn’t disguise his disapproval, simply growling, “Musky isn’t for everyone.”

This only made me more determined to show Larry that, while musky might not be for my brother, that didn’t mean they weren’t for me. As we rounded a bend I overcast, landing the fly on a sandy bank. I stripped hard, and when my fly hit water the world changed. A huge wave began pushing upstream, my fly vanished in a churning boil, and without even knowing it, I screamed, “Musky!”

I quickly asked Larry if I should tighten the drag. “Don’t fucking touch it!” he snarled. Charlie had dropped his rod and was practically hanging around my neck. When the fish stopped running, I slowly began working it in while Larry barked instructions and maneuvered the boat to shore. I jumped out with Larry and guided the fish into the cradle as we both let out a roar of relief and delight, hugging and high-fiving, me still barely believing.

The musky was beautiful; silver, with dark vertical bands, like a barracuda. “You got yourself a tiger musky,” Larry said. “Half pike, half musky. That’s why it fought so hard.” For the remaining two hours, Charlie fished like a man possessed, raging against the fading light—to no avail. Larry said he’d been cursed for quitting earlier.

More than a dozen years have passed since that day. During that time, musky have become a personal obsession, yet remain as much an enigma to me now as they were then. A giant musky on the fly is undoubtedly one of North America’s greatest flyfishing challenges. But, as Larry so aptly put it: “They aren’t for everyone.”

Toby Gilbert divides his time between the Gaspe Peninsula, where he runs an Atlantic salmon camp, and the West coast, where he guides on B.C.’s Sustut River at Suskeena Lodge.