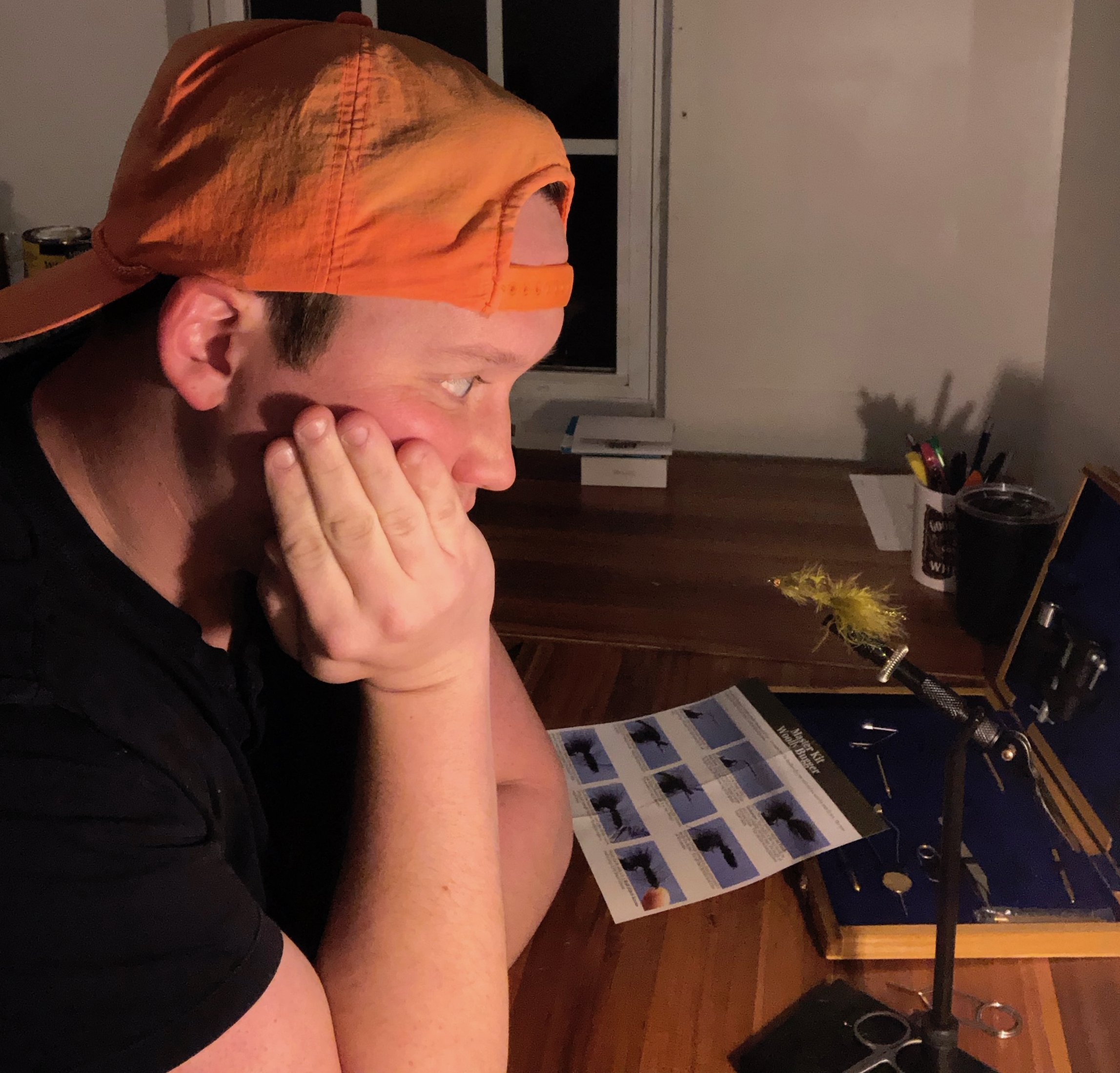 I was told this would be fun

Now I understand how Mugato in Zoolander felt when he said, “I feel like I’m taking crazy pills.” Everyone at the fly shop is picking out different hackle, feathers, and fur, and here I am at the fly counter grabbing fistfuls of pre-tied adams and caddis, feeling left out for not tying my own.

Since I started flyfishing, I’d only heard wonderful things from other anglers about flytying. It was only recently I started thinking about creating my own flies. For Christmas, my wife gave me a vise, a set of tools, and an instruction kit on how to tie woolly buggers.

I’d seen YouTube videos of people tying, and listened to the folks down at the fly shop talk about their routine. They’d sit down with their beverage of choice and their favorite music in the background, and then zone-out tying flies that they’ll use for their next trip. It sounded almost meditative, and I looked forward to it.

My vise was set up and my tools, hooks, hackle, and thread were all laid out. In the background, Tyler Childers was singing about reincarnation, and a rocks glass a third of the way full of brown water was nestled in the corner of the desk. The mood was all set.

Over the course of an hour, I tied a few flies that were just awful looking. Not that I was expecting any other outcome from my first attempts, but no warm and fuzzy feeling came over me as I looked at them, and I had no desire to tie anymore. I was already over it.

It didn’t make sense, though. I was told this would be fun. I was told it would take my fishing enjoyment to new heights. Instead, I was left with some ugly flies and a sour taste in my mouth. I blamed my foul mood on just being tired. So, I carried myself to the sofa and was lulled to sleep by reruns of The Office. 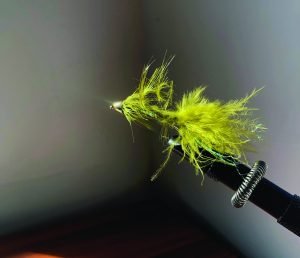 In the morning I looked back over my desk. The abominations I had tied the night prior laid in my fly box and somehow seemed even uglier. Is the thread falling off already? I couldn’t even tell. Nevertheless, these were my creations and they deserved a shot to prove themselves.

It was winter, which meant midge season, so I went with a trusty dropper rig. Sixteen inches of 6X tippet dangled from the shank of the woolly bugger, the tail end knotted to the eye of a black zebra midge. The midge was secured in the cork on my rod, and the woolly bugger sat a foot-and-a-half above it, the taught line causing the fly to bounce and the hook to clang against my rod as I marched to the river.

I plucked out a few decent rainbows with my midge during the morning, and left at noon to grab some lunch at a bar in town. Inspecting my handiwork at the truck, it looked like the woolly bugger had held up to a day of bumping along a river bottom. It even survived being hooked into a sunken log.

I sipped my beer at the bar and waited for two things to arrive: my burger, and those warm, fuzzy feelings of the self-sufficient fly-tyer. Had I caught any fish with my flies? Technically, no. But even if one of the rainbows had taken my woolly bugger… What was I missing? The fishing was good, but not any more rewarding than if I’d used flies I bought at the shop.

Was the time I spent hunched over the vise worth it to me? Didn’t seem like it.

The world needs fly tyers, but I’ve decided that I’m not one of them. Instead, I’ll keep driving to the fly shop, filling those tiny cups, and listening to the hooks rattle against the thin plastic as I bound from aisle to aisle.

The waitress arrived with my burger and fries. And that’s when I felt that warm, fuzzy feeling I’d been waiting for.

DALLAS HUDGENS lives in Central Virginia at the base of the Blue Ridge Mountains. When he’s not chasing brook trout, he’s at home with his wife, son, two dogs, and four chickens.