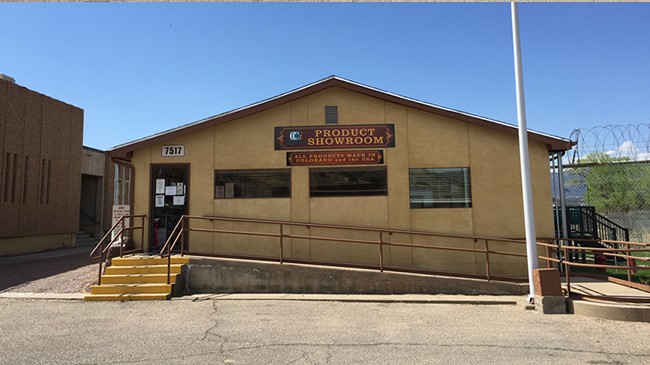 Need a new five-weight? Have an inmate build it.

“I CALL THESE OUR FEEL-GOOD PROGRAMS,” says Dennis Dunsmoor, Director of Colorado Correctional Industries (CCI), referring to several small-scale businesses he oversees, including rod-building, that are run out of the Arrowhead Correctional Center in Cañon City. “We don’t make money off of them, but the offenders learn skills that will help them on the outside. Plus, we use these jobs as an incentive—we’re that carrot on the stick.”

Federal Prison Industries (FPI) has existed since President Franklin Roosevelt created the program in 1934. Since then, all 50 states have created their own versions, each with three basic goals: 1) Reducing the cost of incarceration; 2) Teaching inmates skills that lower the rate of recidivism (a return to criminal behavior); and 3) Saving the taxpayers money. (More than 90 percent of state programs, including Colorado’s, are designed to be self-funded, operating solely from the revenue they generate.)

The biggest difference between the federal and state programs is that FPI can only sell to federal agencies. In fact, with a few exceptions (CIA, Dept. of Defense), federal agencies must buy from FPI, resulting in most FPI inmates building unsexy items like furniture, footlockers, or license plates. State-run prison industries, on the other hand, tend to have far more flexibility in the products and services they can offer, which is why the brief tour I took in Cañon City, in addition to the rod-building shop, included: a tilapia farm; a vineyard; a raspberry garden; a lobster farm; tractor and motorcycle refurbishing; air-brushing; honey production; dried food production; chicken, pheasant, and partridge raising; a pond of koi; sign-making; basketmaking, and musical instrument-making. (Sadly, I didn’t make it to the water buffalo milking operation.) I asked Dunsmoor if CCI had considered marijuana production. “We talked about it,” he said. “But we have this thing we call the ‘9 News test’ and we didn’t think it would pass.” He also said he didn’t know of any other states with an inmate rod-building program, but that a representative from Georgia had inquired about setting one up.

Arrowhead is part of the East Cañon Correctional Complex, a massive six-prison network of state pens including Colorado Territorial (the state’s first prison); Centennial; Fremont; Skyline; Four Mile (where the water buffalo roam); and the Colorado State Penitentiary, home to death row and the execution chamber. The surrounding area has seven more prisons, four of them federal, including the only supermax in the country, ADX Florence— “Alcatraz of the Rockies”—home to such notables as the Boston Marathon bomber, the Unabomber, the Shoe Bomber, the Underwear Bomber, and various Al-Qaeda operatives.

Colorado’s prison industries program was created by the state legislature in 1977, and the National Correctional Industries Association, a non-profit trade group, has consistently ranked it among the top five in the country. “Mostly because of the variety of what we do,” says Dunsmoor.

The fly rod operation began in the winter of 2008, when inmate Jeremy Loyd, who’d built rods prior to his incarceration, asked then-CCI manager Dave Block about bringing rods into the mix. Block agreed, and Loyd was soon training other inmates in the art of custom rod-building, including how to wrap elaborate logos (there were a lot of orange-and-navy Broncos requests). The crew eventually grew to almost 20 people, with half of them building rods, and the other half tying flies. They even built a rod for former Colorado governor Bill Ritter.

Loyd has since been released, and the fly-tying program was transferred to the Youthful Offender System in Pueblo (younger eyes, smaller hands). But the rod-building program remains in Cañon City. One side of the shop is dedicated to graphite and fiberglass, while the other builds bamboo. When Dunsmoor first escorted me into the shop, inmate Charles Ausler was wrapping a nine-foot six-weight from a RainShadow blank. (RainShadow is one of several brands belonging to Sequim, Washington-based Batson Enterprises, which supplies CCI with most of its blanks.) I asked Ausler if he thought he might build rods after he was released. “Maybe as a hobby,” he said. “But this is about more than just learning a new way to make a living. A lot of us are in here because we didn’t make good choices with our free time.”

Most of the operations I saw were small—the equivalent of mom and pop repair shops. But these represent a fraction of the overall CCI enterprise, which employs some 2,000 inmates in more than 70 programs at 16 of Colorado’s state-owned correctional facilities, generating close to $50 million in annual revenue. Since their inception, one of the most controversial aspects of the state-run systems has been their threat—real or imagined—to private companies. Much of this is due to ridiculously low labor costs. A January 2015 audit by the State of Colorado found that the average inmate employed by CCI in 2014 was paid less than four dollars a day, or roughly .49 an hour. As of January 2016, the minimum wage for the Centennial State was $8.31 an hour.

Despite CCI’s proven effectiveness at helping offenders make a successful transition back to society, some critics still see this as an exploitation of cheap labor, hence the announcement last fall, following a public backlash, that Whole Foods would stop selling items produced by CCI (trout, tilapia, goat cheese).

The inmate wage reveal wasn’t the only news that came out of the state’s audit. One of the mandated requirements for CCI is that it receive recommendations from a “Correctional Industries Advisory Board,” made up of Governor-appointed representatives from various entities, including the business community, organized labor, and the legislature. This board is supposed to make recommendations to CCI before it enters any new industries using inmate labor, thereby ensuring that CCI isn’t operating at an unfair advantage to the private sector. According to the audit, CCI didn’t do well with this requirement:

“We reviewed the 17 business proposals that CCI had retained on file out of the 26 new businesses considered by the Advisory Committee between July 2010 and January 2014 and found that none of the proposals included statements on the potential impact on private sector competitors.” (In fact, the audit itself was prompted by a legislative request that “expressed concerns regarding CCI’s procedures to avoid unfair competition with private business.”)

I found this quasi-non-compete clause particularly intriguing, partly because Scott Fly Rods is based just a couple counties west of Cañon City. When I asked Scott president Jim Bartschi if he was aware that Colorado Correctional Industries was building fly rods, he said he most certainly was not.

There are also Colorado’s 50-some fly shops to consider. In recent years, CCI has been selling fly rods out of its “CCI Gift Shop” in Cañon City, formerly the women’s detention center, which closed in 2009. Though rods are shown on the gift shop’s website, they can’t be purchased online, so anyone wanting a rod has to visit in person. Which I did, May 9, on the way back from fishing the Arkansas. They had rods from several popular brands, including Sage, G.Loomis, St. Croix, and TFO. I bought a little TFO BVK 8 ’6″ 5-weight for $165, which I thought was a pretty good deal, considering it’s $95 less than TFO charges.

Generally, state agencies are prohibited from selling goods or services to the public that are also being offered for sale by private businesses. But Colorado grants CCI an exception, authorizing it to sell to the public and to compete directly with private enterprises “as long as it sells products at market price.”

For all 12 of the products the state reviewed in its audit, they “found no evidence that CCI is charging significantly above or below market prices.” But for the one product that The Drake magazine reviewed—fly rods at the CCI gift shop—the prices weren’t even close. Again, the majority of CCI’s blanks come wholesale from Batson Enterprises, and “RainShadow” isn’t exactly a brand that strikes fear in the hearts of many fly shop owners. But the TFO rod I bought wasn’t the only one priced significantly below market value. For example, they also had a Sage One 590-4, for $420. Which is great, except every fly shop on earth charges $850 for it. Sage president Travis Campbell confirmed that even a retail blank costs more than $420. (Of course, CCI has its own competitive hurdles. It’s unlikely Scott or Sage has to hire armed guards or perform cavity searches.)

Here is where I’d like to tell everyone how many rods CCI actually makes. Unfortunately, one of the other findings of the audit was that “CCI does not report production levels for any of its industries, such as the number or value of finished goods produced.” In other words, CCI has no idea how much of anything it makes. Either that, or it just has no interest in sharing this information with the state. A 2008 story in the Aspen Times, describing the birth of the rod-building program, noted that “inmates had made nearly 100 custom rods in three months.” So even if they just maintained that original level of production, CCI would’ve built more than 3,000 rods in eight years—not enough to compete with Scott or Sage, but more than enough to contend with private rod-builders or fly shops.

In fairness to Dunsmoor, the state audit took place before he took over, and all indications are that he has the program headed in a more transparent direction. I certainly believe the CCI program is important, even vital. After all, what’s the value of a safer prison population? Or a lower crime rate? CCI should raise its prices on high-end rods, for sure. But unlike the Whole Foods protesters, I’m not sure how “unfair” the wage structure is. If the inmates felt cheated, they certainly didn’t say so to me. “My last check was for $148 after deductions,” inmate Michael Seivewright told me. “That’s not bad for a guy in prison.”