60 hours in the Lone Star State

Like Dirk Nowitzki, Clyde was stuck in Dallas. But what I thought might be little more than a quick rescue mission turned into two of the more interesting fishing days of my summer.

After meeting up with my fishing-fanatic friend, Scotty Rogers, at his Dallas home, we drove across town to Tailwaters fly shop, where Clyde had been temporarily waylaid. Enjoying a couple drinks from the shop’s ample bar allowed me to personally thank the Tailwaters crew for providing Clyde his latest stint of long-term parking.

Early the next morning, Scotty and I each lost five pounds while piloting Clyde from Dallas to Fort Worth on a muggy, 100-degree dawn. A friend of Scott’s named Grant Huff met us at a nondescript park above the Clear Fork of the Trinity River. Huff was rowing a beautiful wooden driftboat that looked like it had gotten lost on its way to Northern Michigan or the Oregon Coast. But there it was, glimmering in the greenish flow of the Trinity, ready to take us bass fishing.

Until that morning, the only previous trip I’d made to the area was in September 2010, when I visited AT&T Stadium (also known as “Jerry World”). My then #24-ranked Oregon State Beavers went down to the wire with the Andy Dalton-led #6-ranked TCU Horned Frogs before eventually losing 30-21. (TCU finished that season 13-0 and ranked #2 in the country, after beating Wisconsin in the Rose Bowl.)

Huff rowed us into a half-dozen largemouth along a calm and casual stretch of water, ending at the Panther Island Pavilion near downtown Fort Worth. The bass weren’t large, but Grant had some photos on his phone from an earlier trip that made me a believer. As we fished, I absorbed what I could from the impromptu back-and-forth book-club discussion Scotty and Grant were having on Comanche Indians, as both had recently read Empire of the Summer Moon, an award-winning tome on the Comanches written by Austin-based journalist Sam Gwynne. 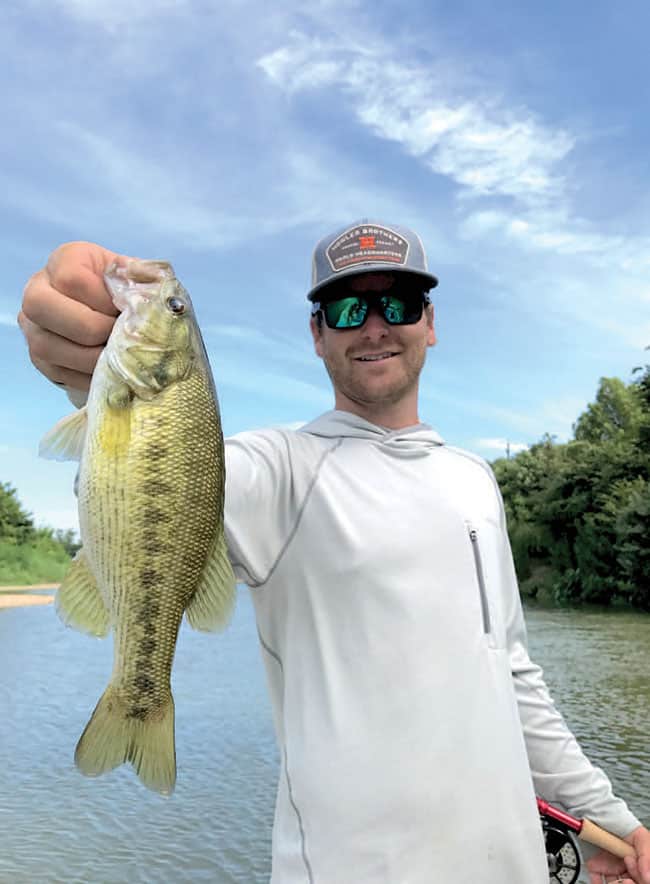 Like many Texans, much of Grant’s flyfishing over the years has taken place with his dad in Southern Colorado. He said his interest in Trinity bass piqued after he saw some fish posted online from a local kayak-fishing tourney.

“Almost every big bass in those pictures had that bridge in the background,” he said, pointing to the telltale landmark. “So they’re in here.”

Big bass or not, Grant was a gracious host who by 10 a.m. had already shown me more fish than I thought I’d catch on a last-minute, short-notice Texas trip with Clyde. Scotty and I thanked him for rowing, then we headed back to Dallas. Know what’s more fun than an August traffic jam in Dallas? Experiencing it in a black, 40-year-old sedan with no AC.

Soon I said goodbye to Scotty, and was en route to Austin. I had plans to meet up early the next morning with my friend Jake, who works for Yeti, and with Alvin Dedeaux, who uses a jet-powered Hog Island skiff to guide anglers on the Colorado River—the one that flows through Texas.

But first, a beer with my long-time friend, Austin-based photographer Tosh Brown, who was quick to tell me, as I walked into the Deep Eddy Cabaret about 10 p.m., “I’m pretty sure you just set the record for the slowest drive ever made between Dallas and Austin.”

I met Jake and Alvin the next morning at Little Webberville Park, and as we headed up the Colorado, my first thought was that the riparian zone surrounding the river looked more like inland Belize than Texas. It was lush and green and jungle-like. 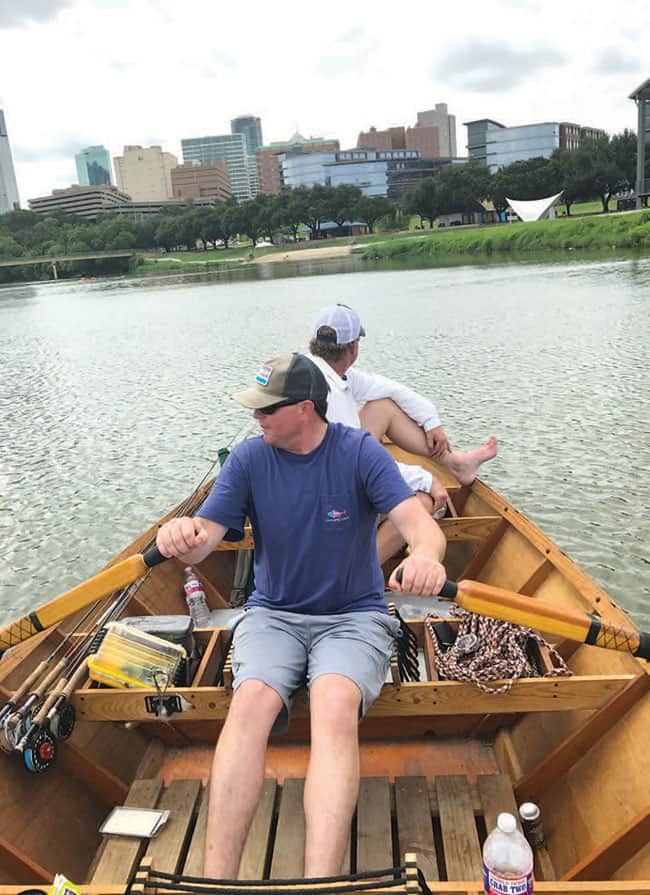 Alvin has the kind of demeanor I love in a fishing guide: super-chill, with plenty of knowledge if you need it, but without ever shoving it down your throat. This is important with me because, while I have the ability to be focussed and on top of my game, I’m also prone to lazily throwing a popper toward shore and not really caring whether they eat it, follow it, or ignore it altogether. I might just stop and stare at the clouds for awhile. 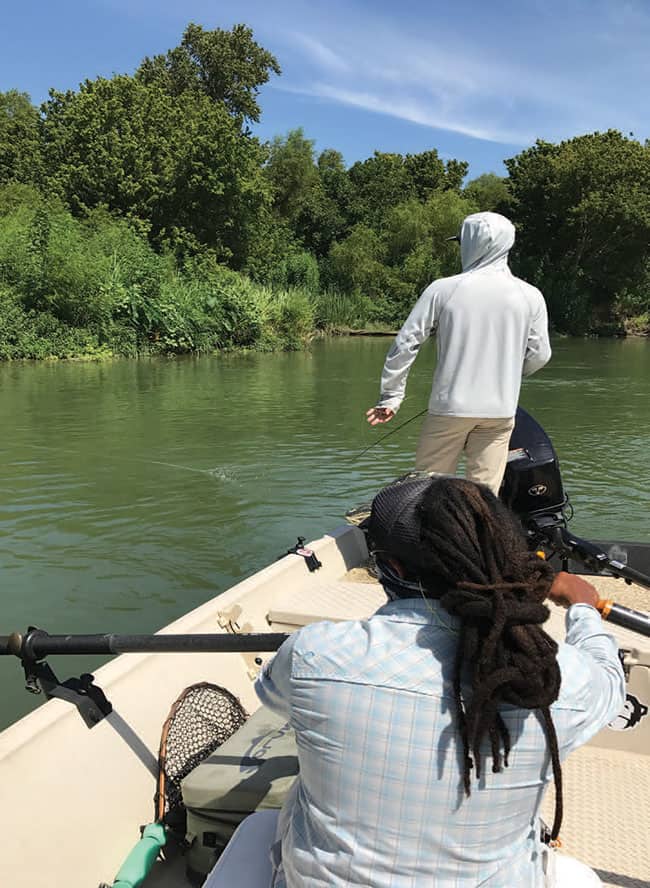 Alvin spent several years guiding in Colorado, and I quickly learned that we had some things in common, like a love of backpacking Wyoming’s Wind River Range, and a fondness for Western Slope rivers like the other Colorado. I also learned that there are some things we don’t have in common. Like, I’ve never had dreads, nor did I ever play South by Southwest with my grunge-rock-funk band in the ’90s, like Alvin did.

But, alas, such is the magic of Clyde—a bringer-together of flyfisher types. By the time Alvin returned Jake and me to our vehicles, he had delivered for each of us our first Guadalupe bass, the state fish of Texas. I was stoked. So stoked, in fact, that I chose to celebrate by taking a nap on Clyde’s long, luxurious backseat. Just a leisurely snooze in a 104-degree car, under the shade of a lone Cypress tree in the Whataburger parking lot.