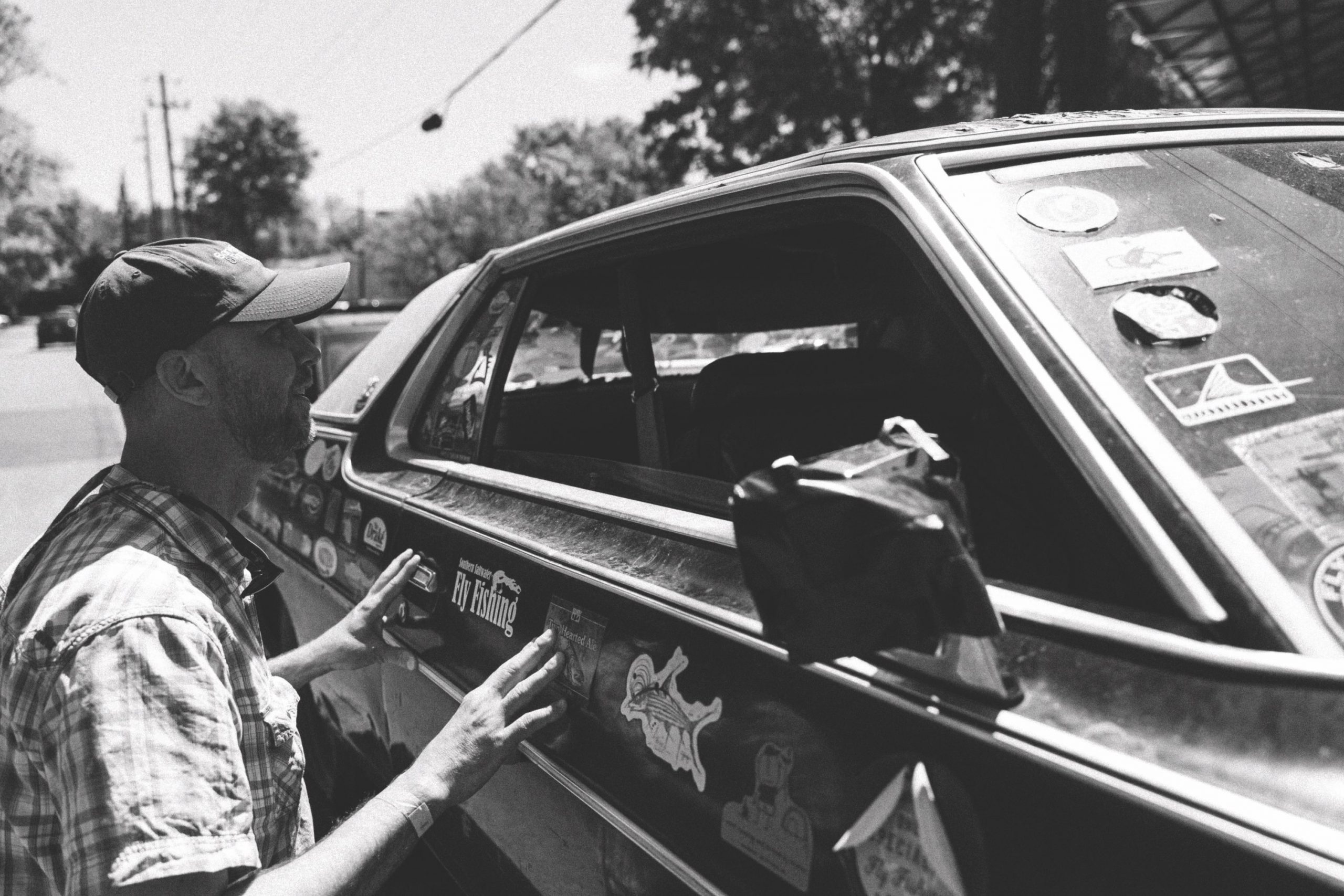 One Day in Birmingham 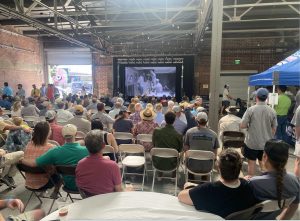 What Clyde will do to save me from the alienation of modern life pales by comparison to what J.C. did for my wretched soul when he died on the cross. I don’t mean to compare Clyde in terms of resurrection—he is simply a hunk of metal that means a little something to a small portion of the flyfishing world. Yet something about his revival seemed almost Godly. Alas, Clyde will truly die someday, and there will be no reviving him. Ashes to ashes, Clyde. But for the moment I was just happy I could use the thirty dollars of premium I put in his new gas tank.

Clyde rides again. Sort of. It had been a disconcerting week in my stewardship of the 1974 Mercury Marquis. My friend Paul and I took him on a turkey hunt, but I was so stoned off his fumes that I felt like I’d been inhaling nitrous in a Phish-concert parking lot. (I hadn’t.) I asked Paul to bring me a loaner trailer. In retrospect, Clyde could’ve survived the drive, but I didn’t want to risk it, especially with a weekend race at Talladega.

Clyde’s sparkling gas tank was like a new lease on both our lives for however little time I had with him before passing his keys to the next unsuspecting victim. I trailered him an hour to Ohatchee to pick up Justin and Colin, arriving early because I knew Talladega would draw a cluster of Nascar fans from all directions. We sped through Lincoln on our way to the interstate, then stopped for coffee, where Justin and Colin discussed the crappie bite on Logan Martin Lake in Pell City. We then coasted down the interstate at a harrowing sixty miles per hour as they talked about the hardness of a pike’s skull, and the importance of sharp hooks. I was in good company.

The film tour event is vital to a healthy flyfishing culture in Alabama—a culture that, like throughout the country, has grown since Covid. “Grown” is perhaps an understatement. The number of attendees had ballooned to quadruple the size of past film-tour events, revealing the existence of a community that previously interacted in the virtual world of fishing forums and Facebook. Clyde was the great lubricant to all this socialization. (Well, Clyde and the booze). I’m sure the films were cool, but there was too much stimuli to sit still and silent.

Friends were rolling in throughout the day. Rick Shelton, a casting instructor from Deep South Outfitters, gave a casting demonstration in the alley. A gust of wind grabbed his hookless fly and wrapped it around my friend Gene’s daughter’s neck at seventy feet. (I unhooked her, because I am a gentleman.) Then I walked them over to Clyde for a photo op, as Gene was one of the few in attendance who truly knew the story of Clyde.

My friend Tim brought some of his friends. He also knew Clyde, and had come to visit him once at my father’s barn. The event had vendors busy all day, and raised some raffle money for conservation. When the seats disappeared, I sat my fat ass down at the kids table. In past years, without Clyde, I might have been asked to move. But Clyde gave me status. 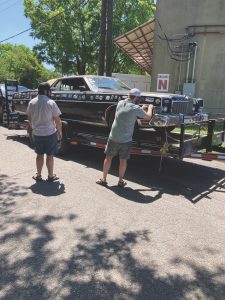 Guide Tony Cox came with an interesting crew, including an environmental lawyer working on a Coosa River issue. Tony guides for smallmouth out of Muscle Shoals. I hope to fish with him someday, and was happy to slap another sticker on Clyde after our conversation.

My mother even showed up. She is easily my most loyal reader. She came to see Clyde and left with a few selfies taken next to the beast from Detroit.

Hanging with Clyde renders you part of a community. As the sun began going down, my friend Sam, who I knew from the 2017 Knoxville Carp Cup and other carp outings, found a wrestler’s mask under Clyde’s seat. It looked as if it could have been Ray Mysterio’s from the nineties.

All of these friends stickering Clyde with their passion projects embodied the nature of this community event. But it also made me wonder if Alabama could support this growth in flyfishing. E.O. Wilson called ’Bama “the aquatic state.” The anglers are certainly here, as are the conservation concerns. I never even needed to take Clyde off the trailer for him to receive so much love, but I did crank him up a few times so fans could hear him roar. I was quite proud of my state that day.