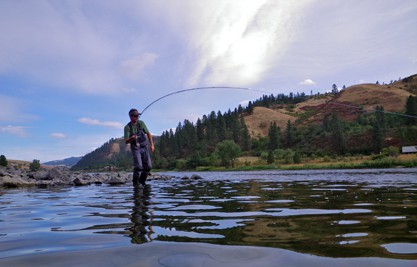 Bristol Bay and a view from the Columbia River 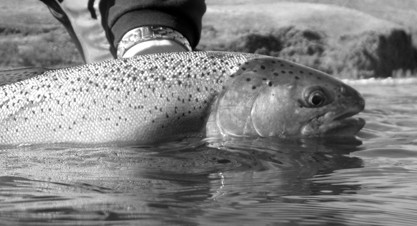 From its British Columbia headwaters to its Pacific Ocean outlet, the Columbia River was once a pulsing artery of fish. It supported generations of native tribes, delivered millions of pounds of biomass to nurture inland streams and ecosystems. The carcasses of salmon formed the backbone of the Columbia ecosystem. If there was a region in the Lower 48 defined by fish, it was the Columbia. That was more than 200 years ago.

Today, the mighty Columbia and Snake river runs have been collectively kneecapped by hundreds of dams, irrigation, channel dredging, deforestation, hatcheries, and general neglect. We’ve pounded vital salmon habitat into submission. Looking at this history it seems a miracle that fish still answer the ancient calling of return and rebirth, even more so in light of a hatchery system that propagates the dumbing-down of salmonids.

Despite a handful of statistical anomalies, wild fish returns in tributaries such the Klickitat, Deschutes, John Day, Grande Ronde, Clearwater, and Salmon continue to decline.

With the introduction of hatchery fish, we’ve tried to reclaim the legacy of these rivers. However, these projects reek of hubris and folly, as we’ve believed we could recreate nature, better than Mother Nature. Wild fish dwindling? No problem, ratchet up smolt production. Terrible hatchery fish returns? Let’s barge smolt down river. Today, wild fish comprise two percent of the historical average. The fix? More hatcheries.

Why not act as stewards from the start?

Living in Spokane, I’m constantly reminded of how much we’ve messed up. Headed south on my commute to work, I cross the rushing waters of the Spokane River on the Maple Street Bridge. These waters once grew the famous “upriver bright” Chinook that tipped scales at over 100 pounds. Grand Coulee Dam ended all of that. Constructed without a fish ladder, it effectively cut off thousands of miles of salmon and steelhead habitat of the Upper Columbia Basin. Gone. Forever. This extinction also extends inland as far as the Hells Canyon complex and Owyhee River basins that delivered salmon and steelhead far inland. 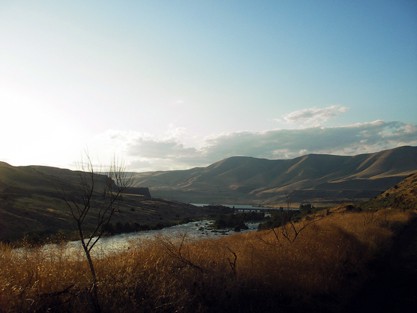 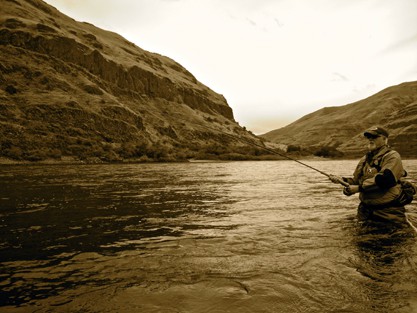 Overtime, we’ve also lost the diversity of salmon stocks that were the hallmark of this river system. The Endangered Species Act (ESA) lists all Snake River stocks as endangered or threatened, with varying degrees of bad health. Some are just plain gone such as Snake River wild coho.

So what’s the current status of our rivers? Power, agriculture, recreation, native, and other economic interests wage heavy political battles, vying for a shrinking resource. The government spends billions in taxpayer dollars to mitigate damage. Human greed and inaction have stripped entire ecosystems of their ocean going nutrient delivery system. Yet fish fight on.

Amidst the quagmire of failed management and promises, rays of hope exist. Over the past several years, judicial action has allowed rivers to function as rivers during spring runoff, giving smolt a leg up in their return to the Pacific. Growing runs of steelhead and salmon show signs of life and resilience. Leaders in fisheries research and management have begun questioning the investment into hatcheries. The potential of breaching the lower four Snake River dams grows more realistic each day.

Real hope comes with every wild sockeye that returns to its ancestral spawning grounds at Redfish Lake in Idaho. The flashes of chrome that make it past the gill-netters in the Columbia, past the succession of damns and drop eggs into the gravel of the Salmon River provide inspiration. Anglers feel real hope at the pull of a steelhead dancing on the end of their line.

It’s hope that each year fish will return in spite of all we have done to mire perfection.   It’s the kind of fight we should all be helping to win.

With no hatcheries remotely near them, the waters of Bristol Bay—the Kvichak, Naknek, Nushagak, Mulchatna, and more—contain genetic stock so pure and diverse, they create a more secure and stable portfolio than Wall Street could ever dream. While fly fishers are intrigued by the lure of Bristol Bay salmon, rainbows feeding on the eggs, flesh, and salmon smolt have captured the imagination of anglers since the first sport anglers (members of the National Geographic Griggs expedition to the Valley of The Ten Thousand Smokes) had their rods broken in 1922. 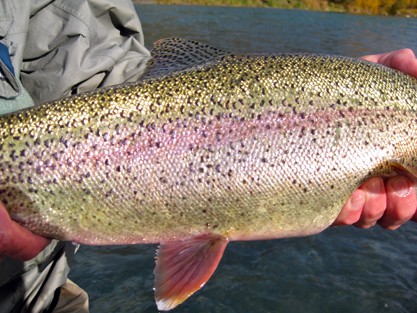 Like the Columbia, native peoples have subsisted on these waters for more generations than the sport of flyfishing has globally existed. Commercial fishers have drifted their nets at the mouths of Bristol Bay rivers since the late 1800s. Yet, this fishery remains the closest thing to a sustainably managed commercial salmon fishery on the planet. Unlike the Pacific Northwest, there is little-to-no development in Bristol Bay. No dams, deforestation, encroaching human population, or general neglect.

This reality, however, could change as a partnership between Anglo-American Mining Company and Northern Dynasty Minerals has proposed to build the largest open pit mine in North America. According to preliminary numbers, Pebble Mine seeks to extract roughly 10.78 billion tons of earth to get at copper, gold, and molybdenum, which makes up roughly 1 percent of the earth extracted—leaving over 10 billion tons of waste behind. In addition to road corridors to transport materials, new power lines, and slurry pipelines, Pebble would open the gates to more development, more mines, and greater threats to this intact jewel of salmonid heritage.

As we look back at history and hope for recovery of the Columbia’s salmon waters, in Alaska the fate of Bristol Bay has become a matter of national conscience. Flyfishers are leading the fight and the work of groups like Trout Unlimited and Sportsman’s Alliance for Alaska are key drivers in the effort. Yet, the story grows more inspirational as we look at the collective effort between sport anglers, commercial fishers, and Alaska’s native tribes, corporations, and villages. In the Columbia and Snake, such cooperation has been a historical rarity. Yet in both places it’s a necessity.

The story of the Columbia instructs us as to what can happen when stewardship is neglected in favor of greed and development. While it’s unlikely the Columbia could ever reach the heights of its productive legacy, certainly Bristol Bay provides inspiration and a path for restoration including the power of community collaboration and collective voices to enact change.

Unfortunately these are inherently political battles, but in reality they should go beyond political boundaries, encouraging bipartisanship and teaching us to see a bigger picture. This is not just about fisheries for a silly, religiously articulated sport such as flyfishing. No. Healthy rivers mean healthy fish, healthy communities, healthy food supplies, and of course a healthy sport.

Writer, activist, and restorer of Mattole watershed salmon, Freeman House mused: “If only in their disappearance, the salmon are speaking to us.” He’s right, and we had better listen. In the Columbia we have opportunities to repair past wrongs and repay debt, in Bristol Bay we have the opportunity to do the right thing, from the beginning. 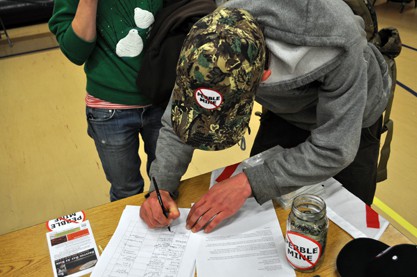 Now is the time to get involved. You owe it to past generations of anglers, current anglers, and future anglers. But mostly you owe it to the salmon, steelhead, and their watersheds. Here are organizations that need your help to enact change in the Columbia and preserve what we have now in Bristol Bay Alaska.

Sites to Visit and Support