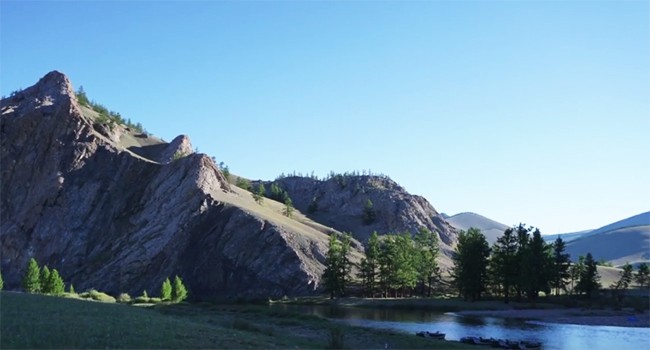 A story of wholes and fractions

Russia’s Lake Baikal contains one-fifth of the earth’s fresh surface water, while two-thirds of its plant and animal species exist nowhere else on the planet. One river, the Selenge, provides more than half of the lake’s annual inflows. Without this river and its tributaries, there would be no Baikal as we know it.

Although people around the world revere Lake Baikal—a UNESCO World Heritage Site—only a tiny fraction of us know the name of its principal source: the Selenge. The headwaters of this incomparable river begin nearly 930 miles from the lake, in a seldom-visited corner of Mongolia. The river basin is the target of numerous proposed dams and diversions, including both hydropower projects and transport schemes to supply water to faraway cities and mines.

The dangers to the Selenge are not limited to the usual suspects—such as drought, human migration, and unregulated mining. Instead, the river has become a veritable hostage of global geopolitics, a victim of Mongolia’s legitimate desire for energy independence from Russia and China’s ravenous One Belt One Road Initiative. In September 2017, the World Bank placed a temporary freeze on plans for two dams in the Selenge basin. While the decision feels like a victory, the necessary engineering and feasibility studies have already been completed and these plans could be revived at any time. Someday perhaps, after careful consideration and committed attempts at risk mitigation, the communities involved will decide that the health of the river is not inconsistent with hydropower development.

In that case, our considerations must begin now. A 2017 U.S. Geological Survey document reported that its authors were “unable to find published faunal surveys or specimen records for the [headwaters region] in English, German, or Mongolian.”

This 2018 expedition from the headwaters of the Selenge to Baikal, traveling in non-motorized boats, will collect water-quality and fisheries data and—through text, images, and video—draw international attention to a remote and beautiful landscape that has been stewarded by countless generations of nomadic herders. Along the way, the team will work to foster a common understanding of the issues that confront the watershed and its most charismatic species of fish, the taimen. This long-lived member of the trout and salmon family can reach lengths of 5+ feet. Although its ecology is not yet thoroughly understood, individuals have been known to travel more than 60 miles annually within the drainage.

Hucho taimen is listed as endangered in Mongolia and Russia’s neighboring region of Buryatia. According to the IUCN, the taimen has lost nearly 20 percent of its range in Mongolia and almost 4 percent in Russia’s Volga, Ural, and Arctic drainages. Over three generations, the loss of abundance in Mongolia has been estimated at 50 percent, with the corresponding loss in Russia’s Volga, Ural, and Arctic drainages at 30 percent. The upper tributaries of the Selenge are considered a stronghold for taimen in Mongolia, and DNA evidence suggests that the Selenge strain is genetically distinct from that which inhabits the Amur River tributaries to the west. More than three-fourths of the published research on taimen in Mongolia has been conducted in this gravely threatened drainage.

The goals of the expedition are three-fold: 1) to gather baseline data on aquatic fauna, including invertebrates and fish; 2) to continue the collection of water-quality data begun by other researchers; and 3) to serve as a catalyst for constructive change.

Using protocols developed by the Center for Natural Resources & Environmental Policy at the University of Montana—along with its international network of experts on transboundary conservation and international water law, policy, and governance—the team will identify local stakeholders and decision-makers, estimate the capacity to work together across boundaries, and harvest lessons from similar transboundary regions. The Center will conduct some interviews before the expedition begins; as the team moves downstream, it will then invite key stakeholders—including community leaders, activists, politicians, and bureaucrats—to participate for as little as a single meal or as much as a full-day float, in hopes that the conversations that ensue while at the oars or around the campfire will help illuminate the challenges that confront the watershed.

In June 2017, one expedition member asked the environmental director of Mongolia’s Hovsgol Province if he thought dams were a good idea. His answer: an unqualified yes. The next day, during his first-ever float down the river, the director and his young son also enjoyed their first lessons in catch-and-release flyfishing. If he knew how a dam would affect the movements of migratory fish like the taimen, would he have modified his response? We intend to ask him this summer.

[Peter Fong is a writer, photographer, and flyfishing guide. He’s been the head guide at Mongolia River Outfitters for more than a decade.]