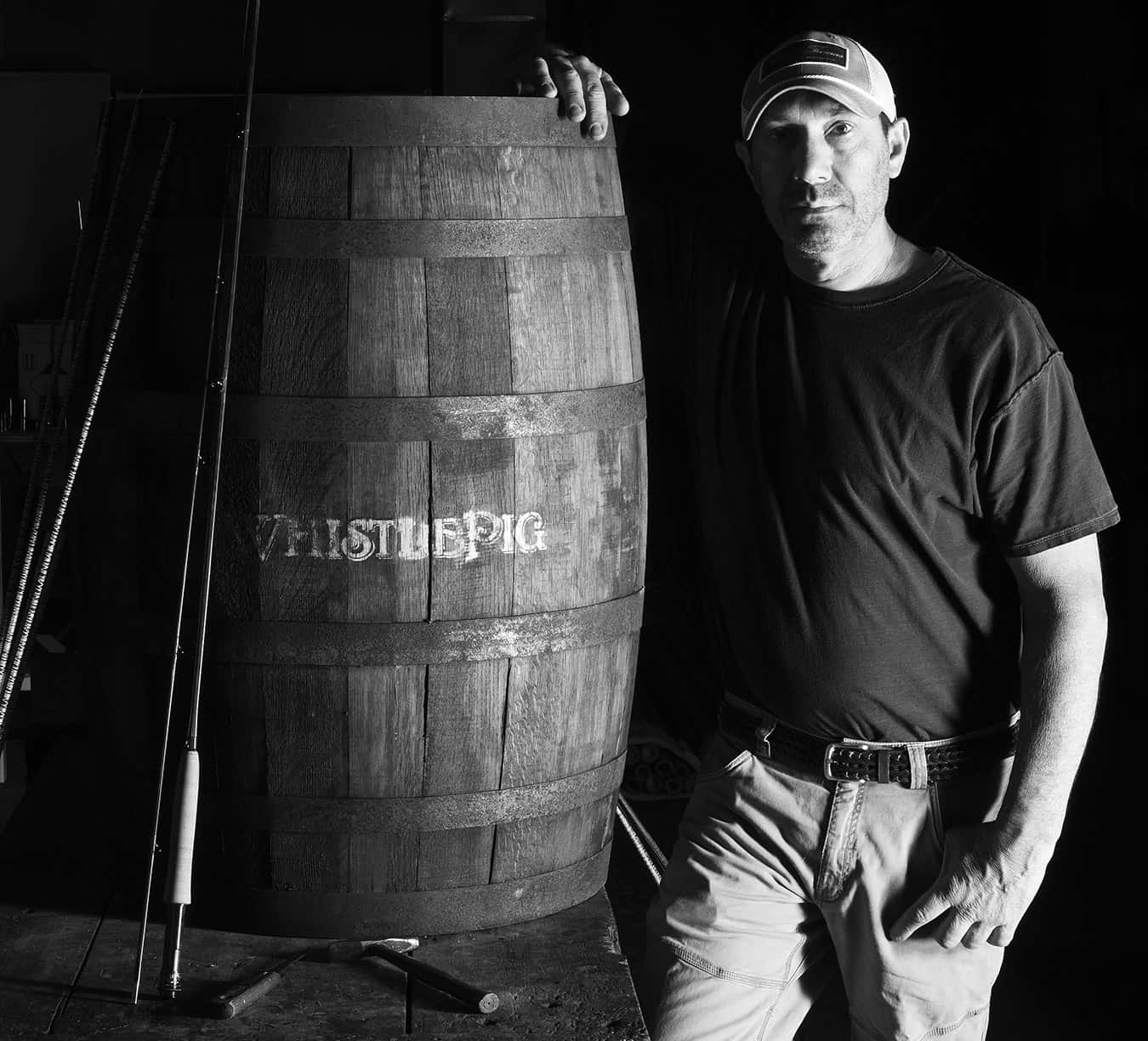 Thomas & Thomas finds a friend in the whiskey business

Like many Westerners, I grew up without ever giving much thought to bamboo fly rods or rye whiskey. These things were viewed—like icy ski slopes or Steelers fans—as products of the Northeast, and thus of little concern to us Left Coasters.

In college I started reading about a few bamboo rod-builders out West, most famously Montana’s Glenn Brackett and Tom Morgan, at R.L. Winston. But, like many people my age, while I’d heard of rye because Don McLean sang about “them good old boys” drinking it, there was virtually nowhere to buy it, especially outside of the Mid- Atlantic zone.

Now, however, it seems both bamboo and rye are experiencing something of a revival. Bamboo is closing this decade as the comeback story that fiberglass was at the beginning of it. Chasing the Taper, Tinboat Productions’ wonderful documentary on bamboo rod-makers, which has spent much of 2019 gathering film-festival accolades from around the country, focuses on bamboo fly-rod building as a “vanishing art.” But is it?

Several major rod brands like Orvis, Scott, Thomas & Thomas, and Winston all produce bamboo rods. (Winston re-opened its bamboo shop in February. It had burned down in May 2017.) And these are on top of the dozens, if not hundreds, of independent builders across North America, from Bob Clay’s Riverwatch Rods in Northern B.C. (another branch on the Tom Morgan tree), to Sweetgrass Rods in Butte, Montana (founded by Brackett and Jerry Kustich), to Bill Oyster’s shop in Blue Ridge, Georgia. With all these companies, how can the rods remain so expensive, typically $2,500 to $6,000? Two simple reasons: The time it takes to build one, and the still-small number of people that know how to do it right.

One of those people is Troy Jacques, bamboo rod master for Thomas & Thomas, which celebrates its 50th anniversary this year. I got to spend some time with Jacques this spring, thanks to an interesting three-way collaboration between Massachusetts-based T&T, Vermont-based WhistlePig Distillery, and the Independent Stave Company (ISC), which has been building whiskey barrels since founder T.W. Boswell opened its first mill in the Missouri Ozarks in 1912. 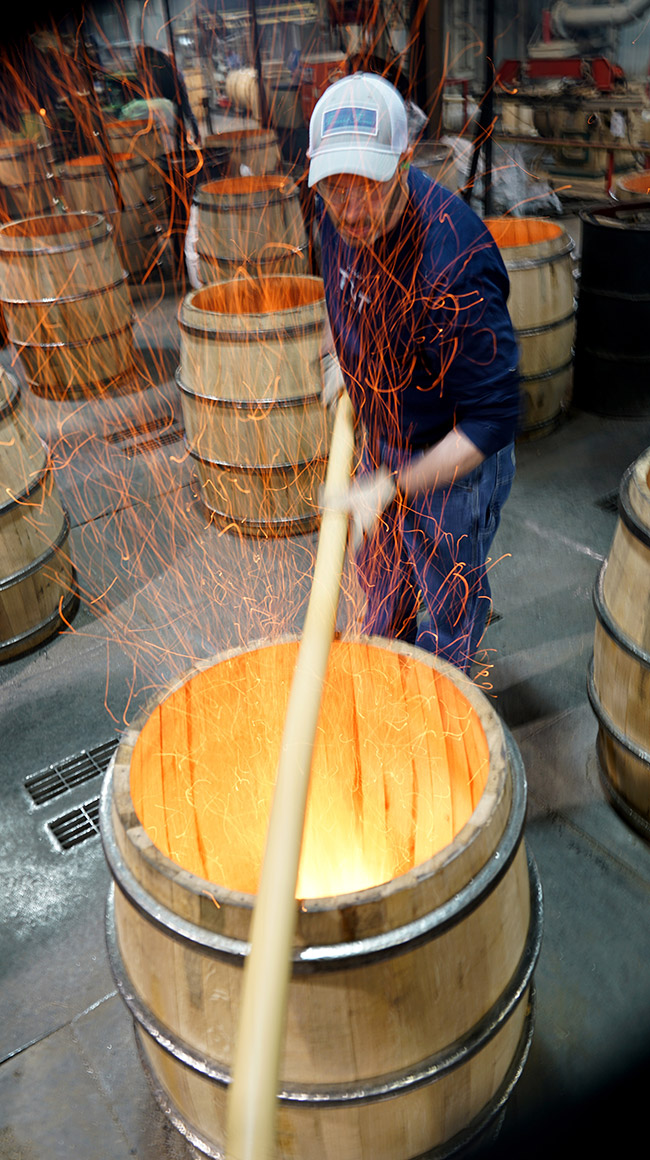 As part of their anniversary celebration, T&T teamed up with WhistlePig to build a select number of special bamboo rods that incorporates a similar type of toasting as WhistlePig uses to create their award-winning whiskey. “The WhistlePig project is interesting because their whiskey is made from straight rye, which is in the same grass family as the Tonkin bamboo we use to build our rods,” Jacques told me. “When I’m toasting some bamboo, the aroma it gives off is like a straw-ish, ryegrass smell. You can almost smell the sugars in the plant, caramelizing.”

Like the craft-brewery explosion that preceded it, the recent boom of micro-distilling is seeing independent brands pop up in every corner of the country, much of it driven by rye whiskey. (If you’re unfamiliar with the rules: To legally call your concoction “American Rye” it must be at least 51 percent rye grain, just like bourbon must be at least 51 percent corn.) Rye also tastes different, being less sweet than bourbon, with a sometimes-spicy flavor that is more dry or grainy, like the scent Jacques described smelling while he’s toasting bamboo.

One of the characteristics that bourbon and rye have in common, is that they are both stored in new barrels built from white oak, and there is no more popular producer of these barrels than ISC, now run by Brad Boswell, part of the family’s fourth generation. The bulk of these barrels are built in the company’s Lebanon, Missouri, cooperage, by people—called “coopersmiths” or “coopers”—trained in stave-making and wooden-barrel construction, itself something of a “vanishing art.” But business is booming. Last spring, ISC announced that it was building a new $66 million cooperage in northern Kentucky, in part to keep up with heavy demand for its whiteoak barrels from craft brewers, cider makers, wine makers, and the growing number of micro-distilleries.

Jacques joined me and a small group of others from WhistlePig and Thomas & Thomas for a tour of the Lebanon cooperage in early May. But Jacques was the only one of us allowed to toast one of his rods over a flaming ISC barrel.

“What’s intriguing about the white oak is that the inside of the barrel is toasted for WhistlePig in order to give their whiskey a complex flavor, which comes from the cellulose in the oak starting to break down,” Jacques says. “And I toast the bamboo to strengthen the cellulose, as a basis for building our complex rod tapers.”

The reason white oak is used for whiskey barrels—in fact, is required to be used by US law—is that it doesn’t leak. When a piece of white oak is cut from a live tree, tyloses are formed, which are basically little outgrowths or swelling, like blood vessels filling up. Anywhere there’s a knot there’s going to be a leak, which is why only the cleanest, knotless wooden strips can be used for staves (the thin slats that are pressed together to build a barrel). Not all oaks have tyloses. “Red oak is too porous,” said Gary, one of ISC’s tree-cutters. “Saw a red oak in half and you could blow right through it, like a set of straws.”

WhistlePig, for its part, makes some of the finest distilled rye in the country, and it’s priced accordingly. (Their Kentucky Owl 11 Year Old Straight Rye costs $275 for a fifth— and that’s not their most expensive.)

Ultimately, the three-way collab was a way to tell a cool story about wood—whether it’s 100-year-old white oak from the Ozarks, or a stalk of Tonkin bamboo from China—and about the passionate craftsmanship that goes into building something with it.

The 7’6″ 5-weight, two-piece WhistlePig Edition rods feature a reel-seat crafted from the actual barrel staves. When purchased, they will come, naturally, with a bottle of 15 year old WhistlePig Rye.