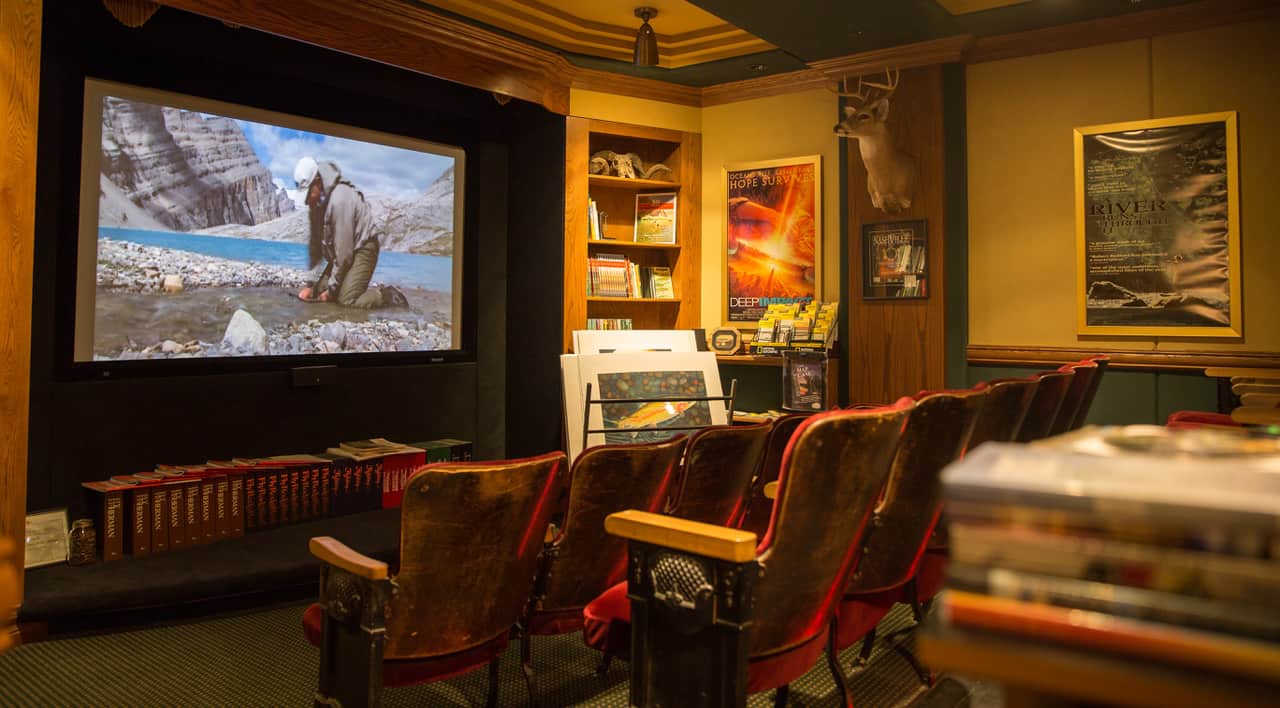 I’m comforted by the similarities between most fly shops. Sure, the rod rack might be in a different corner and each shop will have a couple local patterns, but that same “how ya doin?” coming from behind every counter reminds me of the common flyfishing culture we share across the country. However, every once in awhile I stumble into a shop that goes above and beyond the already high standard that anglers have set for flyshops. Fly South in Nashville, Tennessee is one of those standouts.

Fly South has the same amenities as every other fly shop. The main showroom houses rods ranging from tenkara to two-hander, soft-goods galore, and flies for every type of water imaginable. “We’ve got such a wide variety of fisheries within a ten hour drive, not to mention the diversity within the state of Tennessee,” said owner, Jim Mauries. Going for skipjack on the Cumberland in downtown Nashville? You’re set. Chasing bows on the Kenai? Bones in the Bahamas? No sweat.

But there are a few additions that make the shop truly unique. Before Fly South’s current home was a flyshop, it was a high-end A/V store and the small rooms that used to house home theater demo spaces have taken on new roles. They have the wader den, a clearance corner, and then there’s the room that’s still a home theater. Mauries explained the space’s many functions. “We have customers that put a movie in and spend their lunch here. Or when we have parents shopping and the kids are getting a bit outta hand, we can pop a film in, pop some popcorn,” and get back to the important things, like fitting mom and dad into new waders. The theater also houses a used book library. All titles are $5 and the proceeds go directly to Project Healing Waters.

Another one of the backrooms overflows with cardboard boxes and every kind of fishing tackle known to man. This is the unofficial Fly South Pawn Shop. Bring in any old fishing gear and Fly South will post it on Ebay. When your gear sells, they’ll give you a gift card for the full sale value. “No rods are obsolete anymore, but a lot of people are tired of fishing the same stuff. So, people will bring their old rod in, we’ll sell it for them, and then then can trade up.” Mauries said they’ll even sell your golf clubs for you. I’m not sure if they do cash for gold yet. 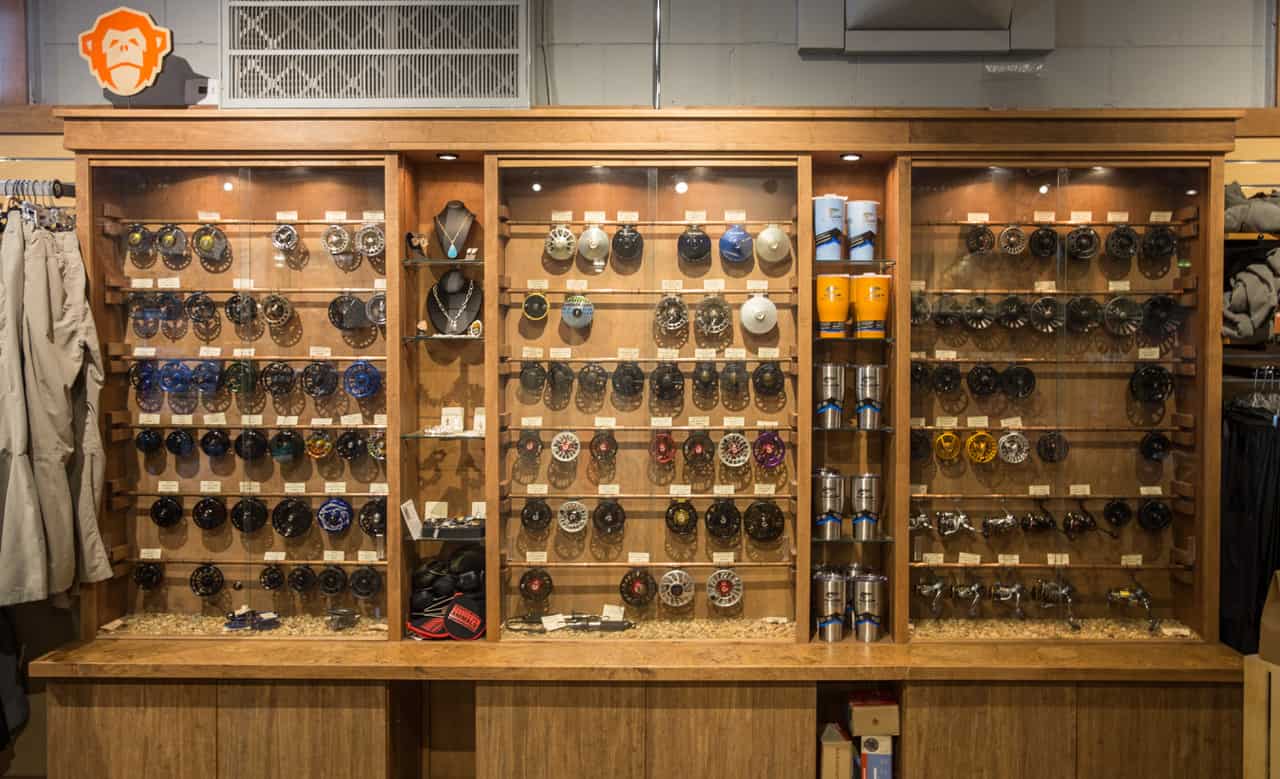 In addition to Fly South’s one-of-a-kind features, there are also minor variations on the norm that catch the shopper’s eye. The reel display is more of a standing trophy case than the cramped jewelry counter so common in most shops. This allows the customer to view the entire inventory of reels without bending over to see that bottom row. Another distinction is the shop’s fly tying department. “I told myself if I ever opened up a fly shop it was going to have a good tying selection. That’s what kept me back at the shop every week. And its strategic that it’s in the back because you have to walk by all the cool new rods and stuff.” Well played, Jim. 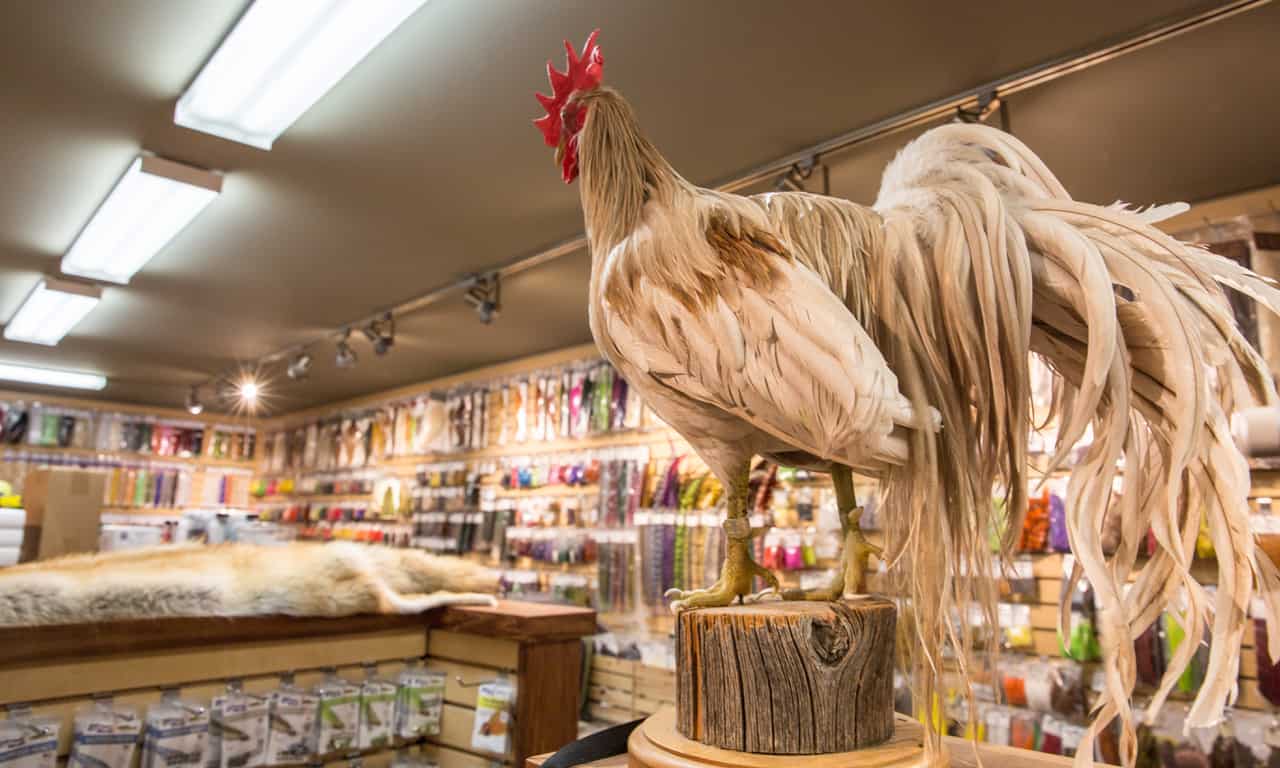 All of Fly South’s flashy bells and whistles aside, the best part about this fly shop is the staff. They know their stuff and are passionate about the sport. “Fishing is our first love. If the river is blown out and all you have is shad, then that’s what we’ll do. We’ll go throw for gar, we’ll go throw for buffalo, whatever. If the choice is not to fish or to fish, we’re going to choose to fish.”

Visit Jim Mauries and the whole Fly South crew by swinging by their Nashville shop or by checking them out online at flysouth.net.