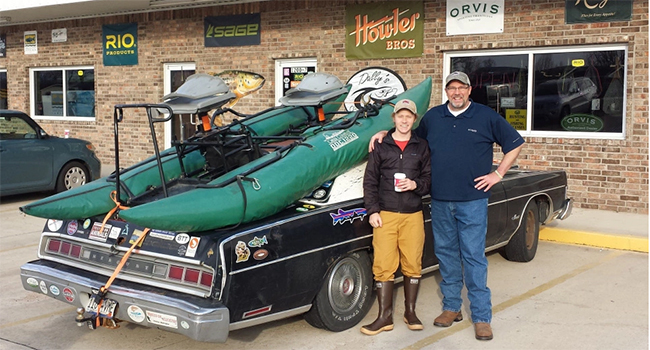 The White River used to be a premium bass fishery marketed toward adventure-seeking Chicagoans. Like these classy ladies, flyfishing for bass.

A negative side-effect of the free-flowing river was the White’s susceptibility to dangerous flooding. In the late 1940s, The Army Corps of Engineers stabilized river flows with several hydropower-producing dams.

An inadvertent consequence of the completion of the Bull Shoals Dam was cooler water temperatures below the dam. The bass moved downriver and into warmer feeder streams. In 1955, Congress approved the construction of the Norfork National Fish Hatchery, which repopulated the affected areas with coldwater-loving trout.

The White River below Bull Shoals now annually receives 1.4 million hatchery fish to sustain the largely put-and-take fishery. Clyde came to the White to get in on some of the stocker action. He also came to tempt those massive browns that feed on the hatchery fish. The folks at Dally’s Ozark Fly Fisher welcomed him with open arms. 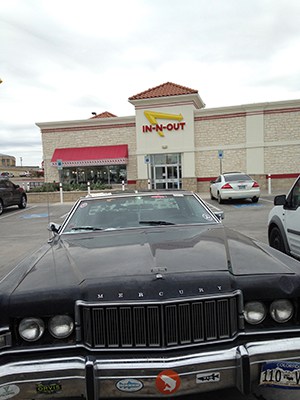 The conditions were ideal for sunbathers and daydrinkers, but sub-par for streamer huckers. The big browns tend to feed when water levels are high, which happens when the Bull Shoals Dam is generating power. But warm weather and low rain led to decreased power demand and generation capabilities. This in turn led to disappointing flows.

Clyde floated the White and the Norfork tributary for a week but failed to move anything worth mentioning. He resigned himself to dunking nymphs under hoppers through the riffles in the 80-degree weather. Global warming ain’t all bad.

Before too long, Texas called to Clyde. More specifically, Inn-N-Out Burger called to Clyde. If you look around, you might be able to find him at Tailwaters Fly Fishing Co. in Dallas, though he has plans to see the ocean in the near future.