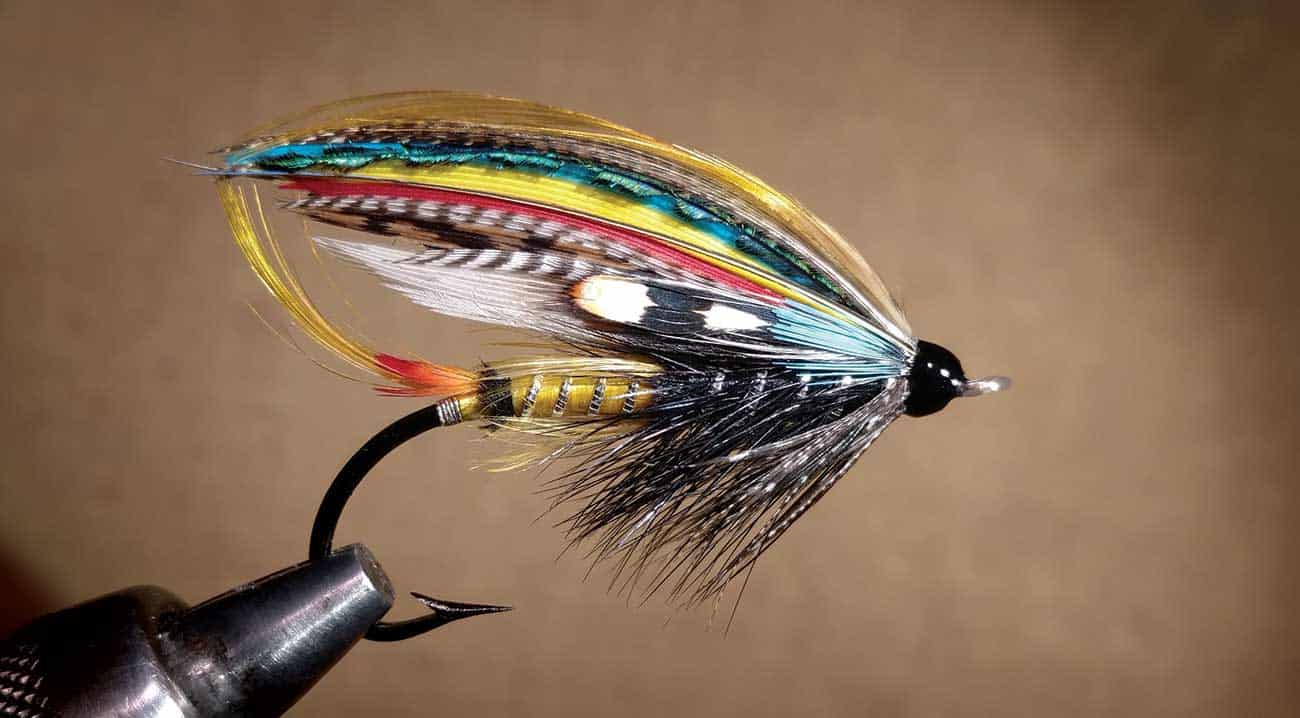 The best thing about a nightmare is the split-second you wake up and realize it was only a dream. Author Kirk W. Johnson skipped that moment, when, on December 29, 2005, he sleepwalked out of his second-floor hotel window in what he describes in the prologue of his new book, The Feather Thief, as a “PTSD-triggered fugue state.” Regaining consciousness on the concrete below, his nightmare was just beginning.

Johnson’s fall coincided with a family reunion in the Dominican Republic, what was supposed to be an appreciated breather from a job coordinating the reconstruction of the Iraqi city of Fallujah for USAID. The accident left him with severely broken wrists, a busted nose, and a cracked skull. But it was the pain from a shattered jaw that he recalls most vividly.

“On the way to the hospital with my brother, I had this towel around my face to help stop the bleeding, to help keep everything in place,” Johnson tells me as we stand overlooking a high bank on the South Platte, near Denver, scanning for trout. “The problem was, I couldn’t get a good grip on the thing. It kept slipping.” That’s when he looked at his hands and noticed for the first time that they were only loosely connected to a pair of mangled wrists. Shattered bones had splintered through the skin. “I had no idea.”

It’s a gory picture. Yet Johnson’s casual painting of it comes with a half-smile that reveals some kind of unspoken truth. “A broken jaw is the absolute worst,” he tells me, describing a force so singularly consuming that it nullifies all other distractions—cracked skulls and broken wrists included.

More than a decade removed from the incident, Johnson now lives in LA with his wife, Marie-Josée, and two young children. He was in Colorado doing readings for The Feather Thief, a project that had consumed him for the past six years. Later that night, the 37 year old spoke at the Tattered Cover, Denver’s historic indie bookshop. Following the Mile High City event, he presented at the Smithsonian in DC. And from there, he traveled to the UK, where his book detailing the bizarre case of an American teenager turned international crook, is already receiving high praise.

In the truck, on the way to the river, Johnson perused a fresh tribute on his iPhone, this one from the British daily, The Times. It reads, “The Feather Thief truly is a tale of obsession. All the men who appear in Johnson’s enjoyable book, including the author, appear to be batty, gripped by a mania for exotic birds.”

“The Feather Thief truly is a tale of obsession. All the men who appear in Johnson’s enjoyable book, including the author, appear to be batty, gripped by a mania for exotic birds.”

Those birds, dead ones, supply the base ingredients for the expensive, oftentimes ornamental ties of the classic Atlantic-salmon patterns. Ones you likely won’t fish during a morning sesh on the Platte. Flies such as the Chatterer, detailed in George Kelson’s 1895 tome, The Salmon Fly, take hours to build. And procuring the full list of its ingredients, including Indian crow and jay feathers, chatterer cheeks, and blue macaw horns, can cost upwards of $2,000. That’s to build one fly. The exorbitant price being the result of feathers that are hard to obtain, in part because they are often plucked from endangered birds, a designation that also makes them illegal to buy or sell.

And so begins the story of Edwin Rist, a man Johnson first heard about seven years after spilling out of his hotel-room window. He was wading the Red River, near Taos, New Mexico, casting flies with local guide Spencer Seim. As Seim remembers it, “At one point during this half-day trip I flipped open my streamer box, and there was this Jock Scott sitting there. Kirk asked me, ‘What’s up with that crazy fly?’ And I just talked about it. Lo and behold, we end up at his place, talking till three in the morning, compiling info about this kid named Rist and his extraordinary museum heist.”

At the time, Johnson was creeping toward the completion of his first book, To Be a Friend Is Fatal, which recounts his experiences in Fallujah, and details the deadly situations many Iraqis employed by the U.S. coalition faced. (Johnson had also started a non-profit called The List Project, designed to help those same foreign allies seek refugee status and later gain asylum on American soil.) Due to the book’s grim episodes, it’s not a cheery page-turner. In fact, Johnson says it’s at times so wrenching that he fears many readers had a tough time finishing it. Writing it, recounting the horror stories inherent to war, was equally taxing. So Johnson had turned to flyfishing to help him tunnel through what had become a writer’s wall. What he learned about Rist that day on the water became his escape hatch.

“As Spencer told me about Edwin and the stolen feathers, there was this little fire in my brain, where I was like, ‘This is an insane story.’ I just wanted to find out more,” he says. “It was kinda just this shiny thing.” 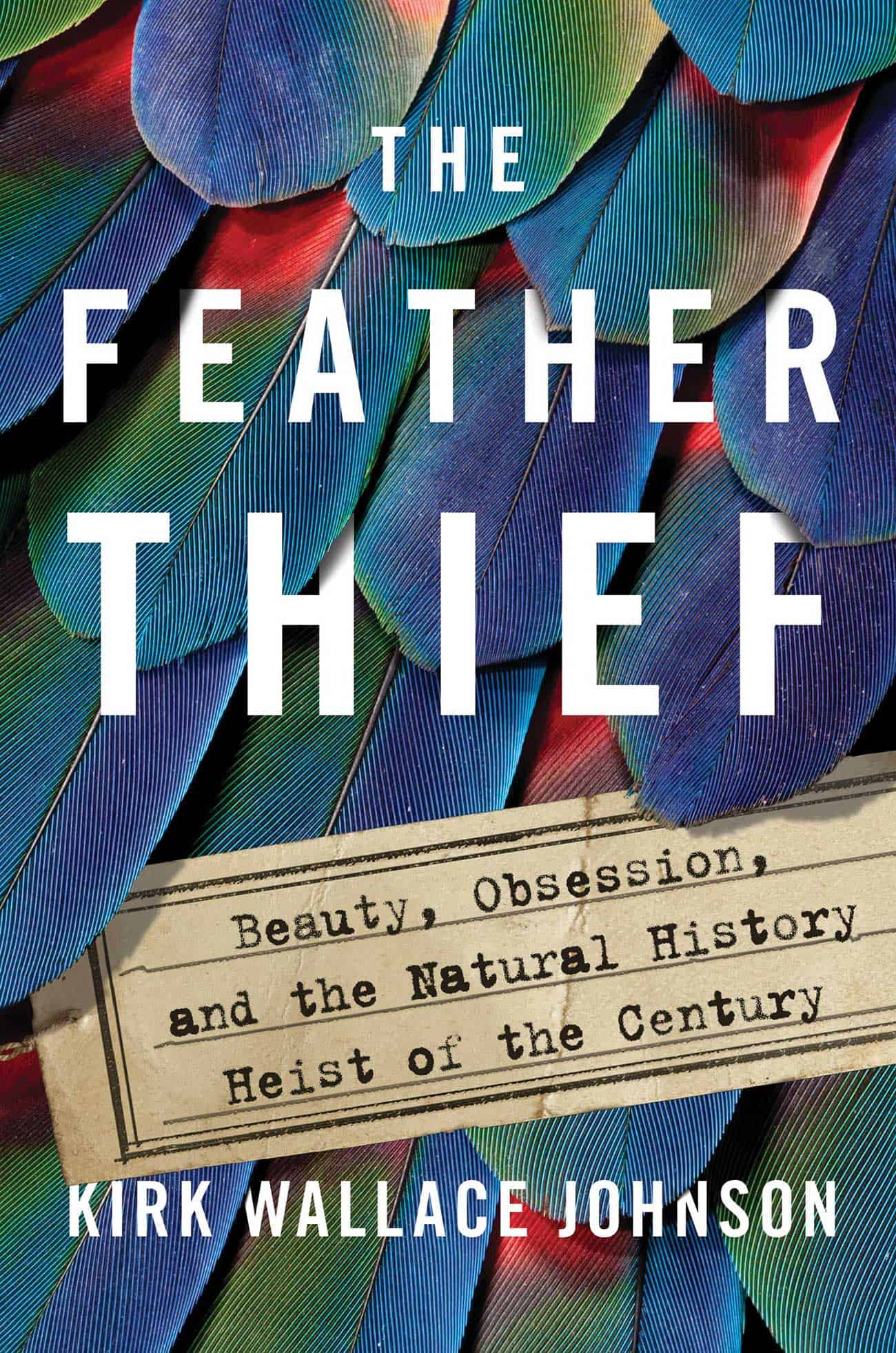 The gist of that glimmer is this: In 2009, Rist, a 24-year-old American abroad, was attending London’s Royal Academy of Music. The prodigal flautist was also a first-rate fly-tyer, who schemed to swipe the special feathers he needed for his classic craft. One starry night, Rist boarded a train to the town of Tring, where he scaled a fence, smashed a window, and dragged an empty suitcase into its Natural History Museum. He then stuffed the bag with an estimated 300 skins. The specimens, many of which were originally collected by noted British naturalist, explorer, and evolution theorist Alfred Russel Wallace, during his excursion to the Malay Archipelago (now Singapore, Malaysia and Indonesia) in the mid-1800s, ranged from resplendent quetzal to king bird-of-paradise. After the heist, Rist amassed gobs of money selling piles of plumage on various dotcoms. The spree ended when authorities nabbed the thief in 2010. A year later, the case went to trial, where Rist eventually skated to freedom on a suspended sentence. (He’s currently believed to be in Germany, living under an assumed name.)

But Johnson’s painstakingly researched book does not let the culprit off that easy. Nor does it play nice with the classic Atlantic-salmon flytying community, a group that Johnson fingers for wittingly procuring stolen goods following the heist, then covering up its tracks by deleting anything and everything connecting anyone and everyone to Edwin Rist on one site in particular, Classicflytying.com.

“It wasn’t weird enough that a kid stole some birds for flies; it was that, on one hand the [classic flytying] community condemned him as being one bad apple,” Johnson says. “On the other, the minute the word Tring is mentioned, it triggered the most intense and strange responses [from the same community]. Those reactions got my antennae up.”

If flyfishing was Johnson’s getaway from a past that haunted him, his investigation into the Tring heist quickly went from deflection to infatuation. The newfound obsession unfolded in a multi-year crusade to write about and recover the missing birds. It started with scouring forum pages and Facebook groups to better understand the ins and outs of the flytying world. “I was trying to find out what exactly happened,” he says. “Was it true that [Rist] stole this many birds? What goes into tying a classic salmon fly? Why are these particular feathers so important? And so on.”

Many of the answers to those questions came from his guide, Seim—the same guy who carried around a Jock Scott in his streamer kit. Having tied traditional salmon flies since 2005, Seim was an active member in the classic flytying community, as well as on its Classicflytying.com forum. And it was at a flytying symposium, in 2010, when Rist first appeared on his radar. “I was at the bar with a couple tyers, and that’s when they told me that Edwin had gotten in trouble for breaking into the museum. And it all made sense… how the market appeared to be suddenly flooded with all these hard-to-find feathers.”

Seim’s involvement with Johnson, as both a source and confidant, has since resulted in some lost friendships. “A lot of these people have turned their backs on me, while my relationships with other tyers have strengthened,” he says. The split is also partly the product of Seim having recently spearheaded a sustainable tying movement, focusing on substituting endangered feathers with stuff that’s more readily available, like turkey and pheasant feathers. It’s a paradigm shift that’s made him a pariah with some of the old-guard tyers, while at the same time making him something of a visionary with guys who don’t want to see a Rist repeat.

Seim’s Facebook group is called Sustainable Classic Fly Tying. “It’s gotten some blowback from people who don’t understand that this is wildlife that we’re dealing with, and that this is a real survival-of-species situation. What we’ve created, unfortunately, is a market that caused someone like Rist to break into a museum and steal birds. That market is still very strong.”

At the time of this writing, a quick eBay search for “resplendent quetzal” feathers produces several hits. The particular bird, with its vibrant blue, green, and red coloring, and its long twin tail feathers, is endangered throughout its range from Southern Mexico to Northwestern Panama, and it’s protected by the Convention on International Trade in Endangered Species of Wild Fauna and Flora (CITES), which ensures that international trade in specimens does not threaten their survival. Yet there it is—in tidy little packs of matching feathers that start at a hundred bucks a pop.

Johnson doesn’t hold back when it comes to scrutinizing peddlers and purchasers of illicit feathers in his book. He’s also still shopping eBay for incriminating evidence on them. “It’s like I’ve tethered myself to yet another unsolvable problem,” he says.

“Look, it’s not like some flytyer bullied me in junior high and this is my vengeance,” he continues. “It’s that the book led to some basic questions about why people do what they do, and why they’re driven into these gray areas, where there’s no connection to reality. There’s no reason why an Atlantic salmon should be attracted to a king bird-of-paradise feather. The earth just doesn’t produce results like that.”

Yet sometimes, inextricably, it does. 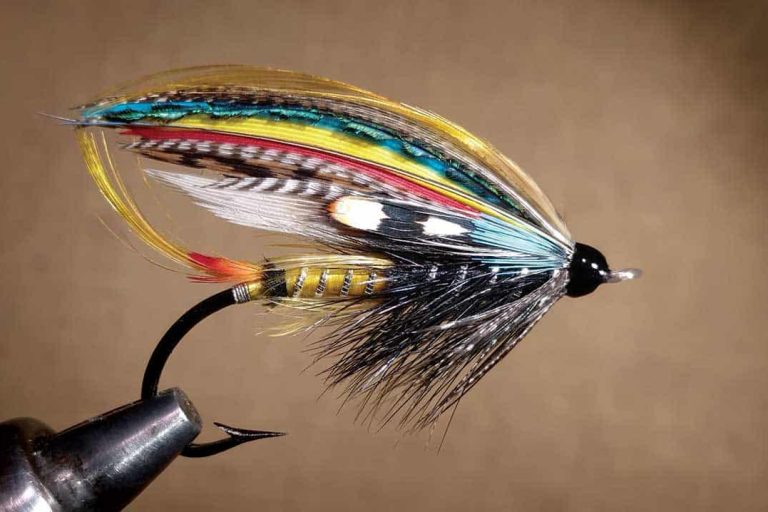 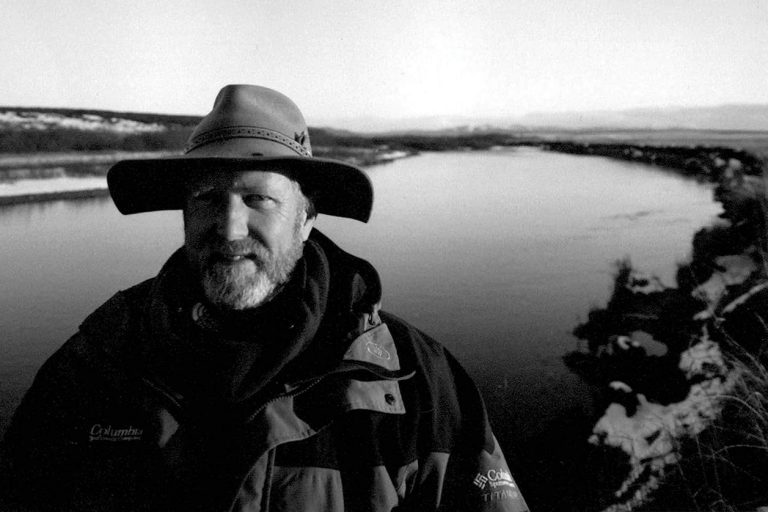 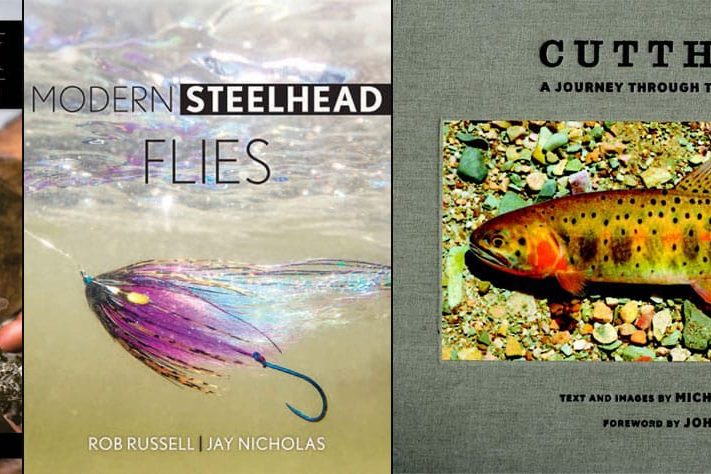 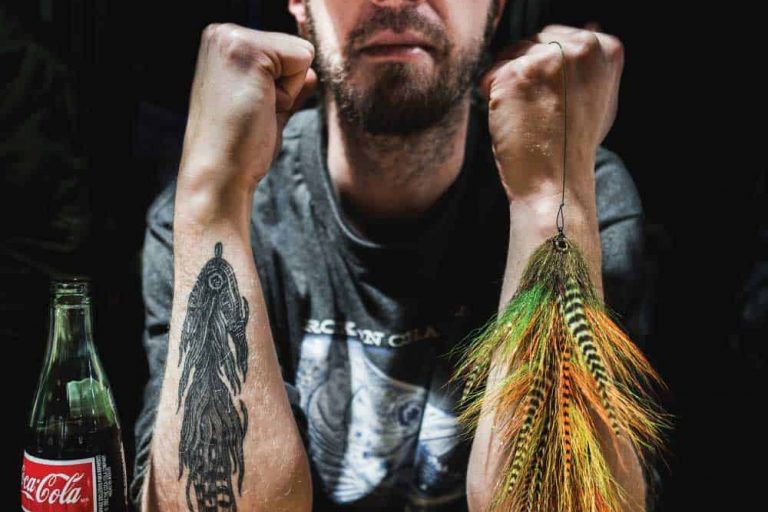 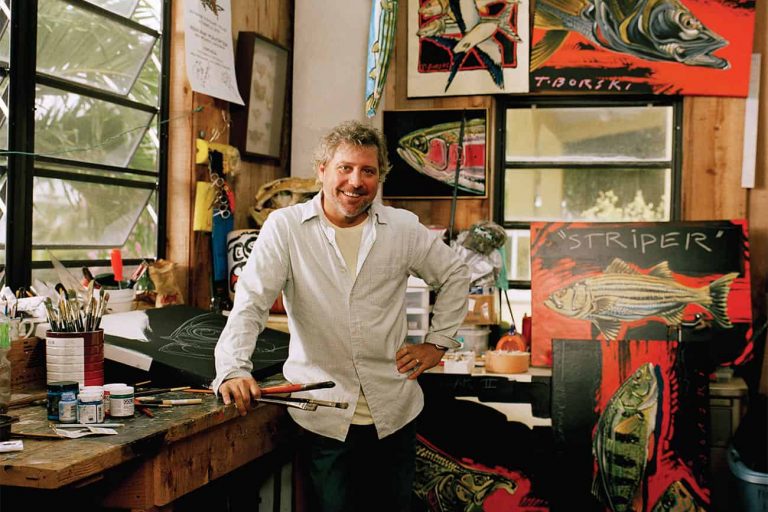 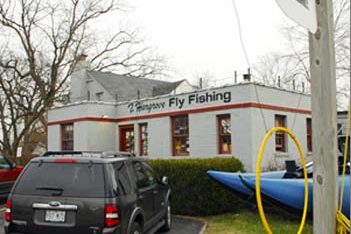