A fly shop runs through it

Wolf Creek, Montana, is just ambitious enough to justify a post office and a couple of bars. Its proximity to cold, clear tailwater stretches of the Missouri River, below Holter dam, also make it ripe for a fly shop, and that’s where Wolf Creek Angler steps in.

Shop co-owner Jason Orzechowski purchased the retail space and motel/cabins business from Montana River Outfitters’ (MRO) owner Craig Madsen in 2013. He and his partner Fred Davison have since been hammering and sawing and filling it with flies and merchandise for anglers who’ve sidestepped the dudes-in-waders mecca of Craig, just down the street, for good river access and an out-of-the-way experience only Wolf Creek can provide.

“There’s obviously a lot of history here, especially with its A River Runs Through It connection [Wolf Creek was home to Norman Maclean’s love interest and eventual wife, Jessie Burns],” Orzechowski says. “And although it lacks the creature comforts of a place like Izaaks, in Craig, our two bars suffice. The Frenchman and Oasis are open year-round, and whiskey always tastes better when it’s half the price.” 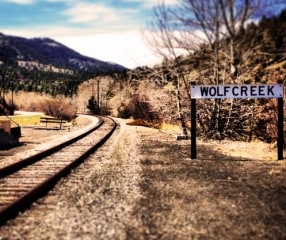 Before Wolf Creek, Orzechowski spent his career in Michigan’s metal casting world, working for and eventually running an iron foundry near Ludington. In the late ’90s, flyfishing took hold and he became less interested in molds and molten iron. A vacation to Montana in 2008 solidified the westward move/fly shop idea, “and my wife and I spent the next several years pursuing this dream.”

Early negotiations on two Treasure State shops fizzled. But the search continued. In 2012, Orzechowski sold the foundry business and his home, and moved with his wife, Sheila, to Helena. “I knew nothing about the Missouri at the time and we chose Helena simply because we thought there would be more job opportunities in the state capitol,” he says.

Orzechowski got his break when Montana River Outfitters hired him for the 2013 season. He spent that year guiding on the MO and managing MRO’s Wolf Creek operation. When rumors of a potential sale surfaced, Orzechowski called friend and fishing partner, Davison, and they began discussing their pitch. Davison sold his drywall/painting business soon after that conversation and the duo purchased the Wolf Creek portion of MRO. Wolf Creek Angler was born. 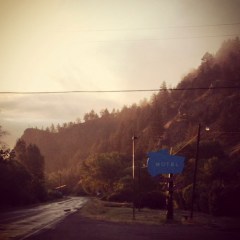 Two years later, the shop carries a specialty fly selection in addition to brands such as RIO, Fishpond, and Ross. It’s also in the process of adding Kast Gear, Smith Optics, and Nautilus Reels for 2015. During prime season, which starts with midges on the Missouri today, followed soon by swarming baetis, PMDs, and caddis hatches into June and July, the shop employs about half a dozen full-time guides. Its other essential commodity is lodging. With four individual cabins and adjacent motel operations, Wolf Creek Angler can house about 30 guests, with rates ranging from $70 to $120 a night.

With rooms stuffed, the local population balloons with a mix of anglers from Bozeman, Kalispell, Missoula, and beyond. “It’s like our own little community,” Orzechowski says. “Everyone’s sipping cocktails and sharing stories and, with the Oasis and Frenchman close by… it’s never hard to find a refill station.”