There is a point of rock at a riffle that pours into a run that digs against a bluff that’s abutted by a dirt road that leads to a town of seven where we sit at a table drinking Jack and Cokes inside a warm bar.

Outside, inclement weather straddles the Afghanistan-like landscape that in March eats 4X4 vehicles in drifts of snow and where the earth’s last-remaining trout had survived the apocalypse that is now. 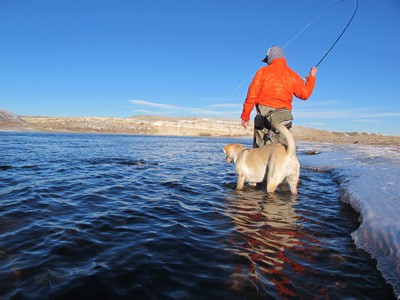 For a time we fished water that belonged to no one. We plied the soulless and nondescript. We embraced flows with undefined mechanics. Structureless water of girth and pace and push. It was as if the runs were asleep, only to awaken with a subtle tap. The abrupt stop midway through the straightening of line against tension. We sourced this booty and distilled it into a potent elixir. Beyond the reaches of anadromous meanders, this inland experience was about to systematically unbutton years of same into something sexy and unorthodox.

We had officially become swingers. 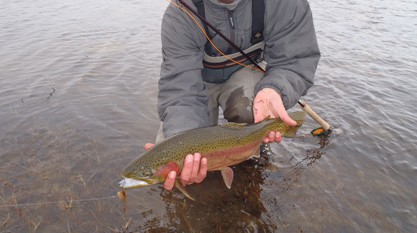 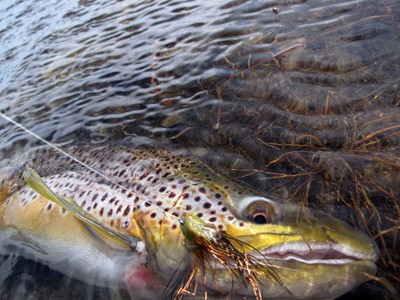 With life on the brink of redefinition, meaning became a commodity. The ancient practices of swingers, at one time confined to Pacific Northwest funk and overseas intrigue, were cloaked in ritualistic rites. But in the heart of the sagebrush jungle its presence was aloof, misunderstood. We weren’t alone, however. The mentor, I would learn, had been swinging unbeknownst for years. And so too had his cadre of Jedi underlings.

Monogamy with the nymph had run its course. And our deviant practices (referred to as the “swingers lifestyle” or simply “the lifestyle”) had risen from the dust of abstinence. Promise rings were shed like the Jonas Brothers on an epic groupie binge. Promiscuity was alive, and swinging had risen to the ranks of sex and drugs at informal gatherings. Swingers’ clubs took root, parties and demonstrations followed.

This larger-contextual movement would eventually eclipse all social stigmas. The climate was invigorating. And for that fleeting moment on the point of rock at a riffle that pours into a run that digs against a bluff, I was liberated.

The “lifestyle” had swung into southern Wyoming.