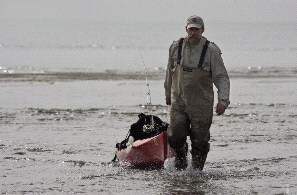 It takes a certain swagger to pull off a good mustache. Some guys just have it: Jimi Hendrix, Frank Zappa, Jose Wejebe. And ’staches on Norris, Bronson, Chuck Furimsky, and the Marlboro Man say “badass” like no others. Hall-of-fame pitcher and fisher “Goose” Gossage carries an enviable upper-lip umbrella, as does Dr. Phil—meaty enough to inspire any preadolescent to sprout whiskers and start wearing Speed Stick—or give out relationship advice.

Unfortunately, today’s mustache has mostly gone out of style. Classics such as dundrearies (a sideburn and mustache bridge connecting one side of your face to the other), the natural, the freestyle, and the always-awesome Fu Manchu are few and far between.

Beards don’t count. Every Vermonter has one, as well as most of New York City’s burgeoning hipster population. Goatees are glib—too mainstream and sported by anyone from the Pacific Northwest who lived through Kurt Cobain, Reality Bites, and reruns of Roseanne. Compared to the classic ’stache, this nouveau onslaught of facial hair derivatives is nothing but vanilla. And none of the alternatives quite say “Shit yea!” like a missing tooth and a backwoods stogie framed by a perfectly unkempt handlebar.

Despite this contemporary loss of gruff in favor of electrics, straights, Mach 3s, 5s, 15s, gels, creams, ointments, balms, and butt smoothness, a good ’stache still holds its own, especially when it comes to flyfishing. Though well-’stached flyfishers are harder to find, there’s still a handful living the dream. This dying breed tends toward independence, and pushes forth, stoic with their stiff upper lips swathed in unmanicured manliness.

What does the mustache say about the flyfisher? For starters, you’re clearly past the fledgling, second-guessing phases of the sport. You likely only carry one fly box. And it houses color variations of just two or three select flies, often tied with a wisp or two from your own stellar ’stache.

You fish the same river year in and year out. Not because you’re immobile, lazy, or complacent; but because you’ve already fished most of the others. And with that knowledge, you know that the grass is indeed greener right here. It’s likely a busty Western river that streams into the Pacific, with multiple seasons of anadromous runs.

Like a longtime lover beneath the sheets, you know its quirks and curiosities. On a good day, her demeanor is grand and giving, but she can be nasty, too—ushering in storms that leave you in awe of her callous moods, and leave your ’stache sprinkled with snowflakes. Luckily, you savor this trait in your woman and your home river. And neither would ever question the merits of your burly ’stache.

Ultimately, you are a man. Not a mere man, but a masterful man: A man with a mustache.

Geoff Mueller: those who can’t grow one, write about them.