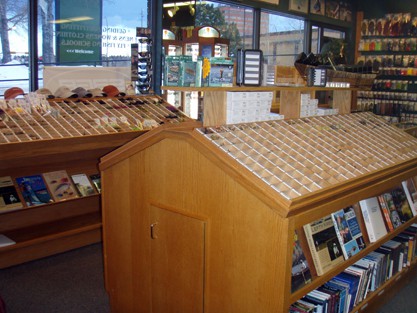 Think of Canadian delicacy “Poutine” much like you would a savory ice cream-Sunday—only substitute vanilla for French fries, chocolate for brown gravy, and nuts and a cherry on top for a heaping dollop of cheese curds. Sounds gnarly, but it’s actually quite brilliant… so long as you limit your intake in accordance with the Surgeon General’s warnings.

Over on the French side of the country, Poutine is pretty standard. But even on the Western half, it’s never too hard to get your hands on. And as you roll into Calgary, a shining cosmopolitan surrounded by a sea of prairie scrub, do yourself a favor and suss some out. Once you’ve inhaled it—lowered heart rate, about to slip into a gravy-induced coma—wash it down with one of Canada’s other great pleasures: Calgary’s Bow River.

Country Pleasures flyshop was been serving Bow River flyfishers since 1982. The original owners were Neil Jennings, Jim McLennan, and Ron Dutcher (all well-known Canadian flyfishers). Mike Gifford worked there as a shop rat in the mid-’80s and began guiding in 1986. In the fall of 2003 he purchased the shop from Jennings. 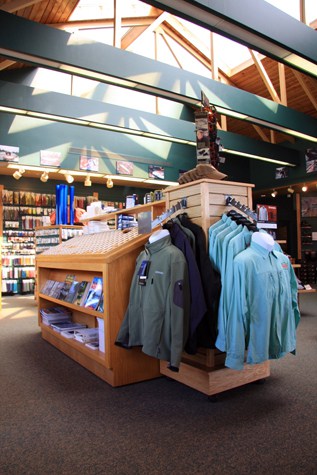 Calgary is a big city by Canadian standards. It is the fifth-largest metropolitan area in the country and because of that, Country Pleasures caters to a huge number of flyfishers in the Southern Alberta region—as well as a large clientele from across Canada, the U.S., and Europe.

“There are shop clients that have been with us for 30 years,” Gifford says. “We specialize in any kind of flyfishers, there’s too much competition in Calgary to be picky! If you have or want to hold a fly rod in your hand, we are more than happy to set you up.”

Country Pleasures’ primary lines are Sage, Orvis, Simms, Patagonia, and Waterworks-Lamson. In addition to a variety of hard- and softgoods for savvy shoppers at all ends of the price-point spectrum, the shop offers free Saturday morning seminars. These sessions primarily focus on tying, but have expanded into products and gear, techniques, travel, “and anything else we can come up with,” Gifford says. The shop’s flyfishing schools also have a strong following—and a campus that includes the Bow River to hone those new skill-sets.

“As far as I know, there isn’t anywhere in the world that you can catch a 2-foot brown on a dry in the midst of a city of a million inhabitants,” Gifford says. “And within a couple miles of the city you can’t tell you’re within fifty miles of a metropolitan area.”

Big fish and the Bow are synonymous. The river boasts a heavy nutrient load courtesy of the City of Calgary, mediated water levels provided by upstream dams, and has evolved dramatically in the thirty plus years Gifford has guided and fished it. He says that in many ways it’s become more technical. And one of the biggest changes has been fish size. “Twenty years ago a true 24-inch fish was a very big deal, a guide might see one fish of that size in a month. Now we see fish in the 20+ inch range with fairly high frequency.” 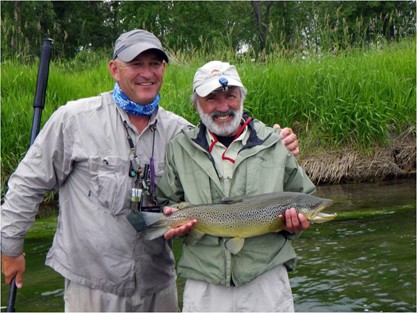 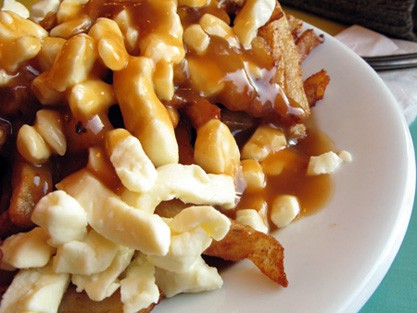 That spike in fish size has also meant increased traffic: “We certainly see more people using the fishery today than we did even a decade ago. But compared to other quality fisheries in North America, we don’t even come close in terms crowding,” Gifford says.

Canada’s infamous weather also helps curtail any chance of a winter stampede descending upon the Bow. (Just check out Canadian birth rates from September to December for proof.) But a weather anomaly known locally as a “Chinook”—warm air coming across the mountains from the Pacific—keeps the fishery viable throughout most of the icier months.

And when the Chinook misses its mark, there’s at least a warm batch of fries, gravy, and curds waiting to keep you comfortable. Calgary, come for the Poutine. Stay for the fishing.