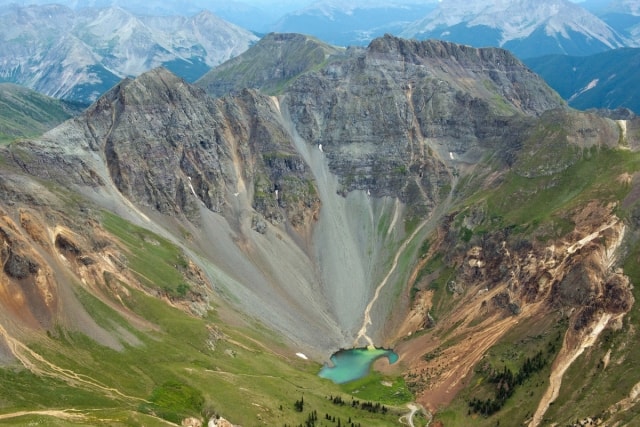 John Wark’s vertigo-instigating work bucks the confines of terra firma in exchange for a rarefied view: one that starts high in the sky, via the cockpit of his Husky A1 bush plane. Those images—including recent shots of Ma Nature doing her best to drown Colorado during last month’s biblical flooding events—continue to be featured everywhere from the pages of National Geographic and The New York Times to regional magazines, newspapers, and television stations.

So what ingredients go into framing the ultimate top-down image? Wark says impact is the goal. “Disaster has a good deal of ready-made impact, but really pulling in the viewer requires aesthetic elements, as well.” When Wark pulls the trigger from 1,000 feet, for instance, he’s factoring in framing, angles, lighting, and other details that go into capturing a compelling story.

“Anyone can take a picture of someone crying,” he says, “but will it be a great, sad, and moving photo? Probably not, unless luck or skill and training has been introduced.”

Wark recently sat down with The Drake. Here’s his story.

The Drake: What came first, the camera or the plane? And how did you end up combining the two into your current vocation?

John Wark: The camera. I took photos early, about age 10 with my own darkroom. I bought a commercial photo studio in 1992 and became a professional photographer. My dad [Jim Wark] was a pilot, and when he retired from his career as a mining executive around 1993 he started taking pictures from his bush plane, the same plane I use today, a Husky A1. He would travel around North America in the Husky taking photos, eventually in all 50 states, Canada, and Mexico. I had my own business, but we ended up working together on many projects. About 10 years ago I started flying and as dad slowed his flying I picked it up. 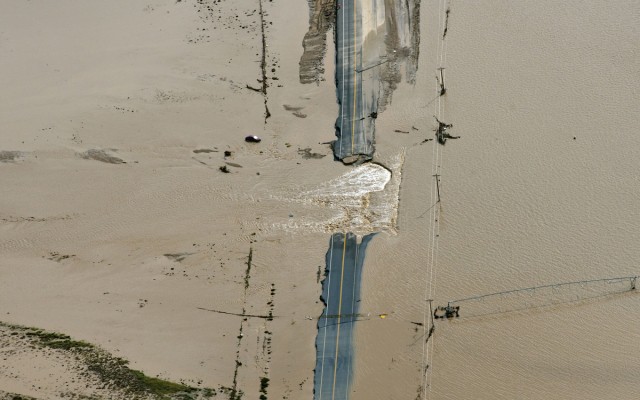 The Drake: I imagine fiddling with apertures and f-stops in the air could present potential problems/safety issues? How have you dialed in your system? 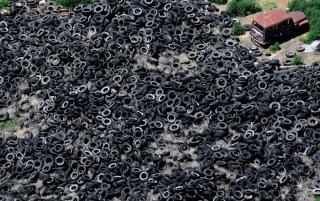 JW: The Husky A1 is a tail-dragger bush-type plane. Used in backcountry flying it’s very good for aerial photos. It will fly slow, has plenty of power, is stable and very responsive. The procedure is this: I see a photo-op. I position the plane as needed to get the composition (going higher/lower and around for the angle I want). Once I get there, I pick up the camera, usually a Nikon D800 and I take the photo. It takes about 3 seconds to get a photo. No fiddling with settings as they are all preset for conditions at the time. It’s true that there is a level of multi-tasking, but it’s quite manageable, especially when one is familiar with their camera and their airplane.

Being a backcountry pilot who flies into canyons with tricky winds and short rough strips means I have acquired a fine sense of the airplane’s attitude, performance and what I can and cannot get away with. 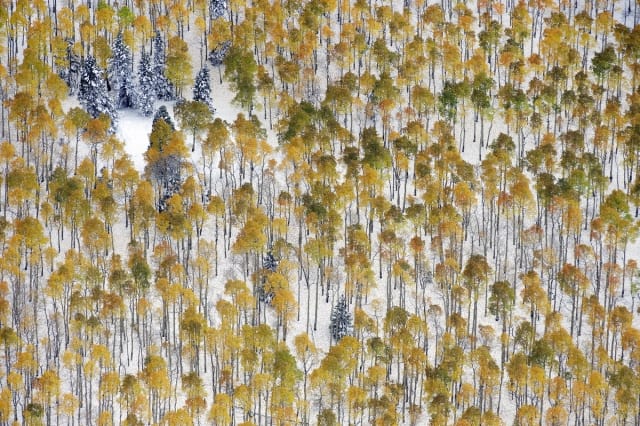 The Drake: Your client list includes high-profile editorial and television work, corporate entities such as Boeing and Goodrich, and… artist. Where do your shooting priorities lie these days?

JW: I have great corporate customers who use me for mostly ground-based work, in factories and showing processes, people and products. The media groups are usually aerial customers for the news cycles that come and go. My priorities are where the clients take me, but my personal work is almost all aerial right now as there is so much potential and not many others doing this. 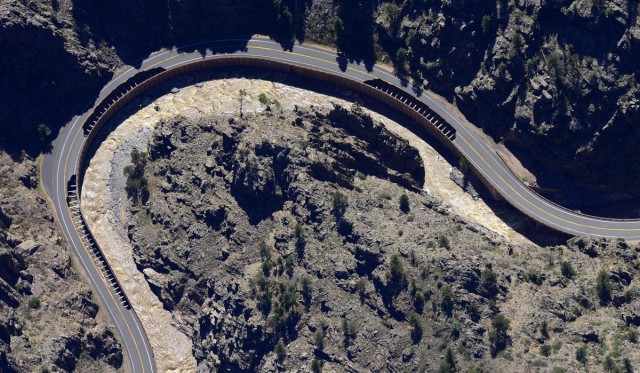 The Drake: Your aerial work is a mash-up of man-made and unmarred environment. As subject matter, what is it about earth’s sinuous arteries that appeal to you?

JW: When I’m flying around shapes grab my attention and rivers are so varied and their effects on the land can be so significant that they jump out. There is sometimes an organic feel, sometimes geometric or fractal, but whatever it is, when I see it I respond and try to capture the essence of what I’m seeing or feeling. Contrasts of texture, color, or subjects get me too. I like both man’s work and nature’s work. I also like to see decay…. buildings lost to time, etc. It reminds me that we are here for a spell then gone. 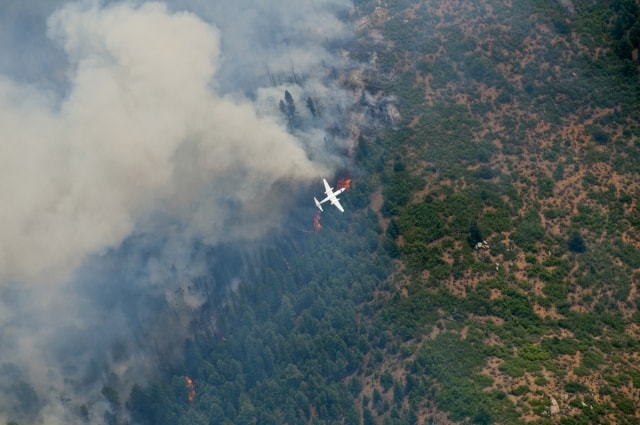 The Drake: In addition to rivers, what features make up some of your favorite subject matter and why?

JW: Patchwork of farm fields always get me looking. I like to compress farm landscapes with telephoto lenses to create abstract images with their color variations and positioning the shot to create unexpected border lines or circles. I also look for shots that I call ‘aerial street shooter’ shots. I always have liked street photographers who capture everyday life in compelling ways, such as Winogrand, and Friedlander. I attempt this from the air and have a good number of shots that have not been seen. And nature is always a favorite, I try to fly after storms or early or late in the day, the mountains especially look good under these conditions. 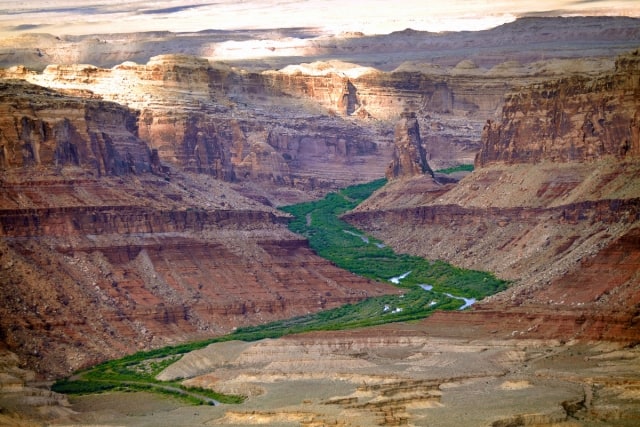 The Drake: NPR recently ran a series on your stark “Flying Above Colorado…” shots. What inspired you to get out and document the Waldo Canyon fires and flooding events on the South Platte and Big Thompson rivers?

JW: Any subject matter with potential for unique images is right up my alley. Smoke can make for dramatic scenes, and when there is real disaster unfolding the image are even more. Reuters and Associated Press and The Denver Post will call me directly sometimes and ask me to get stuff for them.