Matt Schliske isn’t 90 years old. He does not have a scraggly beard or a cabin in the woods. His driveway shows no signs of potholes and decrepit pickup trucks. And from what I can tell, the 37-year-old does not fit many of the clichés associated with “bamboo rod maker,” other than one: the pursuit of the perfect rod.

Schliske is a descendent of Wyoming cattle ranchers on both his mother’s and father’s sides. They planted fences, baled hay, and they used practical tools for utilitarian work. At the age of three, Schliske was presented with his own set of tools. His passion for design and building, however, would come years later while perusing the hallways of an antique shop. There he unearthed and purchased his first bamboo fly rod: “I bought that first rod and it was a piece of crap,” he says. “I tried fishing it and it cast terribly.”

Later he found a 7 1/2-foot Granger that had been made in Denver in 1924. More graceful than his first find, the rod was still in rough shape. He sent it to Atlanta rod maker Gary Lacey, who’d just received the rights to build Granger bamboo from Wright & McGill, for restoration. 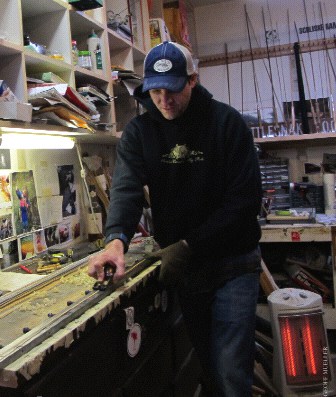 “When I got that rod back, it was all over,” Schliske says. “That was what really started me down the path.”

Holding Lacey’s masterpiece as a model, Schliske sourced out two more Grangers and a handful of Phillipsons. He practiced his wrapping, varnishing, and restoration skills, receiving beta from his mentor along the way. Lacey pushed his pupil to build a rod from scratch, and Schliske began acquiring the tools to get it done.

“The whole process was rewarding and I really liked it,” Schliske says, “but I wanted to know if I could build something that looked and felt better.”

Gaining momentum from one project to the next, Schliske pieced together several personal rods, in addition to ones for friends. By 2005, a business model had formed, as well as a website and growing customer list. Schliske quit his day job last March, and has been rod making full time ever since. Today, all tools and materials are housed under one roof, where blanks are constructed, guides wrapped, cork grips turned, and new tapers are constantly evolving. “I’ve used the classic tapers, too,” Schliske says. “But I like to make my own tweaks based on how I like to cast and fish. Some of the older tapers come close, but I prefer to work something from scratch.”

Bamboo, when done right, offers unparalleled sensitivity. It’s an organic connection, Schliske says, that cannot be replicated with graphite or fiberglass rods. And it’s what keeps him designing, building, and searching for that ultimate feel.

“My ideal rod is something that will cast drys really well,” he says, “but also cast streamers and nymphs. One rod that I can manipulate to do whatever I want it to.”

What does that perfect rod look like? From inside his Fort Collins workshop, Schliske points to a 7’9” 5-weight—a two-piece that, when mounted with a reel, has a precise balance point located at the front end of the cork. There’s also a new 8-weight with titanium trimmings that he plans to finish for pike and musky. And a classic two-hander he’s been dreaming up for an Atlantic salmon trip to Nova Scotia. There are also 20 custom rods in the works for a lineup of 2011 customers. Perfection, it seems for Schliske, knows few boundaries. 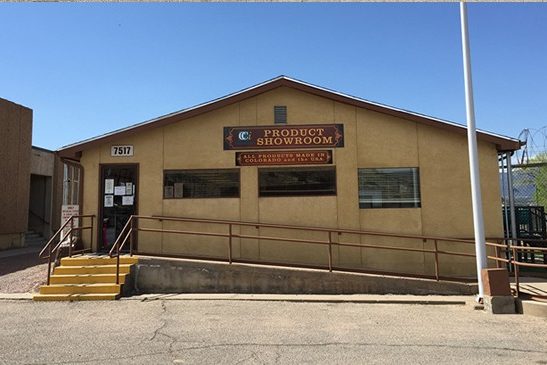 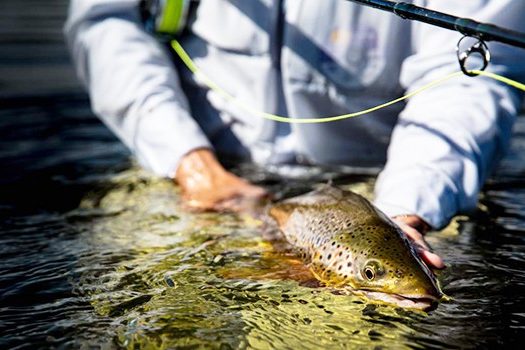 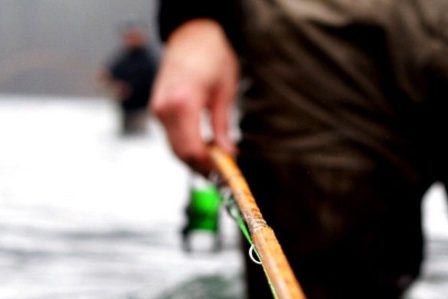