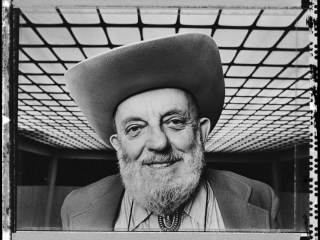 Sketch a line around the pristine and safeguard its natural integrity against human missteps and, in a nutshell, you have the foundational elements for wilderness. In 1964, Congress staked those perimeters with a Wilderness Act designed to preserve millions of acres in perpetuity.

From Montana’s Bob Marshall to Pennsylvania’s Allegheny, we can thank the act for allowing us to explore uncut forests and untamed rivers. Just don’t snap that selfie and sell it. At least not without forking over a wad to the man.

Last fall, First Amendment advocates blasted the U.S. Forest Service for its plan to charge up to $1,500 for commercial filming and photography permits in federally designated wilderness areas. “Good luck, come find me,” was the response of many in the business, including freelance photographer Tim Romano, who alongside groups like the Professional Outdoor Media Association (POMA) said the rules ignored essential press freedoms.

“By showing these places in a good light, we’re showing people what’s out there,” Romano says. “Even if I was to portray something the feds considered ‘not in a good light’ it’s still within my First Amendment rights. I’m legally allowed to take a photo anywhere in a public space and sell it for money, why would a national park be different?”

The service, on the other hand, argued that its proposal merely aligned with the Wilderness Act’s mandate to protect the sacred and holy from commercial profiteering and exploitation, and that these types of rules are nothing new.

But therein lies the problem. The laws of the wilds have become a little creaky.

Sure, the 1964 Wilderness Act has prohibited commercial enterprise in wilderness areas from the get-go. But our understanding of “commercial use” has evolved during the time between now and an era when The Beatles still had groupies. Today, everyone who pecks emoticons into iPhones or Samsung Galaxys, by default, packs a camera that shoots decent stills and video. Many manufacturers in the outdoors industry, including flyfishing companies, take advantage of that user-generated content to sell product. Therefore, defining “commercial use” has become an increasingly knotty prospect.

This much, however, is clear: “Nobody wants to see full-scale big budget commercial shoots at every national park location or scenic spot, it would be a free for all,” says freelance photographer Bryan Gregson, whose portfolio includes beyond-the-studio editorial and commercial work. “In this day and age when everyone’s second job is a weekend photographer, my vote is always for the common-sense approach.”

Sensible observers, too, might recognize uncommon cases between, say, shooting a casting sequence and the chaos of capturing a F150 throwdown deep inside the Hoh rainforest. And leave it to a Texas Republican and America’s preeminent outdoor photographer to make that posthumous point.

The unlikely marriage of outgoing Rep. Steve Stockman to a deceased wilderness defender came to fruition earlier this month, with the introduction of the Ansel Adams Act—a last-ditch bill with the lofty goal of protecting constitutional rights. Stockman, who was saying adios after a failed U.S. Senate run, left knowing his bill lacked teeth. But thanks to media professionals across the country rallying behind its message, the act that bears Ansel Adams’ name is gaining traction beyond the trash bin.

The legislation would prohibit photography permits or fees on federal lands. It also would enable federal agencies to obtain court orders to prevent photography in specific cases that might be deemed a threat to national security. “Future ‘Ansel Adams’,” the bill states, “must not have their paths blocked, regulated, and made more expensive with fees and fines, or be threatened with arrest and seizure of their equipment.”

“We’ve been muddling in the regulations and dealing with the administrative bureaucracy for a long time,” he says. “At this point we can just lay down and get run-over when it comes to freedom of the press for the media. Or, instead, we can support this kind of legislation because I’d hate to be ‘breaking the law’ if I’m on public land trying to take a simple picture.”