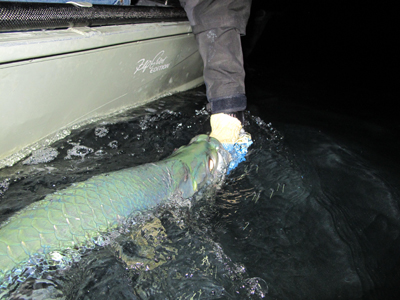 “Florida Keys Outfitters, this is Auggie.”

“Flew in last night, and wanted to stop by and shake hands. We have this Flyshop Friday thing…”

“Where are you staying?”

“You have plans tonight?”

“Want to fish under a bridge?”

“Under a bridge? In the dark?”

“I live in the house behind the hotel. The one with the canons out front. Meet me there at 9.”

“Canons? Cool. What about Sandy?

“I’ll tell him you called.” 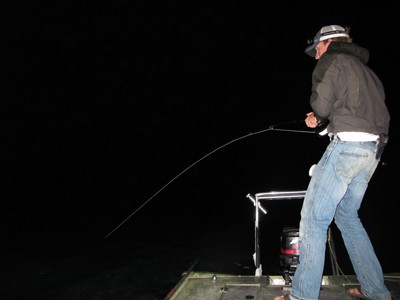 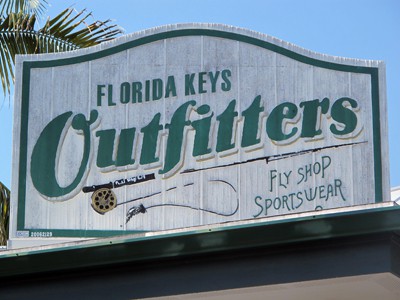 And so goes my introduction to Florida Keys Outfitters, an Islamorada institution, and a shop dude named Auggie Wasmund. Later that night I found the canons, we set out under starlight, and anchored Auggie’s tin Flip Pallot Edition next to concrete pylons on a ripping tide loaded with bait-crashing tarpon.

Four hours later, still in a stupor from my headlamp bridge mission, I drove my Toyota Yaris rental south through Marathon, en route to Big Pine and permit. I wouldn’t actually set foot in Florida Keys Outfitters until several later, on promises of one more tarpon day with Auggie and his girlfriend, Ashley. When I did finally swing through the doors, owner Sandy Moret was there to greet me, with a story. 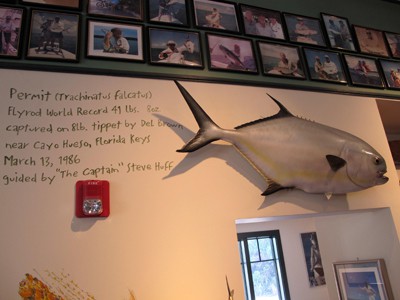 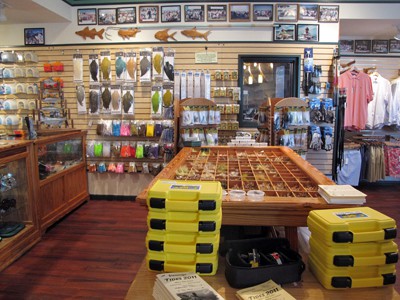 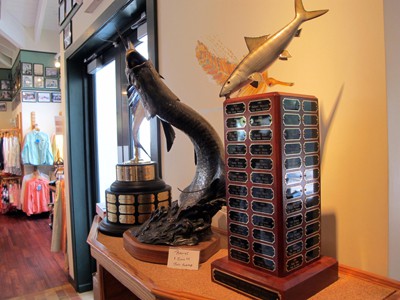 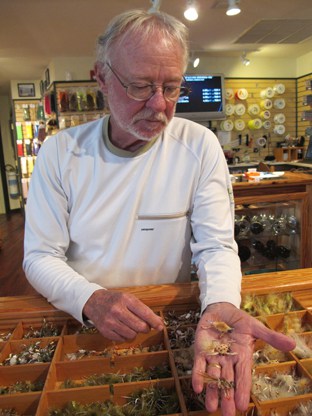 Moret was raised in Atlanta and moved to Miami in the early ’80s, where he and his brother ran a wholesale beer distribution business. In ’85 they closed its doors, and Moret switched his focus to “goofing off” in The Keys.

“We played hard for a couple years, but I eventually said to myself, ‘I need to do something else,’” Moret says. And after attending an Everglades flyfishing seminar with Flip Pallot, Lefty Kreh, Chico Fernandez, and Mark Sossin, he decided to import the ruckus to Islamorada. In February 1989, with names like Steve Rajeff, Stu Apt, and Steve Huff on board, The Florida Keys Flyfishing School was born.

As the school moved from infancy to mainstay, a shop concept also took root. Moret rented a 1,500 square foot space near the Lorelei Cabana Bar, fed it with reels from Bob Marriott’s and blanks from G.Loomis, and proceeded to grow the business. Today, Florida Keys Outfitters sits at mile marker 81.2, ocean-side on the Overseas Highway—where despite a recession, massive snook kill, and the aftershocks of BP’s oil mess, fishing and business remain buoyant.

“The Keys have been creamed by the recession, but business has picked up,” Moret says. “We saw good sales in 2010 until the Gulf disaster. As soon as the [crude oil] taps were shut off there, sales bumped again: rods and reels, expertise and rigging, and softgoods. Softgoods have been big—as big as everything else. We’re not just a flyshop, and can’t be in a destination like this.”

As for fishing, Islamaroda’s mega bones remain challenging, exhausting, and scant compared to heyday years. But 10-pound+ fish are boated every year, Moret says. And the tarpon fishing, even as early as February and March 2011, continues to be the ticket.

“This year’s tarpon fishery is looking great. There are laid-up fish everywhere and anglers are getting plenty of shots,” Moret says.

Translating shots into eats, however, ain’t always easy. And Moret stands by his school concept as a means to get more fishers into fish. He says: “I would say that many people waste a lot of their own time and money and don’t really understand it. To me, flyfishing is a sport. It has rules.

“We have off-days and on-days on the flats. I don’t know the answer, but that’s why I keep going. It’s not a video game, we’re out there in nature and we’ve picked the hardest game on the planet. And the most important piece of equipment is the cast. You must bring your cast to the game.”

For more information on good fishing in the Florida Keys, see floridakeysoutfitters.com