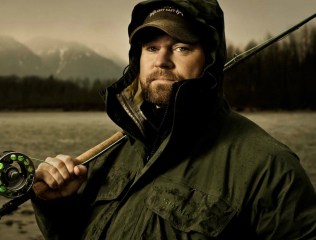 Deneki Outdoors—with lodges in Alaska, British Columbia, and the Bahamas—was sold this week to a Dallas, Texas-based family with ties in the destination flyfishing game that run two-decades deep. Despite the sale, there are no short-term plans to dissolve the successful brand started by former owner Andrew Bennett in 2004.

The trio of lodges on AK’s Kanektok River, B.C.’s Dean, and South Andros Island, Bahamas, were acquired by Amy and Dan Herrig, said Bennett via phone on Tuesday. The deal has been in the works since June.

“For our operations it’s pretty much no change at all, other than being part of a bigger, better organization,” Bennett said. “What we’ve found here is a good fit with a strong company—a good fit for our guides, as well as great roles for our team.”

Deneki general manager, Mike Sanders, will continue running operations, while Bennett has signed a one-year, open-ended contract to maintain marketing efforts for Deneki—in addition to lodges already under the Herrig’s portfolio. Those operations include the exclusive, fly-out Rapids Camp Lodge located on Bristol Bay’s Naknek River, a lodge in Chile, and an upstart in Baja.

Mrs. Herrig’s father, Jerry Shults, built Rapids Camp Lodge from scratch back in the early ’90s. It’s slated to celebrate its 20th anniversary next summer. The addition of Alaska West, said Amy Herrig, gives the company the ability to provide a full Alaskan flyfishing experience at two vastly different price points. Fishing at Alaska West, for instance, costs between $5,550 and $6,150, depending on the week. Rapids Camp can run anglers upwards of $10,000.

“The lodges are two completely different entities, which is great for us,” she said. “Alaska West offers a classic tent-camp experience with less frills and great fishing, while Rapids Camp will continue doing what it does best.

“[Deneki’s client list] was also very appealing. It builds on what we already have and we could see how we could cross-market it quickly.”

Bennett, beyond marketing duties and plans to branch out into consulting, said the sale means more time to get out and fish. He was also recently elected as an officer to the board of the American Fly Fishing Trade Association (AFFTA), which he said is “full speed ahead.”