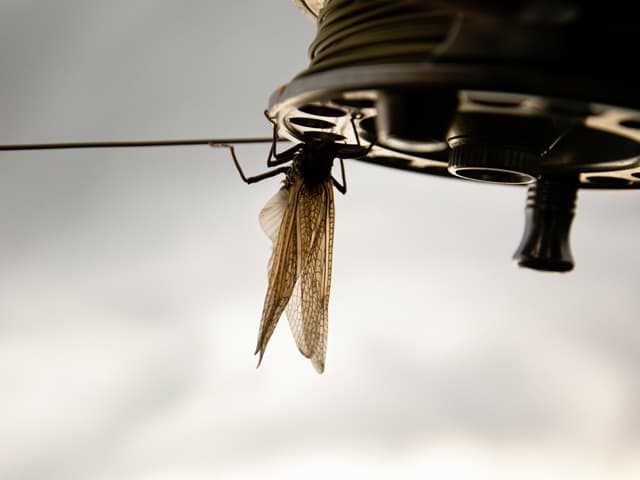 Thanks to an armed populous wielding image-capturing devices of all calibers the “outdoors photographer” has become a dime-a-million lately. But most of us have never inhaled the intoxicating chemical fumes of a stop bath, nor spent much time wrapping our brains around the nuances of f-stops and apertures… because, quite frankly, it’s hard to find a reason. The advent of digital has allowed us to click-click-click our way to awesomeness and delete-delete-delete the rest.

This vortex of images has also made reaching career photographer heights that much more of a daunting climb; forcing professional photogs to work harder, longer, more creatively… and often for less.

Sounds like hell right? Well, according to Drake contributor Bryan Gregson (see Spring 2013 cover and much, much more over the past couple years) it ain’t all bad. There’s been some great fishing, new friendships forged, and an escalating client list that proves that his journey, one spurred by a busted knee back in the day, was always worth taking the shot.

The Drake: Talk about your experience in the ski and snowboard industry and early influences in the SLC-area.

Bryan Gregson: Those were the days… [laughs]. Thinking about those times makes me feel old. Looking back I was extremely fortunate to work with some of the big names you see today. Everyone was young and hungry, loving it for what it was… pure fun. Camera equipment was all film back then. I was living with photographer Will Wissman at the time, after I blew my knee during a night shoot… I miscalculated the landing off a building in the dark.

After surgery, I started working for Will by default. It was an easy transition, we’d already been working together for a few years and I knew the routine and his style; scenic with action. I also rode a lot with Ash Christensen and, as luck would have it, found myself working with Ash and Absinthe Films, along with their top riders.

Ash’s brainchild backcountry cable camera was groundbreaking. It was absolutely crazy, I’m surprised nobody was killed or seriously injured. Justin Hostynek hit a tree going head first at full speed once. He had a safety line rigged on him, but the super 16mm camera was ripped apart on impact. At that age being surrounded by people who were doers, who had drive and who had an intense passion to follow a vision, was inspiring. The most important things I learned from all of them about capturing a moment on camera is hard work, sacrifice, and integrity.

The Drake: How did you get your break in the flyfishing industry?

BG: Brian O’Keefe [with Catch Magazine] gave me my first big break and, ironically enough, down the road it was his online vision that led to the largest commercial paycheck for me with Volvo. I guess you never really do anything for free, what comes around goes around, O’Keefe is the man. Tom Bie at The Drake has been, and still is, a tremendous supporter. Slowly other editors and manufactures gave me a shot. I didn’t set out to be a flyfishing photographer, it just kind of happened. I suppose when you really get down to it, the flyfishing industry is a big, but small family. For the most part everyone wants each other to succeed… or so I think and hope. 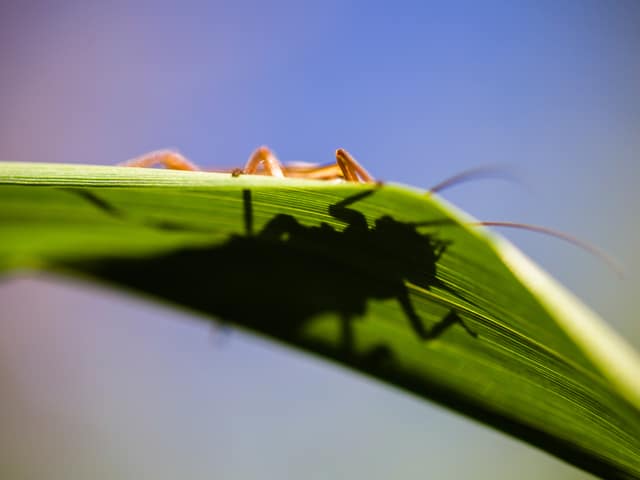 The Drake: What year did you leave Salt Lake, and where did you go?

BG: That’s a 10-part question [laughs]. I left SLC summers when I was 15-ish. I’ve lived all over… Utah, Hawaii, Cape Cod, Montana a few times, and Idaho once. At first I moved back to SLC from Hawaii only for the winter months. The spring and fall were spent flyfishing and summers I was commercial fishing off the East Coast. The fishing took a dive, I left the snow world and I found myself with time to once again explore my born state of Utah. Down the road the battle for public waters and public access started and when the state government closed over 400 public waters to recreational use, I needed to move if I wanted to continue to just fish and shoot.

At the time John Malovich put me in contact with the great folks at TroutHunter fly shop. The crew there basically saved my life. Rich [Paini] gave me a job doing media stuff, sometimes shop work, and I’ve guided a few days… although I retired from guiding after a 7 long days [laughs]. The training with camera and rod I received on the Henry’s Fork was humbling and truly invaluable. I love that river, the people on it, and the life it’s given to me. 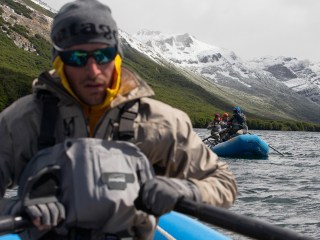 The Drake: You’ve been an integral player in the Utah Stream Access Coalition (USAC)—even since you’ve left the state. Where do you stand on the Utah public access debacle?

BG: Utah’s waters belong to the people, plain and simple. The Utah Supreme Court has reiterated it time and time again: the public has a right to recreate on and in these waters. My home waters are in Utah, and as the law stands right now I am a criminal if I fish the waters I grew up on. I stand firmly behind the mission of USAC, because they are fighting against a movement that is trying to privatize this public resource, and hand it over to a few wealthy landowners. What happens in Utah influences the rest of the country—South Dakota ran legislation last year that was a mirror image of what we’re fighting in Utah. People are watching to see what happens there, and that’s why it’s such an important fight to win.

What keeps this same bad legislation from coming to Montana or Idaho? That’s a scary thought. In the words of Bob Marley, it’s time to get up and stand up. 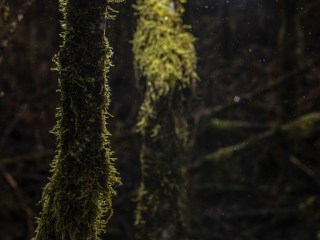 The Drake: You just moved from Island Park to Bozeman to take a job with Yellow Dog… how has the transition been?

BG: It’s been big move for me. I’m sad to leave the mighty [Henry’s] Fork and the incredible tribe there. It’s only a few hours away, so I’ll be spending many days back on that side of the continental divide. I’m also excited to be working with Yellow Dog. It’s a great team full of dynamic folks. Jim Klug has always been very supportive of my path over the years, and has been a huge help to me with the steam access issue..

I’m lucky to have a friend with a spare room and a bunk-bed. I’m currently living in what travelers have dubbed the “blue-room”. It’s full of gear bags, a computer, and I shoved the rest of my stuff into a shed. It works for now… don’t mind at all. I do mind all the stop lights and traffic. I grew accustom to living in a small rural town of 200 people I suppose. I’ll get use to it. 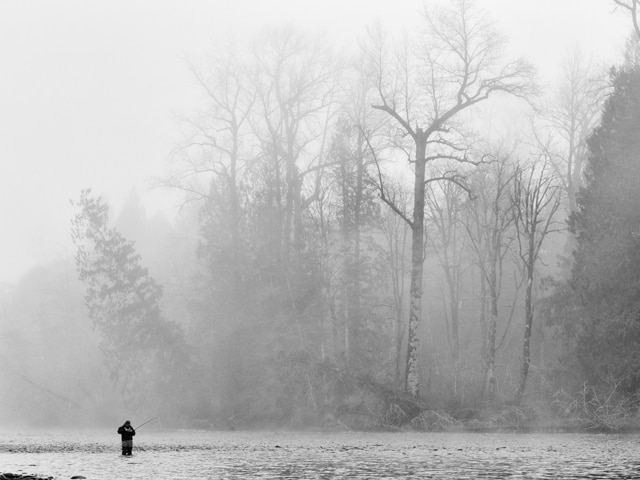 The Drake: Who are you shooting for today? And what are your inspirations on the water?

I have spent my entire life chasing inspirations around the globe, in one form or another. At one time my inspiration was to just push the adrenaline limits of water. I’ve almost drowned a few times and have been buried under snow. Nowadays, I find myself sitting on top of the mountain peak a little longer to admire the view, taking extra time getting into the lineup, and sitting on the shoulder to admire and touch the waves as they go by… and I’ve grown to love standing in the river without casting, especially in the early morning.