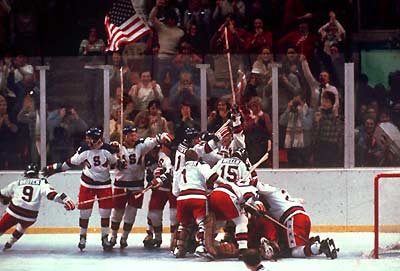 Back in 1980, Lake Placid played host to a little event called the Winter Olympics. A bunch of figure skaters and tobogganers showed up, as well as some dudes with hockey sticks and missing teeth. Naturally, no one paid too much attention to the figure skaters. (Tonya Harding was barely even born yet. And Will Ferrell’s Academy Award winning Blades of Glory was still 27 years off the radar screen.)

But the hockey—a Cold War fuelled inferno between the underdog Stars and Stripes, ranked seventh heading into round-robin action, and the top-ranking USSR—was a behemoth in the making.

In short, the two rivals clashed in an epic semi-final match that became known as the “Miracle on Ice,” when the U.S. team of supposed hacks and wannabes clinched the game 4-3 and went on to defeat Finland in the final for Olympic Gold. Ten years later, the Soviet Union collapsed and Kurt Russell beat out Ronald Regan for the starring role in Hollywood’s 2004 version of events, Miracle.

Today, Lake Placid is still a great place to come shoot pucks or spin pirouettes in figure skates and tights. But I prefer to go there and fish. And if you’re rolling through town anytime soon you’ll want to poke your head into Jones Outfitters flyshop for the latest beta on what’s hatching throughout a massive Adirondack State Park—a place capable of swallowing Yellowstone, Yosemite, Grand Canyon, Glacier, and Great Smoky Mountains National Parks… combined. 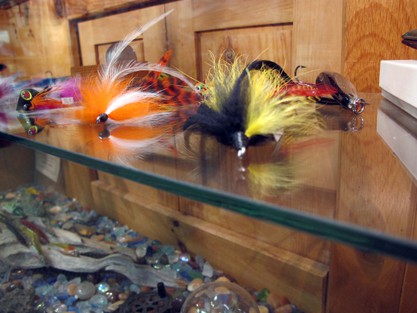 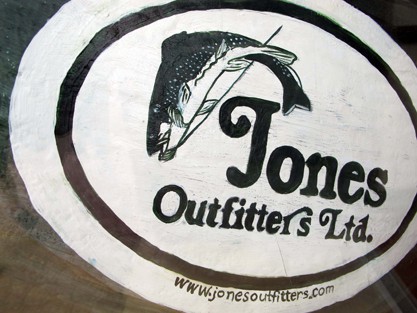 “This is our third location in that time and returns us back to where we started. Our Main St. locale gives us good foot traffic and being on the water allows us to fish and paddle right out our back door on Mirror Lake,” Williamson says.

In addition to Mirror, the historic West Branch of the Ausable River is about four miles from town. The less famous Saranac River is within striking distance. And myriad warmwater pike and smallmouth waters, as well as brookie ponds—both named and unnamed—scattershot an area that when viewed from a topo map seems to posses more wet than it does dry land to stand on.

Williamson says flyfishing attracts annual visitors to the Adirondacks, but there’s more to it.

“There are so many outdoor options here like hiking, biking, camping, and paddling. The paddling can take you to some productive brook trout fishing and fishing these ponds both early and late in the season can be religion to lots of folks,” Williamson says.

“Several areas have been designated canoe wilderness areas and the use of a motorized vehicle is prohibited. These are state lands and to fish them requires only a fishing license and the desire to head back in there. In the long Adirondack winters skiing takes over as a popular sport for many it is their favorite time of year others like me, ski by default. In the Lake Placid area the former Olympic venues also remain strong attractions.”

The idea of wilderness and New York may be an oxymoron to many with their sites set on city lights. But if you can make time to skip the hustle, pack your rod, detailed maps, maybe your stick and skates, and head north.

“It is surprising to hear so many say, ‘I didn’t know New York was so beautiful,’” Williamson says. “They’re right, it is. Spring, summer, and fall I can think of no place I’d rather be. Winter, however, is another story.”