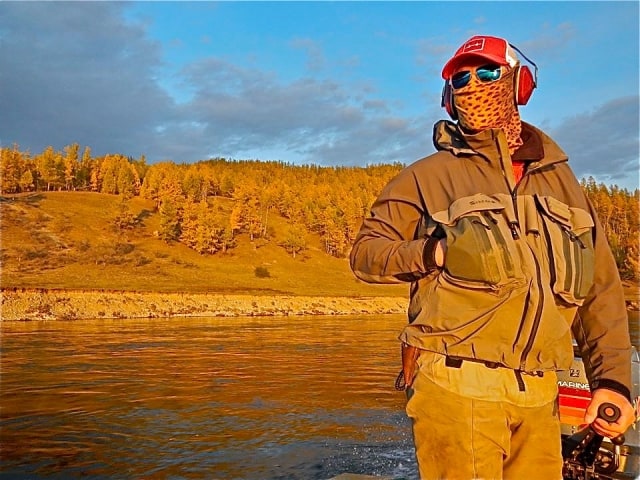 Flyfishing filmmaker Jako Lucas has been on a world tear since dropping Gangsters of the Flats on U.S. audiences in 2012. The bangers of those Seychelles flats were, of course, large and in charge giant trevally. With Aqua Hulk, last year’s Best New Film at The Drake Film Awards in Vegas, he went deeper into the exotic, wrestling a relatively unknown flats species called humphead parrotfish, aka bumpies. The fish was freaky and the fishing, again, was high-voltage.

Lucas, head guide with the team at FlyCastaway, was raised in Johannesburg, South Africa. His fishing passport includes the outer atolls of the Indian Ocean: Cosmoledo, Providence, Astove, Assumption, Farquhar, and St. Brandon’s. And as of late, he’s expanded that repertoire with Atlantic salmon in Norway and taimen in Mongolia. For 2014, he’s also been fine-tuning 320 The Movie, which will premier on this year’s F3T tour schedule.

We recently caught up with Lucas, where he detailed the making of 320, as well as the meaning of hier kom groot kak. Translation, the shit’s about to hit the fan. Read on.

Drake: Take us back to the beginning. What kind of fishing opportunities did you experience from a young age?

Jako Lucus: I was introduced to saltwater fishing at a very young age by my dad, who’s managed the South African Rock and Surf fishing team for six years now. Here we catch and release monster sharks and other fish form the beach. It’s pretty radical.

Growing up in JoBurg was cool, we have some great freshwater fishing on the Vaal River for smallmouth yellowfish. There’s an epic sight-fishery called Sterkfontein Dam. We also have a few good trout fisheries in Cape Town, Rhodes, and you can cross the border for amazing trout and yellow fishing in Lesotho.

Overall, the South African flyfishing scene is small compared to the U.S. But I have to say I have a lot of respect for South African guides. The one’s that have been around the block are just awesome, super hard-working and good at what they do. 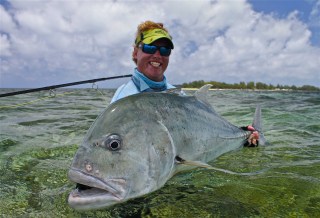 Drake: Walk us through your transition from University of Johannesburg student—studying marketing—to fulltime guiding. Seems like a leap, at least as far as two very different career paths, no?

JL: I remember the good old days as a student. We’d be on the river fishing and I would ask my mate, “What class are you supposed to be in?” And he would just say, “Economics.” We’d laugh and just keep on fishing hard. Hey… at the end of the day we got our degrees. I’ve been lucky to have a very supportive girlfriend and understanding parents. They know fishing is my life and that I really love guiding, and want to be ‘kick ass’ at it.

I just hate it when people ask me when I’m getting a real job or why I’m just fish for a living. I have huge respect for all the serious fulltime guides out there. Not too many people understand what it takes to be a great guide. I’ve always loved working with people, getting to know them, and helping anglers achieve something that they truly want out of fishing. So I think in that sense it was easy going from marketing to becoming a guide, and I suppose the huge passion for fishing helps.

Drake: Your guiding resume is exotic—big, colorful, and fierce. What is the ultimate flats species in your opinion, and why?

JL: That’s a super hard question considering all of them have their own unique personalities. Well… I think if you speak to any ‘Saffa’ [South African], or person who’s experienced the brute force of a GT, I would have to say the gangster of the flat… Mr. GT. I don’t know any other fish that hits the fly with the sheer power of a GT.

I also have huge respect for Indo Pacific permit, but as with all permit… well, let’s not get into it. 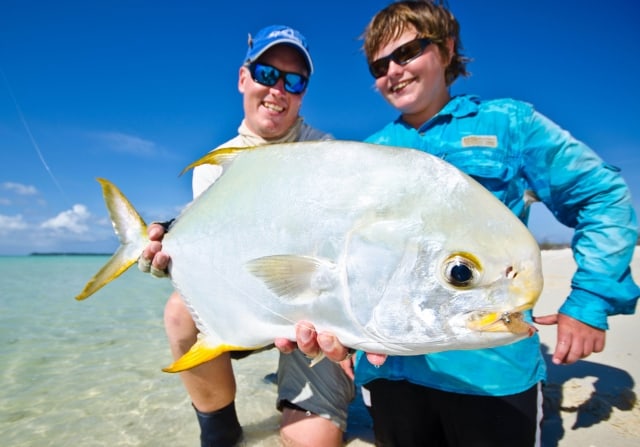 Drake: The greater flyfishing community has been getting to know your adrenaline-charged fishing through award-winning edits such as Gangsters and Aqua Hulk… and now 320. What inspired you to jump into flyfishing filmmaking?

I still have a lot of hard work ahead of me when it comes to the filming, cinematography, and editing. My stuff is raw and I often get too excited in the fishing moment, then I forget to film properly [laughs]. 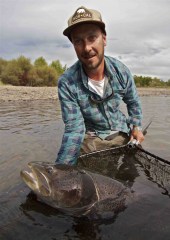 Drake: Your new film 320 is featured in this year’s F3T tour. Talk about the idea behind number, why 320 days? And at what point in that heavy season does the burnout factor begin to set in?

JL: I’ve been guiding for about nine years. During the last six years I’ve logged 270 days apiece. But after adding a couple of new destinations in 2012, I ended the year guiding 320 days. The movie is an in-depth look at what you can accomplish as a fishing guide if you put your head and heart into it.

The burnout factor is always a big one in guiding. To avoid it I try to fish completely different locations, back-to-back, to stay fresh. I really love a challenge, so I prefer new water and pushing myself to the max to make it happen with clients. 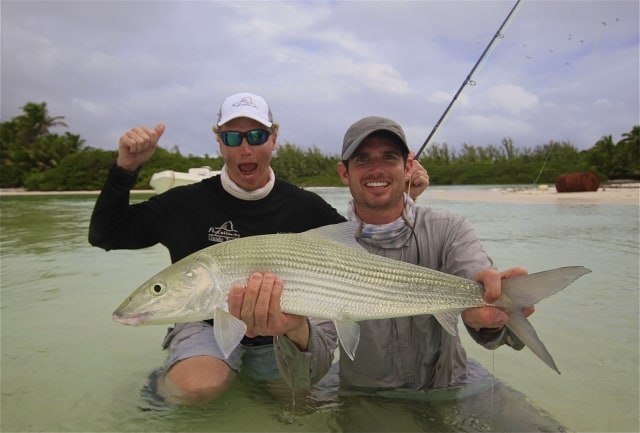 Drake: Yelling and aggressive fishing seems to be a common theme in your work. What are some of the choice South African words, terms, and phrases Americans should get to know… in order to help us translate the chaos?

JL: Shit… sorry I do swear a ton. I just can’t help myself. I just get too pumped. Let me hook you up with some words.

F%$# bus: This is both the same in English as in Afrikaans, but it means monster fish! Get your shit together!
Inside: Fish on.
Bliksem hom or Moer hom: Afrikaans for hit him. Set the damn hook!
Strip: I’m not asking you to take your clothes off… It means strip as if your life depends on it. And now go faster.
Hier kom groot kak: Shit’s about to hit the fan, so hold on.