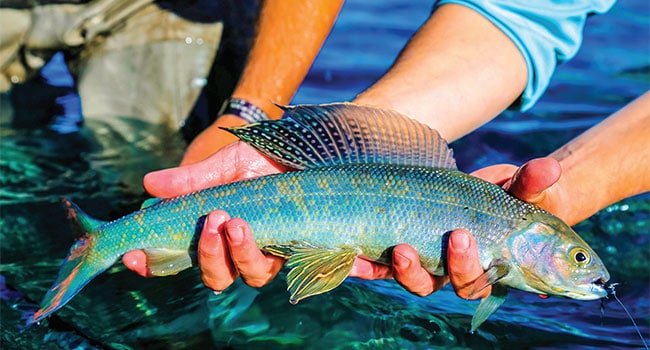 CHAD BROWN, the Navy veteran who spawned the Soul River Runs Deep brand, looks like he’s just fought the battle of his life. And it’s no surprise he’s beat. A glance at my watch shows 3 a.m. Alaska time and Brown, along with his squad of vet volunteers here to herd a posse of bedraggled inner-city teens, is currently erecting camp on the banks of the Eagle River, a few miles outside of Anchorage.

The schedule for the past nine days has been grueling: Arrive at a location, discuss the sorry state of the planet, offer solutions, spread out and fish, sleep briefly and deeply, decamp, and go. The goal: A cross-cultural science expedition engineered to expose youth and war veterans to climate change via a 64- mile float down the Ivishak River in the Arctic National Wildlife Refuge. That journey now complete, tomorrow kids and gear will be crammed into vans and shuttled south to the Kenai Peninsula, where the second leg of this marathon commences. 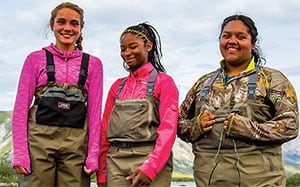 OUTSIDE IN THE ARCTIC — AKA, THE
ULTIMATE CLIMATE CHANGE CLASSROOM.

Chad Brown’s personal story is familiar. An Outside magazine profile from June 2015 recounts his PTSD struggles, details his rebirth as a steelhead-addicted gear designer, and highlights his calling to bring kids and vets together in order to tap the curative power of rivers. The limelight hasn’t hurt his cause. In November, during a speaking engagement at Patagonia’s Portland, Oregon, retail store, Brown packed the house with flannel-clad fly casters. After walking the audience through the Soul River phenomenon—an elaborate interlacing of his Portland-based brick-and-mortar shop and a nonprofit spinoff bent on creating opportunities for youth and vets—he concluded with a tongue slip. And oh by the way, he said, “We’re going to the Arctic.”

“When I did that, I didn’t really have a plan,” Brown tells me as we sit around flickering citronella candles, having relocated from the banks of the Eagle to a U.S. Fish and Wildlife Service (USFWS) outpost inside the Kenai National Wildlife Refuge. “I just had this idea. Soul River Inc.’s mission is about getting marginalized kids way off the grid—not just some walk in the park.”

The Arctic in this case may as well have been a stroll on Mars. But Brown had a couple of things working in his favor. For one, he’d already earned valuable experience running youth-veteran outings, including last year’s partnership with USFWS that brought 28 participants to the Kenai River. He would also lean on connections forged in D.C. and beyond, believing he could raise the needed cash and wrangle the right people to make his Arctic blurt a reality. 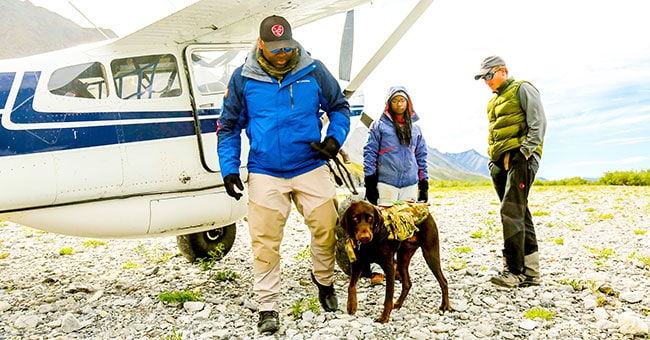 So he began mapping out a strategy. It would include enlisting a reliable support network for getting from Portland, Oregon, to nowhere Alaska, where they’d board bush planes en route to the Ivishak. A flyfishing component would be mandatory. There would need to be clear-cut educational elements to secure grants—in this case the in-your-face effects of climate change in the Arctic Refuge, which manages 19.64 million acres of public land in the northeastern corner of the state. And a seasoned guide would be key—someone more Richard Proenneke than Chris McCandless to lead Brown’s flotilla through an untrammeled expanse that sees only 1,200 people annually. A trickle compared to the gusher of 560,757 visitors that washed through Denali’s gates last year.

Barry Whitehill would be that guy. After speaking with Brown at Soul River HQ last winter, “I learned enough to know Chad hadn’t done an Arctic trip and was in need of a fairy godmother. I knew I could be that for him.” Whitehill, 64, grew up with a steelheading father. By the age of 12, he was navigating rivers like the Salmon and Grande Ronde, manning oars while dad marinated flies. As a young man he worked for the USFWS at refuges in Idaho, Nevada, and Washington. But Alaska beckoned. He said goodbye to the Lower 48 in 2008 and currently lives in Fairbanks, where he maintains ties to the land via his gig as an environmental specialist with FEMA, and where he continues to row hundreds to thousands of miles annually inside and outside the Arctic Refuge.

During the last eight years Whitehill has witnessed a gearshifting landscape in northern Alaska. “The Arctic,” he says, “with the melting of permafrost layers, and a historically stunted tundra now alive with new growth, offers a great lens to see climate change.” Due to its Wi-Fi nullifying coordinates and dearth of Pokemon sightings, it’s also a good place to impress lessons on kids. 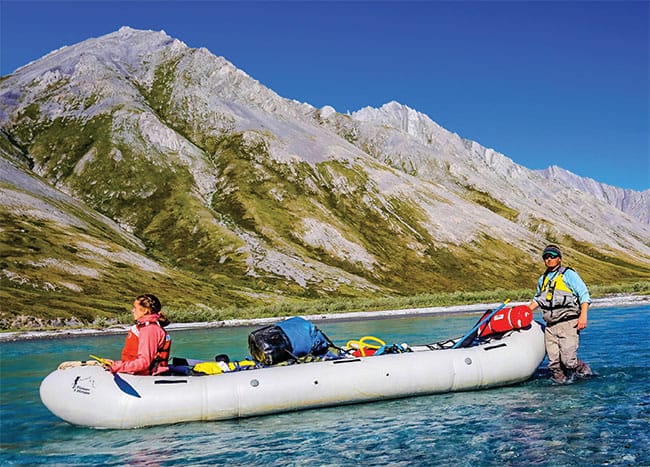 “THAT BAG OF JERKY’S IN HERE SOMEWHERE.”

The contrast between big city hustle and great wide outside was infectiously entertaining for 16-year-old Tyrell Hall. Sporting a flattop fade and a healthy dose of hip-hop swagger, Hall was one of the five youth leaders who made the Arctic voyage. In addition to watching the braided Ivishak unfold before him, the various birds soaring through the peripheries blew him away. Hall and his inner-city peers, most with interests in science, and all struggling with various adolescent ills ranging from self-doubt to broken homes, was tasked with keeping a detailed journal. Scrawled across the pages were highlights of both his budding interest in ornithology (birds), and his plans to introduce a “natural revolution” curriculum at his high school in Vancouver, Washington. “I want to get out there and be an activist for nature,” he says.

Witnessing that kind of personal growth is a mission accomplished as far as Brown is concerned. And finding the will to strike a path forward is something shared by both the youth brigade and the vets. “When I see kids excel, when I see them smile while hooking their first fish, the dark moments I have become lighter,” Brown says. For someone still shadowboxing PTSD demons following two Gulf War deployments and time spent toting an M16 on the sketchy streets of Mogadishu, Somalia, the Arctic undertaking has been a medicinal experience.

Purple Heart recipient and Soul River volunteer Mat Dahl agrees. The 26-year-old was deployed to Kandahar during the summer of 2010 and stepped in the worst kind of shit imaginable while sweeping a narrow alleyway inside a small farming village. The improvised explosive device (IED) Dahl detonated cratered the ground and bucked the soldier into the stratosphere. He suffered a traumatic brain injury from the blast and upon returning home spent six numb months walled inside his apartment. Dahl credits Brown and Soul River for him being here with us today.

“On this trip there were times when I had doubts. Moments when I just wanted to fade into the background,” Dahl says. “But in the end, I look back at the kids and can see the impacts we’ve made. It’s helping me find my true self again.” 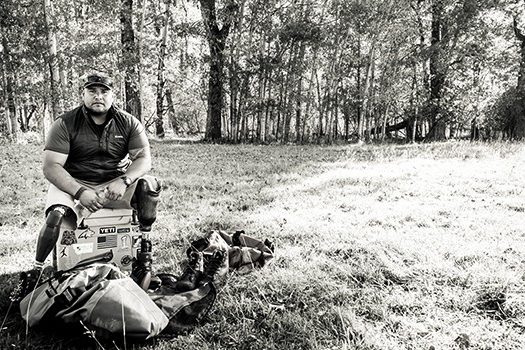 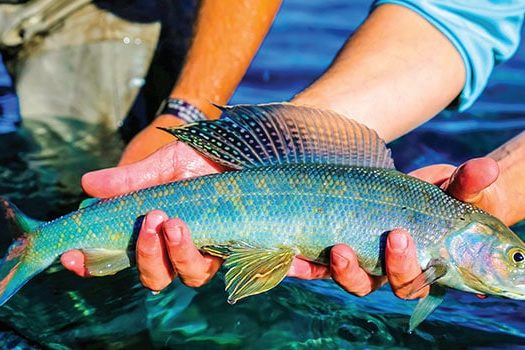 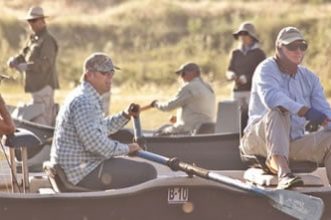 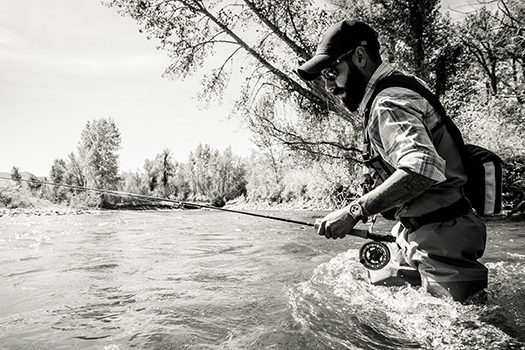