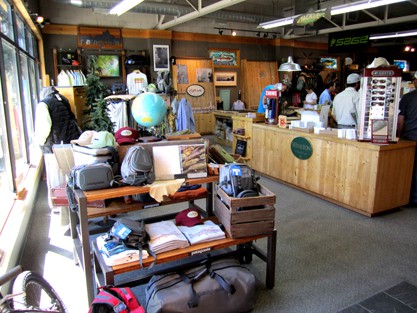 A concept for the future—SLC, UT

Try this on for size. Close your eyes and imagine a flyshop more interested in amplifying experience than sticking you with spools of $14 tippet, dozens of hyperanatomical flavor-of-the-day flies, and pearl strands of pink thingamabobbers. Imagine that this same flyshop has invested in this “experience giving” commodity for 25 consecutive years, pushing things like fisheries preservation over bottom line. Now picture its founders weighing the notion of wildfire growth—in an industry hell bent on driving it to the brink—with a healthy dose of skepticism.

I first met Steve Schmidt, owner of Western Rivers, during another time, on assignment for another fishing magazine. The gig brought my brother and I to Salt Lake City, navigating a thick February snowstorm at midnight. Over the course of a wintry week, we scarfed pow days at Brighton, Solitude, and Snowbird and when we trudged down canyon to the Provo, air temps climbed and the skies turned from white flakes to grey midges. On the banks of the river, Schmidt didn’t fish much. He watched browns slurp bugs for hours on end. He may have made a half-dozen casts, sticking a handful of trout. I kept catching him gazing off into somewhere else. Catching fish is one thing but for Schmidt, it quickly became evident, it’s only a small part of a much bigger picture for this flyfishing soul-searcher.

Schmidt put pen to paper creating Western Rivers Flyfisher in October of 1986, alongside partners Emmett Heath and Dave Lattimore. They sold their first products in a shop sans fixtures, and minus the register they’d eventually need to handle transactions. The doors officially opened about a year later, when Schmidt received a clunker computer as a gift from his parents, “which we built and ran the store from.”

During that time, Heath (aka the “Dean of the Green”) was one of Schmidt’s mentors. Together they embarked on extended work missions exploring Utah gems such as the Weber, Provo, and Green rivers.

“We had a lot of fun in those early days. Not that we still don’t have fun, but a lot’s changed since then,” Schmidt says. “Anyone who has been at this for a while knows that times aren’t what they use to be. So I feel incredibly fortunate to still have Emmett as part of our team, and to still have Western Rivers after 25 years as my home away from home.”

Having been involved in this industry at myriad levels, Schmidt’s philosophy of what the sport should be, and how to effectively advocate it, is what makes Western Rivers remarkable. As an industry, and in the name of capitalism, Schmidt feels flyfishing continues to suffer. “We put numbers on fish, sold them down the road, and in many respects stripped flyfishing of what made it special,” he says. “It’s the reason we aren’t seeing any growth. The [lack of] growth thing in my mind isn’t all bad since we don’t really have a lot a room to put more bodies on our waters. But it’s ironic that the image the industry portrays isn’t what it sells.” 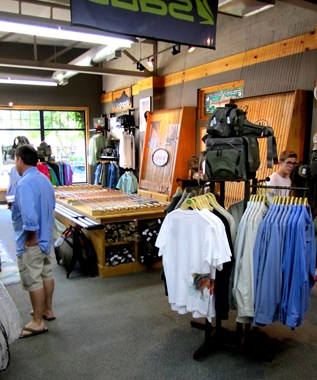 As for the notion of selling experience over commodities, Western Rivers has made its name by heavily investing in community—whether it’s with local clubs and non-profits, or being at the forefront of environmental and conservation issues that impact resources in Utah and beyond. The return can be measured in customer loyalty.

“I’ve always felt that you build a sustainable business one customer at a time,” Schmidt says. “My philosophy hasn’t changed. For a small business, that’s an important concept. Again, I’m at odds with an industry that puts incredible resources into growing our sport with no regard for those that are already in it or the impact that growth will have on our resources. Our customers appreciate that to a fault.” 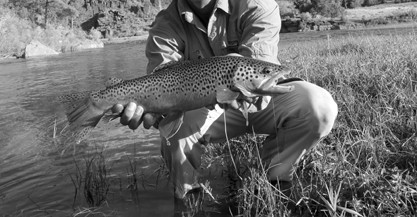 Long before the Green River attracted the attention of the world in the late ’80s and early ’90s, the Provo and Weber rivers were consider two of the West’s best fisheries. They’re still pretty damn good. The Provo was likely the most well known, Schmidt says. Back in the ’40s it produced some of the country’s largest trout—fish pushing 20 pounds. “The Weber has probably changed the most over the years and is now a shadow of itself—drought, very poor land practice, and dredging have led to its gradual demise,” Schmidt adds. “But lately it’s been making a comeback. Given the access issues we’re having, it’s been nice to have it as an additional resource.”

Two years ago the Utah legislature came back after having their asses handed to them regarding a Supreme Court decisions that gave public access to all moving water. Subsequently the “bad guys” birthed the rights-stripping bill called HB 141. In reaction, the Utah Stream Access Coalition was formed and has since filed several lawsuits challenging the bill. Schmidt and Western Rivers have been onboard since the beginning. The “good guys” recently won the first round. The results of the lawsuits will ultimately end up in the Utah Supreme Court, regardless of who wins.

Back in the shop, that do right ethos permeates throughout—all the way down to the companies represented on its shelves. Several Western Rivers’ brands support 1% for the Planet. And the shop and its staff tend to stock companies that have an environmental conscious and who make products in America. The list goes something like this: Abel, Lamson, Tibor, Nautilus, Sage, Winston, Scott, St. Croix, Sweetgrass Rods, Mountain Khakis, Patagonia, Simms, ExOfficio, RIO, SA, Fishpond, Smith, Kaenon, Costa, and more. In the fridge, you’ll find beer.

“I have two kids that live outside of Utah, in Colorado and Montana, so I’m always stocked with good ones,” Schmidt says. “They aren’t allowed to come home unless they bring beer. That said, we have some good breweries in Salt Lake: Epic, The Pub, and Redrocks in particular. These guys also like to fish, so when we run out of PBR, a shop staple, we always have some microbrews around. Want to get an in at the fly shop, a few cold ones will get you there.”

Finding an in at a flyshop should be as simple as sourcing some solid beers, and that’s part of how Western Rivers has struck a winning balance between good times and fostering a healthy respect for the resource. If you dream of a flyshop concerned with our future, the future of fish in publicly accessible rivers, and one that’s consistently questioning the prevalent attitude that permeates flyfishing, Western Rivers is a reality.

“I truly enjoy what I do. I love our sport, and move forward with a great awareness that we have and always have had an impact on the experience anglers have when enjoying our past time. I don’t ever want to loose sight of that,” Schmidt says.