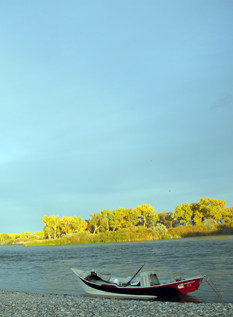 Located in a rugged side-pocket of eastern Montana, little Fort Smith is a big flyfishing destination. There are few roads and plenty of river; more browns and rainbows per river mile than humans per square mile; and limited amenities exist other than fly shops, outfitters, and a few fishing resorts. Life is good, if you live to fish.

At the epicenter of this big empty sits the Bighorn Trout Shop, where longtime friends and business partners Steve Hilbers and Hale Harris have been in operation since 1985.

“My mother and grandmother taught elementary school at Wyola, Montana, here on the reservation,” Harris says. “My father worked for a local ranch, and we lived on the banks of the Little Bighorn River. In junior high, my family moved to Camp Verde, Arizona. Steve’s also from Arizona, and we went to school together, became good friends, and did a lot of hunting and fishing.”

Hilbers and Harris followed that fishing passion to West Yellowstone, where as 20-somethings they guided for Craig Mathews at Blue Ribbon Flies. At the time, a property they’d been eyeing came up for sale in an area rife with controversy and brimming with trout.

“There was a court battle involving the State of Montana and the Crow Tribe concerning who had jurisdiction over the [Bighorn] river,” Harris says.

“The Supreme Court eventually found in favor of the State of Montana. But on the day the river was reopened, Highway 313 was blockaded, and for months shots were fired on the river. There was even a t-shirt you could pick up in Billings with a drawing of Native Americans silhouetted on the hillside. The caption read, ‘I floated the Bighorn and survived.’”

Despite the watch your back implications, Harris and Hilbers pooled their guiding resources and gambled on the potential of the Bighorn fishery.

“Steve and I got a lot of those ‘Where’s your Dad?’ looks when we started,” Harris says. “We sort of learned along the way and made our share of mistakes, but the phenomenon that was—and is—the Bighorn River always bailed us out. 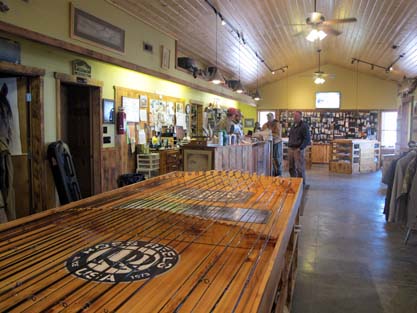 Working for Mathews provided a solid base of flyfishing business acumen, as well. “He was always friendly, helpful, and informative when he interacted with customers, and people went away feeling like he truly wanted them to be successful,” Harris says. “As simple as that concept is, we’re amazed how many business owners fail to go the extra mile in assisting people, and it has a negative effect on their bottom line.”

Today, the bottom line for this destination shop is a top-tier guide service—10 full-timers and overflow staff at the ready during high season—focused on delivering high-quality fishing experiences.

“The river is a lot like a flyfishing theme park, considering the amazing numbers of fish… and the angling pressure,” Harris says. “It’s a superfishery in the sense that it generally has something for everyone. Novices can catch fish on nymphs. There are usually selective trout available to the dry fly fishers. And if you want to escape the crowds and have a shot at some trophy fish, float the lower sections of river. So the Bighorn experience depends on what people are looking for, but it usually satisfies all.” 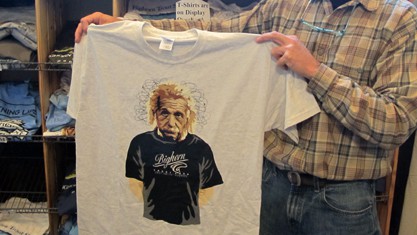 With a high repeat clientele rate, flyfishers return to the Trout Shop often to scratch their Bighorn River itches. The savvy ones bring beer—alcohol can’t be purchased on the Crow Indian Reservation—and fish right through winter.

“Winter in Fort Smith is not for everyone, but we’re in the banana belt of Montana. It’s kind of like saying, ‘That’s the tallest midget I’ve ever met,’ but you’d be surprised how many days you can fish. Our elevation is less than 3,300 feet, and if you take advantage of the nicer days, it definitely mitigates cabin fever.”