The Sound of Cicadas 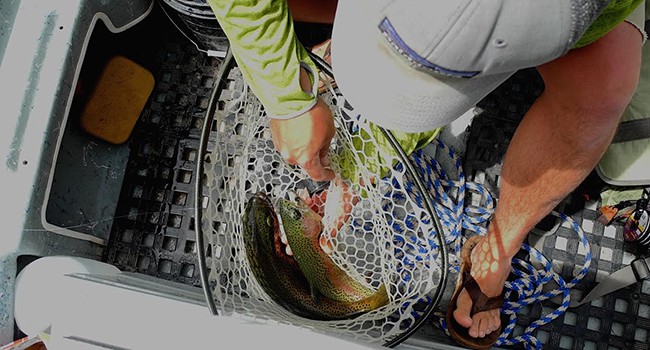 In the pines above a slumbering Dutch John they clicked and we listened. Clicking, like a foreign tongue only a small group of unwashed anglers might decipher. Below the concrete wall holding Flaming Gorge Reservoir, that same clicking joined the riffing of the Green River. They clicked. The trout tuned in.

Cicadas are the Green’s loudest hatch. Like a horny songbird, they have something to say. Inept fliers, they’re also susceptible to wind that knocks them on their asses and into the drink. This phenomenon—which happens every four years on specific rivers, more years in-between on others—can lead to fishing of a bizarre, storybook nature. The large, black-bodied bugs prompt better than average trout to do stupider than normal stuff. Tie rope-like tippet to your quadruple-stacked foam fly if you want. And don’t be shy to twitch, pop, and slap it every so often. Why? Because clicking in the trees unleashes inhibitions. And it was that loose behavior that lured us to the Green.

Utah’s state bird isn’t remarkable like a falcon or an imported ostrich. It’s not even anything like a standard screech owl, swallow, or hawk. No, Utah’s uber-fowl is the unlikely seagull. The same ones that chomp cigarette butts and shit on heads from Alaska seawalls to the Jersey Shore. I know this because Dutch John-based guide Matt Lucas once told me about an apocalyptic cricket infestation that threatened to wipe out some starving Mormons. It was looking pretty dire for the latter day acolytes until the crusty scavengers swooped in, took a bite out of the terrestrial insects, and saved the day. 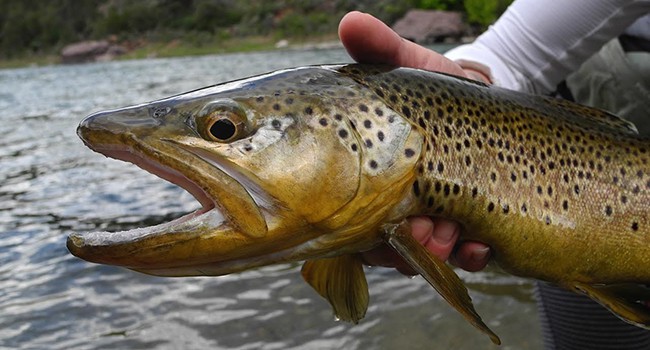 Lucas, with spinach-can forearms and the beard of Thor, is full of intriguing tidbits about The Seagull State—everything from its geology and pre-history to cultural lore. But when it comes to his knowledge of hatches on the Green, he turns encyclopedic. So when Lucas said chance of cicadas, no gulls in the forecast, we took our cue. And with bags packed and drift boats loaded for a multi-night mission, we were happy we did—finding cicada gobblers and saying thanks to netted trout all through A Section on day one. 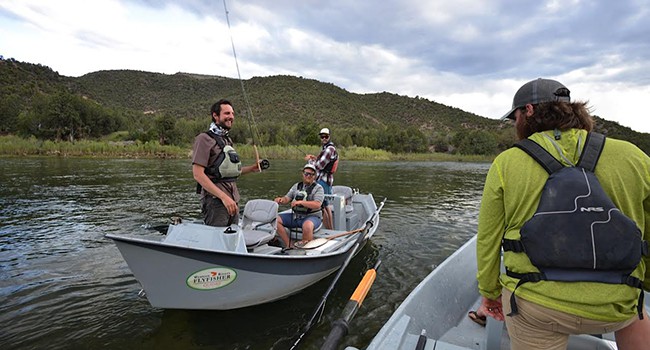 At Little Hole, where Emmett “Dean of the Green” Heath used to camp as a kid before it became asphalt, the A Section ends and B begins. 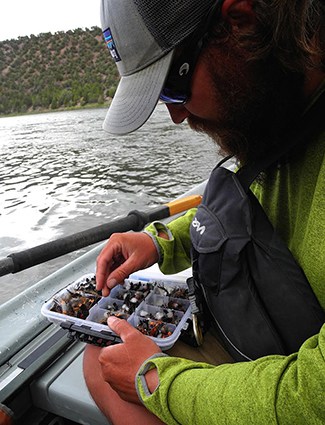 Beyond that, a riverside dirt-camp awaited us a couple of more miles downstream. We fished late, parked boats at our makeshift marina and lit a fire in the sand where the beers, whisky, and stories flowed. As the sun disintegrated, the browns audibly slurped. Mouse patterns wriggled out from fly boxes sometime after midnight. Some of us fished by Bushmills-enhanced feel in the pitch black, while the rest retreated to tents.

And this is why overnight float trips are a summertime staple: Schedules are lax. Fishing days are long. Whatever mystery enchiladas the Dutch-oven reveals taste better when shared with friends. And with several uninterrupted days on the water, the experience is all about full emersion.

In down bags under stars, sleep comes hard and fast. When morning arrived we listened for what lied ahead. The creatures of gorge country stirring. The white noise of river hydraulics. And the telltale click, click, clicking of cicadas leaving their subterranean dens and making trout act crazy. Fishing never sounded better. 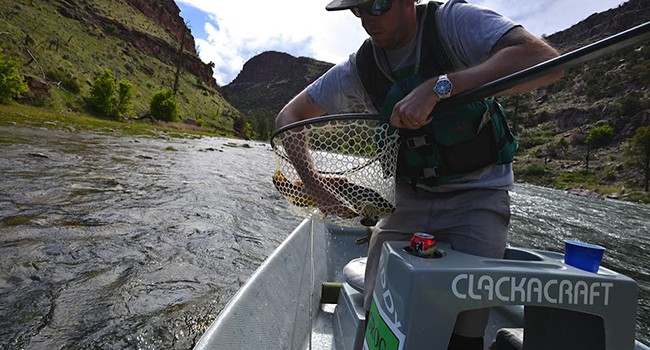 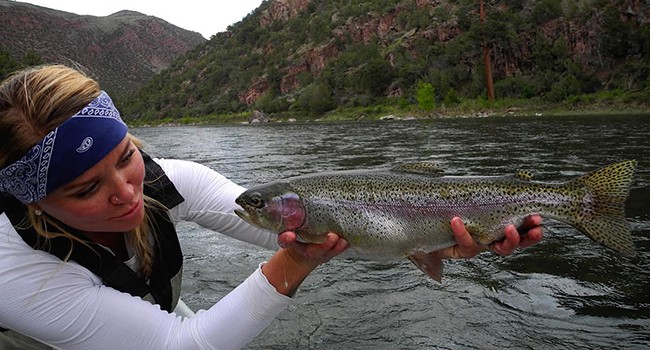 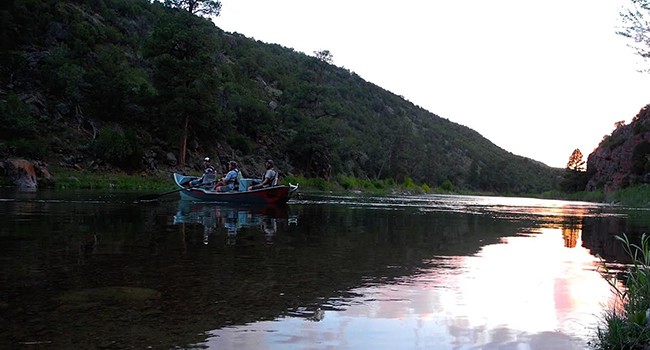