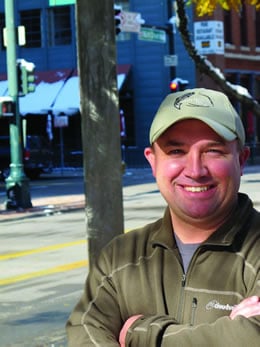 Severed by North Dakota, the Saskatchewan plains, Alberta tar-sands, and British Columbia’s snow-covered Coast Mountains, Gaylord, Minnesota, is far removed from a proposed large-scale Alaskan mining operation and the toll it would take on anadromous fish runs. But it’s in Gaylord that Sportsman’s Alliance of Alaska Director Scott Hed had lived a quintessential Midwestern life—playing football and baseball, hunting, fishing, and anxiously awaiting annual pilgrimages to the Boundary Waters Canoe Area—before he started down a path to spearheading the 49th state’s highest-profile environmental standoff in recent memory.

Hed attended Minnesota’s St. Olaf College, where the aspiring economics and accounting major crunched, chewed, and digested meaty numbers and the intricacies of gain, loss, and risk. Money, it was clear to Hed, made the world spin. And while Oliver Stone’s Wall Street was hitting paydirt in the late ’80s, an aspiring Bud Fox was born.

“When Wall Street came out I was going to school, getting my degree in economics, and I’m thinking, ‘this is sweet, this is what I want to do,’” Hed says. After graduation, he landed in Marshall, Minnesota, working in the finance industry. It wasn’t quite fast cars and fast women, but it was a respectable living that allowed Hed to taste the nine-to-five grind. When his branch expanded to Sioux Falls, South Dakota, Hed followed. It was a busy few years of work and relocation, ascending the corporate escalator, and dreaming of someplace else: Alaska.

Fantasizing about The Last Frontier is a popular office antidote for desk-bound outdoorsmen the world over. But with Hed, it sparked his imagination. Next to work and family life, Alaska became Hed’s top distraction. He acquainted himself with the state as a wide-eyed tourist, exploring Denali and the Kenai Peninsula, returning again and again.

“I’d always been good at what I did, and I got paid well to do it,” Hed says. “But I wasn’t able to get up in the morning, look in the mirror, and say, ‘I really have a passion for, and care about, what I’m going to do at work today.’”

Hed’s next move came when his Sioux Falls office went bust and handed him a serendipitous 10-month severance package. As Bud Fox states, “Life all comes down to a few moments. This is one of them.” 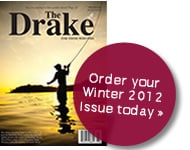 Hed took the cue and headed north to the coast of the Arctic Ocean for a month-long raft trip under a midnight sun. A timely and fortuitous soul cleanse, the trip also opened a door when, upon returning home that summer, a message on the answering machine awaited. It was the Alaska Coalition, with an opportunity to travel to Washington, D.C. and speak on behalf of Alaska as a citizen lobbyist.

“It sounded extremely daunting,” Hed says. But he was sold on the message; so much so that one month later he donned a suit and tie, marched up the stairs on Capitol Hill, and let the words pour. D.C. led to more public presentations, touring the upper Midwest for the Coalition, and defending the Arctic National Wildlife Refuge from oil drilling and development.

Hed spoke to whomever had an open ear: church groups, bird gazers, garden hosers, and hunting and fishing advocates from all walks of life. He shined in his new capacity, receiving an expanded territory and a full-time paycheck. Life was good and the gig was rewarding—even easy, considering Alaska’s broad appeal. But black clouds were brewing, with whispers of something massive on the horizon: “This thing called Pebble Mine in Bristol Bay,” Hed says.

The year was 2006, well before the word “Pebble” had become emblematic of a cancer so big it could devour two of the most prolific sockeye-bearing rivers in the world: the Kvichak and Nushagak. Located at the headwaters of Bristol Bay, Pebble would be the largest gold and copper mine ever built in North America—a gaping open pit, miles wide and several thousand feet deep. If developed, resulting toxins could threaten not only the area’s salmon runs, but also the health of an entire ecosystem. Six years after Hed began tunneling for answers to life’s proverbial questions, he found his calling in the form of a ticking ecological time bomb.

In October, Hed was at the Jet Hotel in Denver’s trendy LoDo district—a hipster receptacle with a full-service bar in the lobby and heavily promoting a Playboy-sponsored “Fantasy Hotel Party”. Dressed in a Save Bristol Bay ball cap, muted fleece, and jeans, he was quick to explain he was there for the fight, not the party.

The Save Bristol Bay Road Show had just closed curtains in Seattle, Portland, Corvallis, San Francisco, and Santa Fe. After Denver, the grassroots outreach and advocacy effort would hold one last private event in New York City, but the drain of a multi-city slog was not evident in Hed’s demeanor. Upbeat, gregarious, and less slickster D.C. lobbyist than one might expect, the cautiously optimistic Midwesterner says we are now entering decision-making time in the Pebble Mine slugfest. In February 2011, the EPA announced the beginning of its watershed assessment for the region, investigating ecological, cultural, and economic values related to the Kvichak and Nushagak and the potential risks brought forth by large-scale mineral development there. Essentially, if a project like Pebble is deemed detrimental to A) municipal water supplies, B) fisheries, C) wildlife, or D) recreational interests, the EPA under the Clean Water Act holds the power to tank it.

The good news, according to the anti-mine movement, is that the EPA’s decision, slated for fall 2012, is a relative no-brainer.

“In the case of Bristol Bay,” Hed says, “It’s easy to argue that all four criteria would be adversely impacted by Pebble, or any large-scale mineral developments.” (There are currently 1,000 square miles of claims in the region, in addition to Pebble’s.)

But the reality is that the EPA taking that level of action under the Clean Water Act would be unprecedented, and would undoubtedly lead to lawsuits from deep-pocketed developers as well as the heavily pro-development State of Alaska.<?p>

Ultimately, Pebble Mine might go down as one of the greatest fisheries conservation victories of our time, thanks in large part to people like Hed. Or, as the scrappy Midwestern economics major put it: “If the world’s largest wild salmon fishery and one of the planet’s top sportfishing and hunting destinations could be lost to something like Pebble, then everything is on the table.” 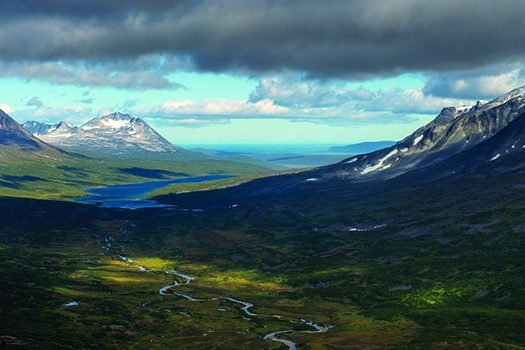 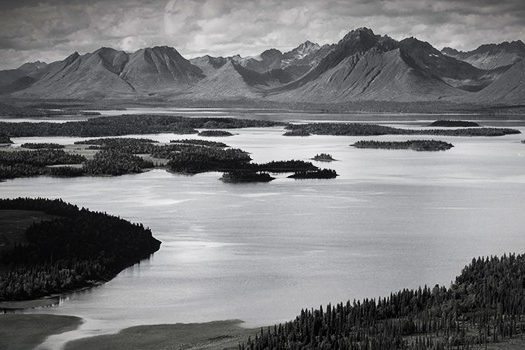