Earlier this month a group of Fort Collins, Colorado-based flyfishers fused the ancient arts of beer drinking and hackle stacking for the first in a series of “Iron Fly” events.

Loosely based on the Iron Chef TV show—but with more drinking and lots of yelling—contestants are presented with mystery ingredients from which they craft flies to be scrutinized and judged after the… er… drinking and yelling. 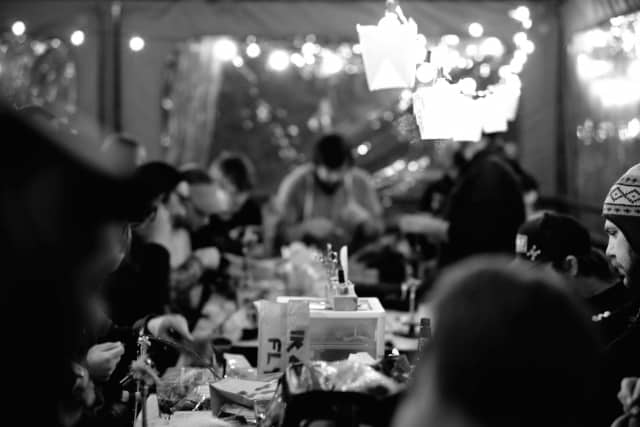 Jay Johnson, who co-founded Pig Farm Ink alongside Matt Schliske, Mark Brown, and others, says the two Fort Collins nights have been a catalyst for good times with friends, as well as introducing new people to the sport—planting the seed for an Iron Fly movement that’s set to go nationwide.

“At least a third of the people we’re seeing just want to learn more about flyfishing, and several are tying their first flies ever,” Johnson says. “Ten other cities start Pig Farm Iron Fly tying nights next month, with more e-mails and messages coming in everyday.” 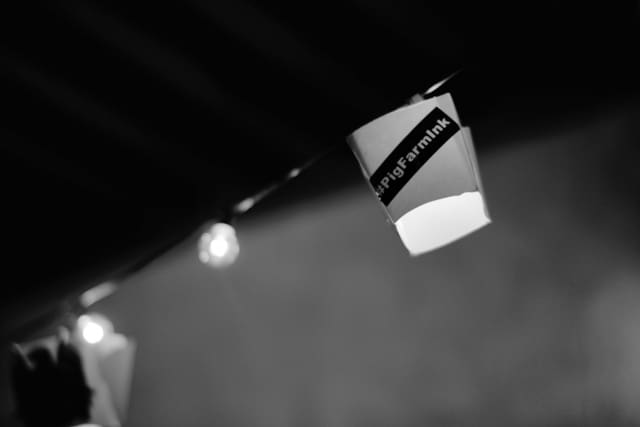