“CLYDE IS PARKED on 2nd floor, row E, space 14, in the garage for American Airlines, right next to an emergency phone. He is gassed and ready to go, but keep in mind he is 40 years old, with almost 100k miles, and a lot of quirks. You need to take it easy at first. For example, a LOT of play in the steering.”

This all seemed manageable enough, but when I arrived at SeaTac International and found Clyde, I realized I was missing a vital ingredient: the keys. The doors were locked, so I re-read Tom’s email, thinking maybe I’d missed this crucial detail. I hadn’t. I couldn’t see the keys inside. I called Tom’s phone but got a message that he was “floating a remote river” in NE Oregon, and would be unreachable for another three days. I wondered if this was all part of a calculated plan. 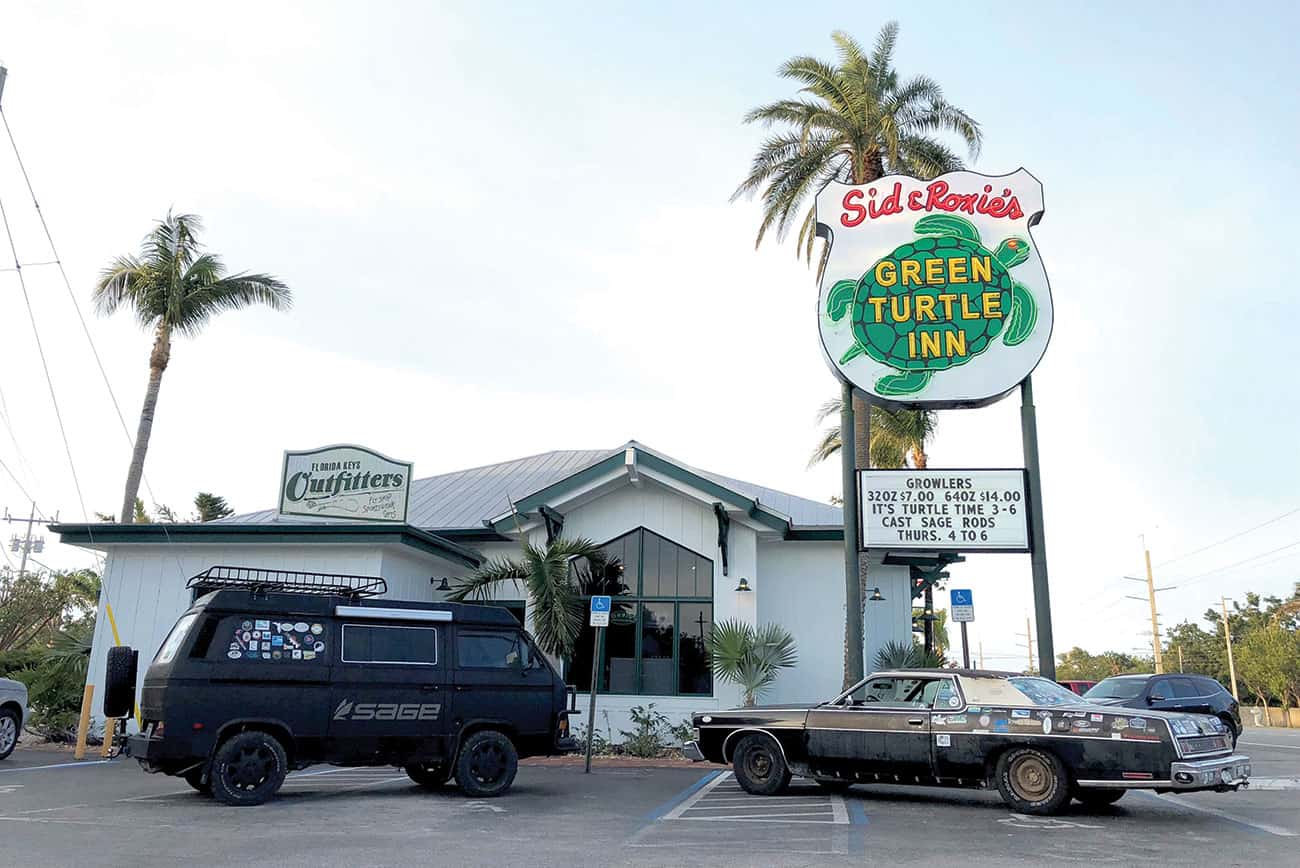 I walked around the car considering my options. Then, standing next to the rear driver’s-side tire, I bent down, stuck my hand under the bumper and there they were. Clyde and I spent the next couple months together, fishing, going out to lunch, on beer runs, and turning heads in my wealthy, Seattle sleeper-community home. I ran into Tom the following summer. He told me that he hoped Clyde would one day make it all the way to Key West. I chuckled and agreed, but inside thought, “Not a chance.”

January, 2018, on my way to Islamorada, another email from Tom:

Are you in the Keys right now? Would you have any interest in taking a ride in Clyde while you’re down there?

I shook my head in disbelief. A few days later, standing outside Sandy Moret’s Florida Keys Outfitters, I watched as Clyde turned off U.S. Route 1 and lumbered into a parking spot. Clyde looked good—even better than I remembered. The drivers were Harold and Mona Brewer, and they both hopped out, beaming. We introduced ourselves, and pleasantries quickly turned to Clyde stories, like they do when you share the same old friend with a third person.

Then Mona held out the keys for me: “She’s all yours!”

Mona smiled. “We decided that Clyde would be a she while with us.”

As I piloted Clyde around Islamorada for the next few days, I considered Mona’s words and questioned Clyde’s gender. It had seemed a given to me that Clyde was a he, what with the beefy, masculine frame, the greasiness, and the unsightly appearance with questionable reliability. Plus, Clyde seems a troublemaker, an instigator, and a bad influence on its passengers—all classic male traits. 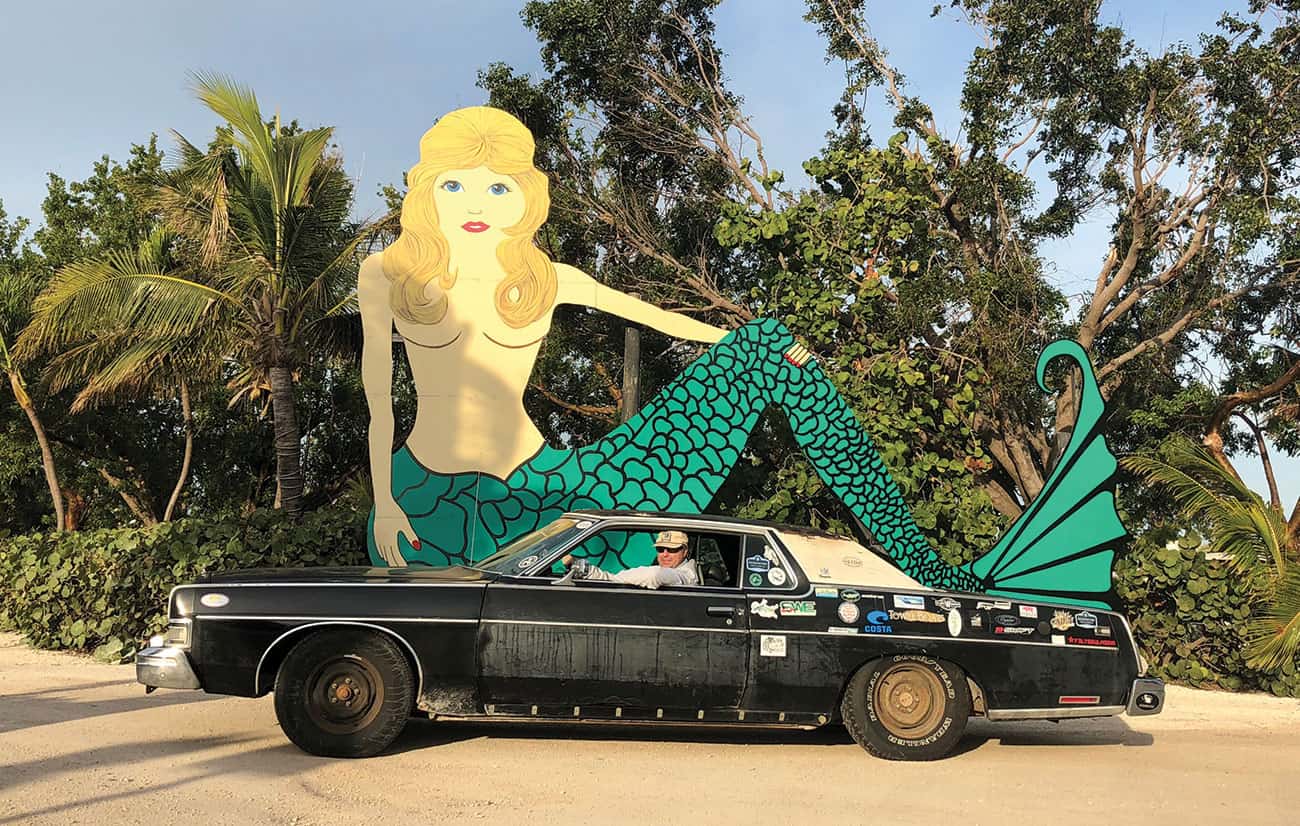 Nevertheless, I consulted the omniscient Internet. According to babynameshub.com (credibility score: low), while Clyde is typically a male name, since the late 1800s, more than 140,000 boys have been given the name Clyde, as have more 3,200 girls.

More interesting is the origin of the name. The River Clyde runs through Glasgow, Scotland, and is one of the country’s national treasures, serving as Glasgow’s industrial lifeblood for centuries. “Glasgow made the Clyde, and the Clyde made Glasgow,” it is said. The Clyde fueled a shipbuilding industry that boomed during the World Wars. I found this fact noteworthy, partly because Clyde the car handles like an old boat, but also because ships are traditionally female. I was starting to wrap my head around the idea of Miss Clyde.

Clyde, male or female, took me fishing. It was cold for the Keys, as evidenced by the guide showing up at the marina wearing jeans. But the temps were also keeping a lot of folks off the water, resulting in us scoring a prime parking spot at the legendary Lorelei Restaurant and Cabana Bar. One of the best parts of hanging out with Clyde is being seen with Clyde, so I made sure to take my time while getting my belongings together. I left the keys on the floor mat: “You steal it, you fix it.”

I’ve always felt that “going fishing” includes thinking or talking about fishing, as does hanging out at the bar after fishing. If you agree, then you could say that Clyde and I were fishing for quite a while that day.

And how was the fishing? Fantastic. It blew all day; our guide told some good jokes; we made fun of my buddy’s zipoff pants; we saw a sawfish; the bartender poured us really strong margaritas; Clyde started on the first try; and I had hogfish for dinner. 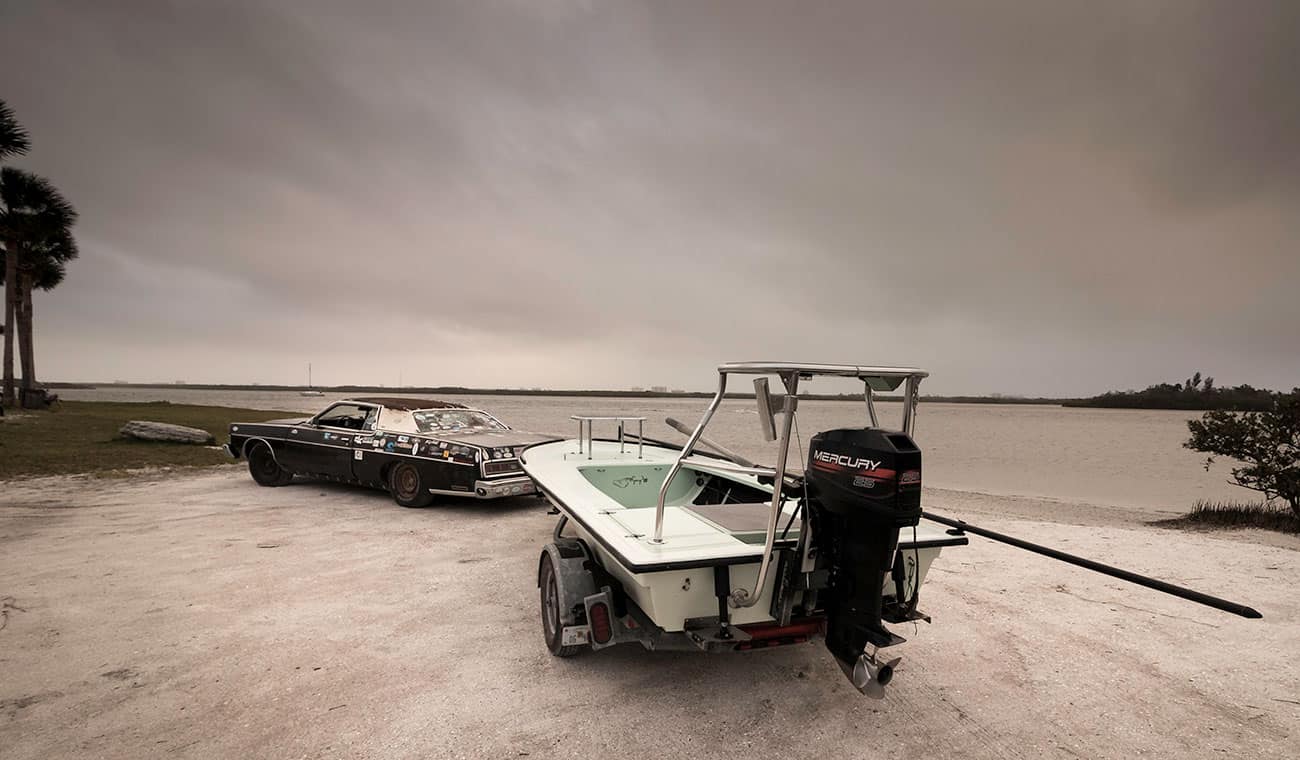 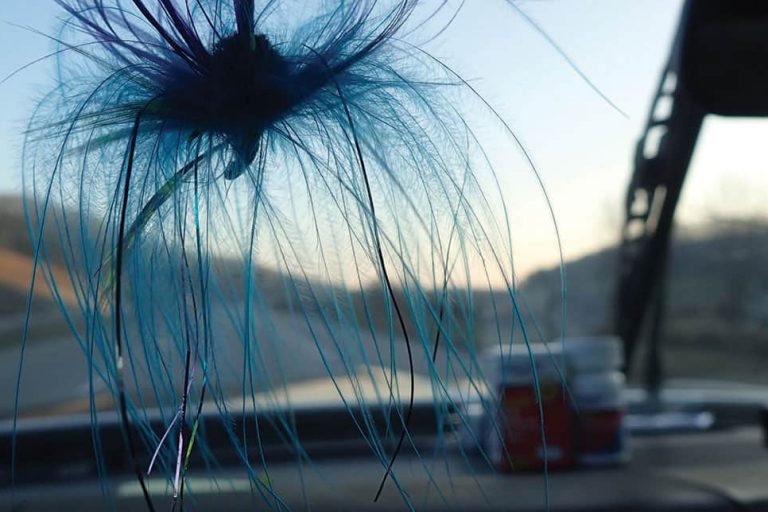