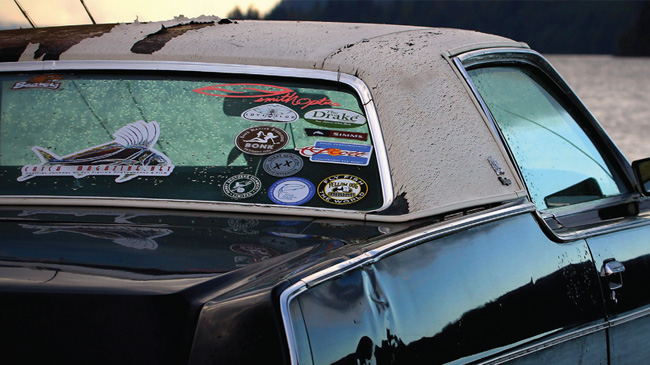 THE LIGHT FADED and the air went still, perfectly matching the low, slack tide of the bay. Several minutes later, leaping coho, some far away, others eerily close, broke the calm.

I watched my line slice through the water as I stripped, then suddenly a small wake formed where I imagined the fly to be. I maintained the retrieve, and after two more strips, it went tight. I could feel the weight of the fish as I stretched line and buried the hook. There was a brief pause as the fish gathered itself, and then the water exploded in a classic coho fight.

I heard bursts of laughter to my right, and when I looked over my shoulder I could see my friend Lucas landing a fish of his own.

“Are you sure?” I asked, skeptically.

“Yup,” he replied, as much to himself as to me, his eyes fixed on the fish. 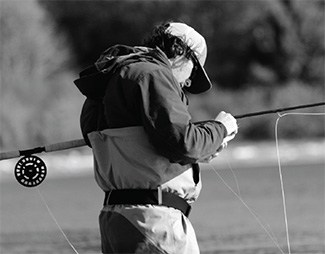 I had just asked a fisheries biologist if he correctly identified the trout in his hands. We looked at each other and laughed again. Then I peered back to the beach, at Clyde, the cooler, and a stack of driftwood.

Earlier that day we’d hopped a ferry west from Seattle, then piloted Clyde through Kitsap Peninsula. Eventually the road turned to dirt, leading to a rocky Puget Sound beach. Clearly, Clyde isn’t the most appropriate vehicle for off-roading, but we didn’t care, and that was part of the fun. His mass and large, questionable engine rocked and banked its way toward our destination. We parked him facing the water, listened as the engine settled, then made camp.

Lucas and I grew up in mid-coast Maine, where our fathers taught us how to fish. We met in high school and worked together at a local fly shop. It was the first time we’d had an equally enthused and similarly aged companion to fish with. Paul, our manager, fueled our fire when he introduced us to poppers and smallies. Until that point, our flyfishing had been limited to cold waters, native brook trout, and salmon. It wasn’t easy, and we were often skunked. But Paul’s smallie pond provided something new and exciting. That summer we fished out of a canoe and came to be known as “The Basstards.” 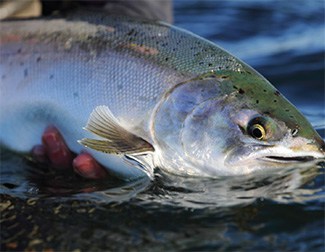 Thirteen years later Lucas and I are still close. Separately, we’ve lived in a couple dozen zip codes since leaving home. But together we’ve fished our way across the country and through New Zealand. Thanks to our jobs, we now live only a few hours’ drive apart. This trip with Clyde was a perfect addition to the evolving friendship that spawned from those humid summer evenings chasing smallmouth. And though our fishing intentions haven’t changed much, the “pond” has morphed a number of times.

Puget Sound, for instance, holds a mixed bag of opportunities. Coastal cutthroat can be caught year-round, and all five species of Pacific salmon return to the sound and its drainages. Hit it right and it’s tough to beat. The beach fishing for coho can be particularly good. You’ll watch a pod approach from a couple hundred yards away, and when they hit, they hit hard. So with the last of the season’s silvers filling up on bait before entering freshwater, we loaded Clyde with 7- and 8-weight switch rods, shooting-heads, and barbell-eyed baitfish. Then we charted our course.

The next morning I awoke to rain on the tent fly. Checking my watch, there was still time before the tide rolled in. As I lay there in half-sleep comfort, it poured harder, then gradually eased. I heard Lucas stirring in his tent. Stepping out of mine, I eyed Clyde and chuckled. I don’t think I’ll ever tire of seeing him and his equally at-home yet out-of-place qualities. Calm morning mist hovered. Light rain dotted the bay. It was perfectly Pacific Northwest. 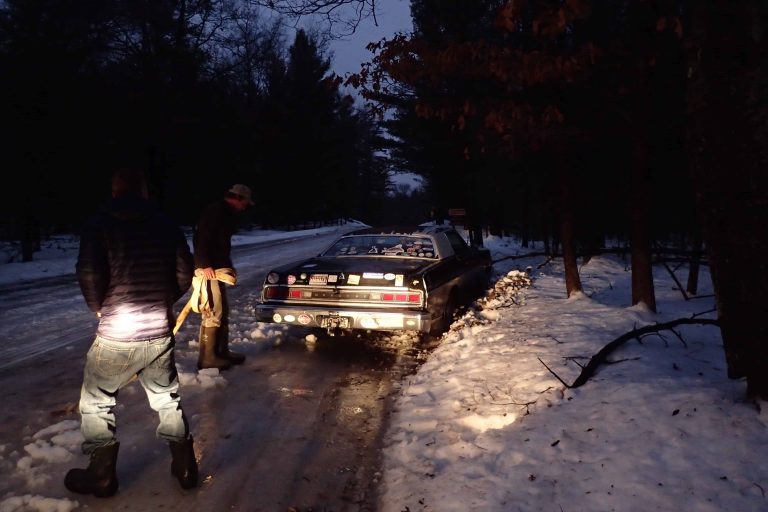