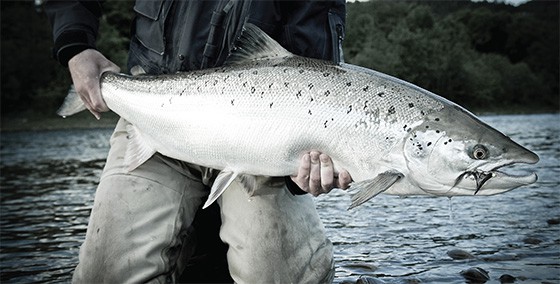 A summertime story for the mid-winter blues.

IT STARTS IN HIGH SUMMER, in Labrador, that land of windswept crags, quaking bogs, and enthusiastic blackflies. “The land God gave to Cain,” as the explorer, Cartier, described it. Well, it is my sincere hope that the sumbitch took along a fly rod.

I sure did. I’m on assignment, chasing down a mineral prospector who hit it big—really big—when he stumbled upon what would eventually become the world’s richest nickel mine. He’s done various things with his considerable dough. One of them: A lodge on the Hunt River in northern Labrador, just 70 miles or so from the spot of his fortunate discovery. The man is wholly obsessed with fishing. After hearing about his annual fishing program—three months in Labrador chasing Atlantic salmon, six months hunting tarpon in the Keys—it’s unclear to me how exactly he manages to run his various mining businesses and venture capital funds. The man is from Newfoundland, and he fishes in the willful manner characteristic of folks from his island. He does not like to rotate through pools, preferring instead to find a fish he favors, then casting over it until he or the fish succumbs. He once spent nine straight hours on a single fish, pausing only to sip water. He eventually landed the 25-pound Atlantic.

I meet him in Labrador, a place where there seems to be more black bears than people. It’s an ideal spot for introverts. One day, the man invites me to join him on the upper Hunt, above the mammoth first falls. The section was never fished by the previous owners of his camp. There are 20 pools on the upper section. Only seven of them are named. The camp rule: If you land and release an Atlantic of 20 or more pounds in an unnamed pool, you get the naming rights. The hair stands up on the back of my neck when I’m told this. I realize it sounds petty and self-important and self-aggrandizing, this chance to name your own salmon pool. But it does offer something: A rare shot at a tiny slice of angling immortality. Salmon pools are sacred things and are rarely, if ever, renamed.

The man and I take a bumpy, uncomfortable ride in an ATV on a rough-cut trail that leads us to a canoe tied to a tree above the falls. We work our way upstream. I quickly run through the questions I have for the man, to get his story. I have fishing on my brain now, work be damned. The man seems to understand this. He cuts right to the chase with his answers, giving me what I need. Then we stop at a pool. “This one doesn’t have a name yet,” he says. I tuck my notebook into my slingpack and tie on a fly, the first of a dozen I will go through that day. I decide to emulate the man. I find two big fish finning in the clear current, two silver logs. One is larger than the other. It’s a pool-namer, I am sure of it. Not certain about the other one…

I start with a dry fly, a big orange-hackled bug, a Labradorian staple. Nothing. I switch to a Blue Charm, a salmon-world staple. Nothing. I pause to take huge slurps of water, to ponder the 300-year-old spruces swaying in the breeze, to listen to the roar of the falls when the wind shifts in our direction and, yes, to run through my list of potential pool names. This feels like a jinx, but I can’t help it. Should I name it after my wife? That would be the gentlemanly thing to do. Name it after myself? One of my kids? All of my kids? After my favorite band? My favorite salmon fly?

I keep casting. The day has somehow begun to slip away, the light getting flatter. The man is downstream from me, casting. We are together, but in our own worlds. We have forgotten to eat lunch. I tie on a Green Machine, the fly with which I caught my first Atlantic salmon 23 years ago as a teenager. Newfies fish it like a dry fly. I like to swing it just under the water’s surface and watch its wake. I cast. Both fish move, ever so slightly. Blood pounds in my ears. I cast again. The smaller of the two fish lifts off the river bottom and arcs toward the fly and snaps at it. I set the hook. It’s a big fish, big enough that if you lost it, you would say, “It was high-teens, maybe 20.”

The man hears the commotion and reels up and makes his way upstream to me, putting on his tailing glove as he wades. I lead the fish to him. He expertly grabs its tail. I hold my breath as I walk down to him. “Nice fish,” he says. “Really nice.” My throat is parched. I know the answer already, before I even see the fish. The man looks at me and shrugs. I grab a hold of the fish. Its gills pump in oxygen. And then I let my 15-pounder go.

IT ENDS IN EARLY FALL, with my last cast on the Margaree River in Cape Breton, Nova Scotia. This is a public river. You do not pound a single fish here. The local unwritten rule: Make a cast, retrieve it, step down. I’m on a family vacation. Wife and kids. We are at the cabin, just finished. There is work to be done, the endless fine-tuning. There are hikes and picnics and naps. There is not much time for fishing. One hour in three days, to be exact. I wouldn’t have had it any other way.

But on the last morning, I cannot fight the urge. The eight-monthold is up early. I’m on duty. I fix her a bottle as I make myself some coffee. Outside, I put on my waders, string up my rod. I strap the baby into the Bjorn. I look around self-consciously even though we are in the middle of the woods. What I’m doing may not be illegal, but it certainly lacks common sense. I imagine my photo, with my mouth agape, the face of the guilty, showing up on some website that outs stupid fathers. We walk down to the river in front of the cabin. I am relieved that no one is in the pool. It is cool out and windless. I start high, cast and step, cast and step. The baby strapped to my chest kicks her legs and peers down at the moving water. I reach the sweet spot, right by a huge submerged rock, and slow it all down. I cast my orange spey fly and watch the line move over the rock. The fly is crushed, the fish thrashing. The baby coos with delight. I have the fish on for maybe five seconds, then it is lost. I decide I won’t push it anymore, and reel up.

MONTE BURKE’S latest book is 4th & Goal. It’s about football and business and a coach named Joe. You should read it, because it’s a really good book. 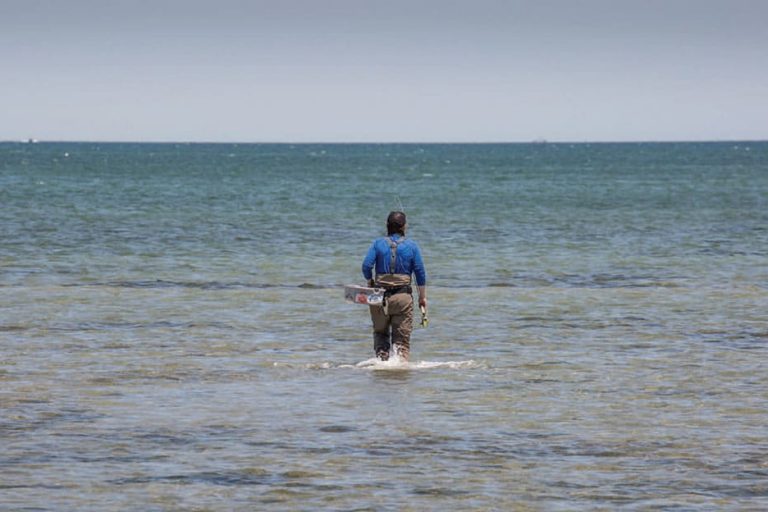 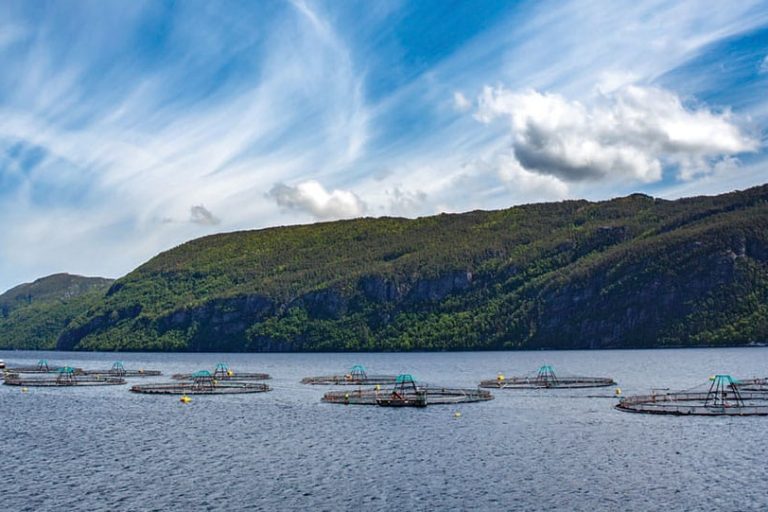 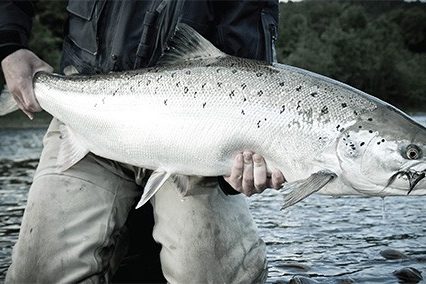 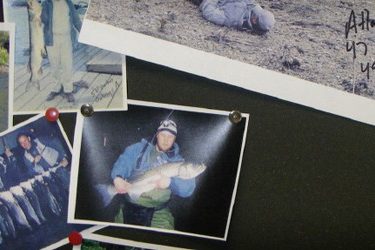