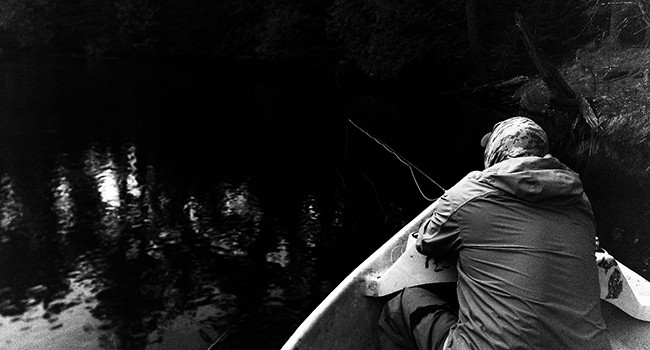 “You’re such a bass fisherman,” I shot at Matt after seeing his approach on a late afternoon riser. His silence hinted that the joke didn’t register. Matt is one of the best bass flyfishers I know, and fishes for trout with a bit of a heavy hand.

We went through a series of quick presentation fixes to help him out—subtle stuff that makes a difference in the world of pressured trout. As I watched him work on each new technique, I realized that I probably fish for bass like a trout angler.

Evening air temps finally fell below 70-degrees F., and I parked the boat to wait for the evening rise on a stretch of river that should have had more bugs by then. There were groups of hennie spinners here and there, some borchers, mattress thrashers, and the odd mahogany.

Matt laughed at the trout culture lingo as we drifted downstream to another spot.

I pulled anchor and moved to a different hole; one that I’d never experienced during the evening rise, but one I always suspected held a good fish or two. Just as we drifted into the zone, I spotted a large trout sipping mayfly spinners. Going back to his bass-y roots, Matt was up and casting before the boat stopped. His first shot sailed about eight feet too far with his fly line splatting just about where the fish rose. 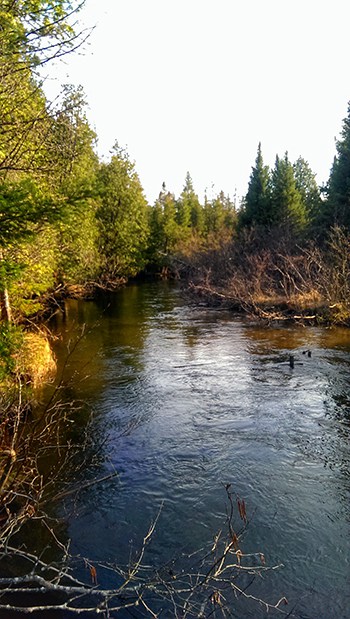 “Shorten up by about ten feet,” I said, expecting his next cast to be about two feet farther than where I wanted it. But he hit the mark, with no response from the fish.

“Wait for it to rise again before you cast,” I said

Matt stood at the bow while I stared at the water trying to figure out the best way to offer the trout a better drift. As I watched, I realized that this fish was sitting in a vault that even John Dillinger would have found tough to crack. I pulled anchor and drifted down and away from the fish before rowing back up the opposite bank and parking almost in the exact same spot, but just slightly upstream. Twenty minutes later we started seeing borcher spinners on the water and the fish rose again… then again, and again.

But the current speeds and directions were too funky to get a good drift even at close range. After several failed attempts, we decided to switch positions. I pulled anchor, drifted downstream and across from the fish, and stealthily walked the boat back up the opposite bank. We crossed at the top, anchored above the fish, and then I released the brake hoping the current would push us into prime position.

Matt made several great casts but it was too late. The bugs, and what I’m sure was a monster trout, stopped. We tried one more angle and several more shots to coax the fish to the top. No go. On this day, the trout won.

“Trout are bitches,” I said. Matt laughed as he swiveled the front seat around and stuck his fist out. I bumped my fist into it and he seemed genuine when he thanked me for trying hard to help him figure out that fish. A little later, as we rowed out in the dark, I said, “That was your donko-corno-saurus-rex.”