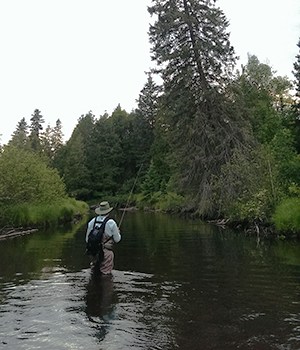 The joy of hex

Hex time marks the biggest shitshow in the North Country, bringing every sizeable trout and big douchebag out of hiding. The spot you’ve scouted all season will inevitably hold some guy from Tennessee. And so far this year’s hatch has seen the best anglers fishing in the worst conditions, while the anglers who struggle are scoring the best bugs and weather.

There have been frustrating moments that have strengthened my salty opinion that guided trips are a great way to learn where to fish and not great for learning how to cast. Grasping basic casting before you go with a guide will not only enhance your trip experience, it will save you money. Take our area’s typical rates for example. A full-day float is about $350 at roughly $40 per hour. Half-days go $250 at about $50 per hour. So, you can pay $25 an hour to learn how to cast with a private lesson, or you can pay a lot more to learn how to cast during a guided trip. Pretty basic math.

My Friday night trip cancelled last-minute, which often equals bad math. I don’t mind when someone bails because I still get to fish, but this guy left me without a deposit. Luckily, my friend Jim was in town from southern Ohio and happily took a seat in my boat for the evening rise. We started with spaghetti at my house and then did some gear swapping. I traded Jim an old bamboo rod for his Martin MG3 click-pawl reel, with the sweetest sounding drag I’ve ever heard.

On the water a few hours later, we waited for bugs. And just before dark hex spinners blanketed the river. It was like a dump truck poured them out somewhere upstream, yet the fish were eerily absent. It wasn’t till the bugs dwindled down to a few dozen here, a few dozen there—and emergers started popping—that we heard the first fish rise. 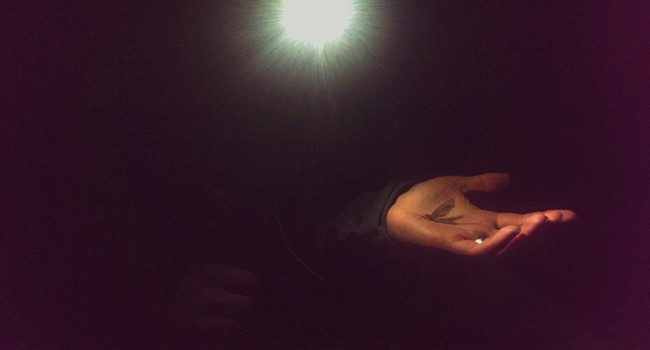 I pulled anchor and moved the boat into position through moonlit cigar smoke. Right away, we knew it was a good fish. Dew diluted my whiskey in an old tin cup as I zoned out on each drift, letting out six more inches of line and reaching farther upstream on each cast. And then, somehow, it ate my fly.

“Got him,” I said, rather perplexed that out of all those bugs on the water, it chose mine.

I pulled my palm away from the spool and the old MG3 roared like a Harley. Perhaps it was the whiskey, or the lack of sleep over the last week, but I couldn’t help but uncontrollably hoot and holler and laugh hysterically at the sound. It was like the first time I found out how loud doubled-up playing cards strummed by bike spokes sounded as a kid.

Jim snapped a quick pic of the fish and we watched it swim back into the black. I immediately emailed the photo to the client who’d cancelled, making sure to let him know what he missed.