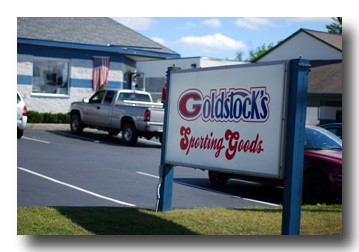 When I moved to an Albany, NY suburb from northern Michigan five years ago, my first priority was to find the closest flyshop. At my new place of employment, I walked through a maze of cubicles, searching for the most outdoorsy looking guy in the building.

“We don’t really have one.” 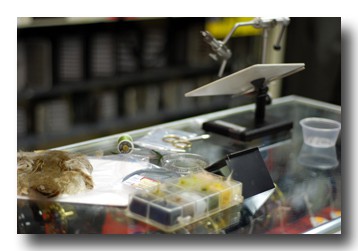 “But there is a sporting goods store that I think has some flyfishing stuff in back in Scotia. It’s called Goldstock’s Sporting Goods.”
In my head, I pictured a Walmart-like selection of fles and beginner rod/reel combos tucked away between soccer balls and treadmills. He gave me directions and I decided to go check it out after stopping in HR to fill out the rest of my new-hire paperwork at the end of the workday. As I made my way through the front door, I was greeted by several employees who told me that the flyfishing stuff was all the way to the rear of the store. Without much hope, I walked past the baseball bats, athletic apparel, and hockey sticks. I walked through a small area packed with skis and snowboards. And then I saw rod tips reaching for the ceiling.
Cue the angelic chorus.
“Anything I can help you find today, sir,” a friendly voice asked.
“Naww, I’m just checking out the flyfishing stuff.”

“Well if there’s anything you need, feel free to ask.”

When asked what he enjoys about Goldstock’s, local outdoor writer Morgan Lyle said, “I learned a great deal of what I know about flyfishing at Goldstock’s—from the staff, but also from the clientele. It’s the kind of place where people stand around the sales counter and talk about the fishing.” 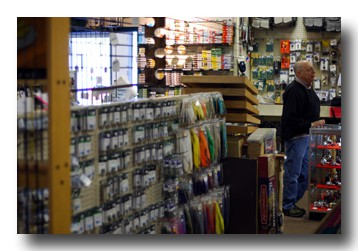 Scotia, NY isn’t exactly Trout Town USA. There are a few local streams that get stocked with test-tube trout. But the best local fishing options are for smallmouth bass and other warmwater species in the Mohawk and Hudson river basins. Despite this, the local TU chapter is one of the largest in the country. To get their fix, members have a plethora of options within a three hour road trip: the eastern Lake Ontario tribs, the Cape Cod surf, Montauk, the Catskills, the Adirondacks, the Housatonic and Farmington rivers in CT, and Lake Champlain, just to name a few.
This means that on any given day, a person drinking coffee in front of the Goldstock’s fly bins—which are filled by local tiers—can expect to hear reports on everything from stripers to steelhead, from muskies to brookies, and from backcountry mountain ponds to inner city brownlining.
Lyle adds, “I would just stand around and listen to them talk about what flies the steelhead were biting, what hatches were coming off, where the stripers and albies were, and I would just soak it.”
Shortly after I made my way through each aisle of flyfishing and flytying gear on that first visit to the shop, the guy who was tying flies behind the counter offered me a cup of coffee. We had a lengthy conversation about the area’s waters, flytying, and other random topics before I walked out the door two hours later—a little less homesick. 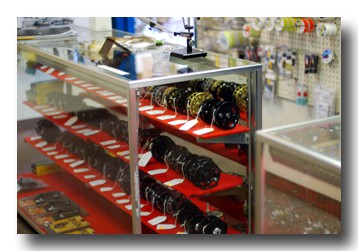