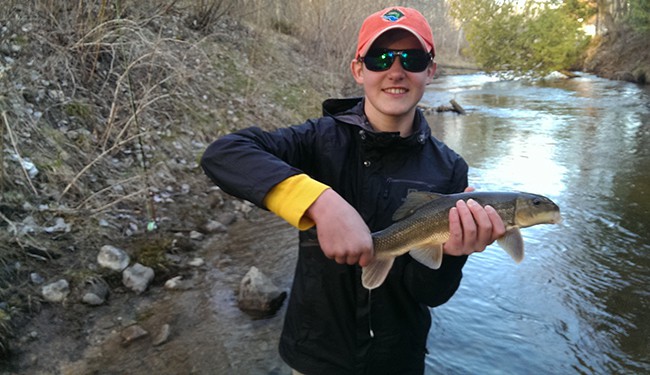 My toughest client is my teenage son, Coleman—his friends call him Cole. Now, you might say taking a kid fishing doesn’t count as guiding, but you couldn’t be more wrong. Taking a kid fishing is the best practice a guide can get, especially when it’s your teenager, because they know pretty much everything and don’t need your help.

I don’t know what the biological mechanism responsible for this is called, but my parents call it karma.

The spring sucker run is going in full force, and I figured it would be a great way for Cole to have some fun catching fish while I practiced teaching a new nymphing technique I’d learned from John. Cole picked it up quick and put a half-dozen suckers in the net. There was a group of bait fishermen walking down the bank, and Cole took his sweet ass time over-dramatically releasing his last sucker to make sure they knew he’d just caught a fish. Smirking, I asked, “What the hell are you doing?” He knew he was busted and laughed.

On the drive home he said, “Dad?”
“Yeah?”
“Can I bring a friend fishing with us sometime?”
“Sure! Just make sure they think we’re fishing the Au Sable.”
“I know, all my friends at school already think that’s always where we go.” 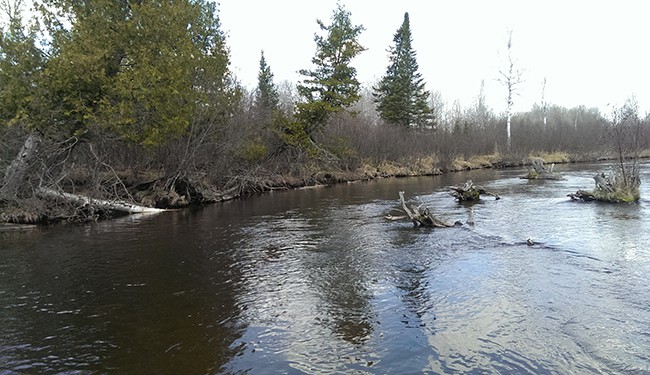 The arrival of bugs means I’m on the water every day now. I started out the other morning getting skunked chasing steelhead. After losing a couple dozen flies to submerged timber, I reeled in and swung over to the Au Sable to see if the brook trout had finished hibernating. They had, and despite no significant bug activity, they were looking up. Sometimes they’d take on a dead drift, but most fish would chase the fly down after I gave it more cowbell—a small twitch, or a big twitch that would actually pull the fly under before the Albolene floatant made it slowly resurface. 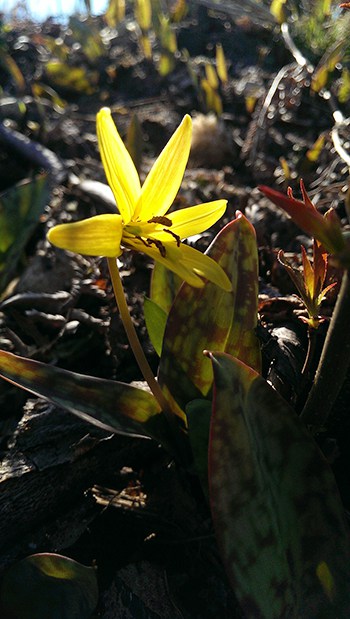 I took my daughter’s prom pictures that evening, went grocery shopping with my wife, and then launched the boat on the mainstream for the first mousing trip of the year with Chad. Mousing is best in late summer, and other than the current date on the calendar, it felt exactly like a summer night… minus the mosquitoes. Air temps rose above 50-degrees and you could smell campfire smoke, possibly from the forest fire north of St. Helen.

We drank summer micro-brews and listened to spring peepers. Every now and then, I’d hear what sounded like a nice fish rise. So I’d drop anchor and we’d sit and wait for the fish to reveal its location. But there just weren’t many bugs on the water for fish to feed on, and that second rise never came.

Chad missed a fish blind casting a stimulator, then had another fish just below a log jam go after his mouse. “Go after” is an understatement, that fish just plain blew that mouse up. Every time a fish takes a mouse is an adrenaline rush, but the first mouse attack of the year is always the best. We’ve been waiting 8 months for that fish. Under the light of the full moon, I watched Chad’s eyes explode open as he set the hook and yelled, “Holy shit!”

“I never felt him,” he said.
“I’m gonna bring you back around for another shot,” I said, while circling the boat away from the fish and maneuvering it back upstream.
“You ever get them to go again?” he asked.
“Usually no, but sometimes.”

But not this time.

We finished out the float and I got home at about 3:30 a.m., wide-awake and simultaneously so tired I felt drunk.

[Read more from the “Season Two” series: Part I and Part II]